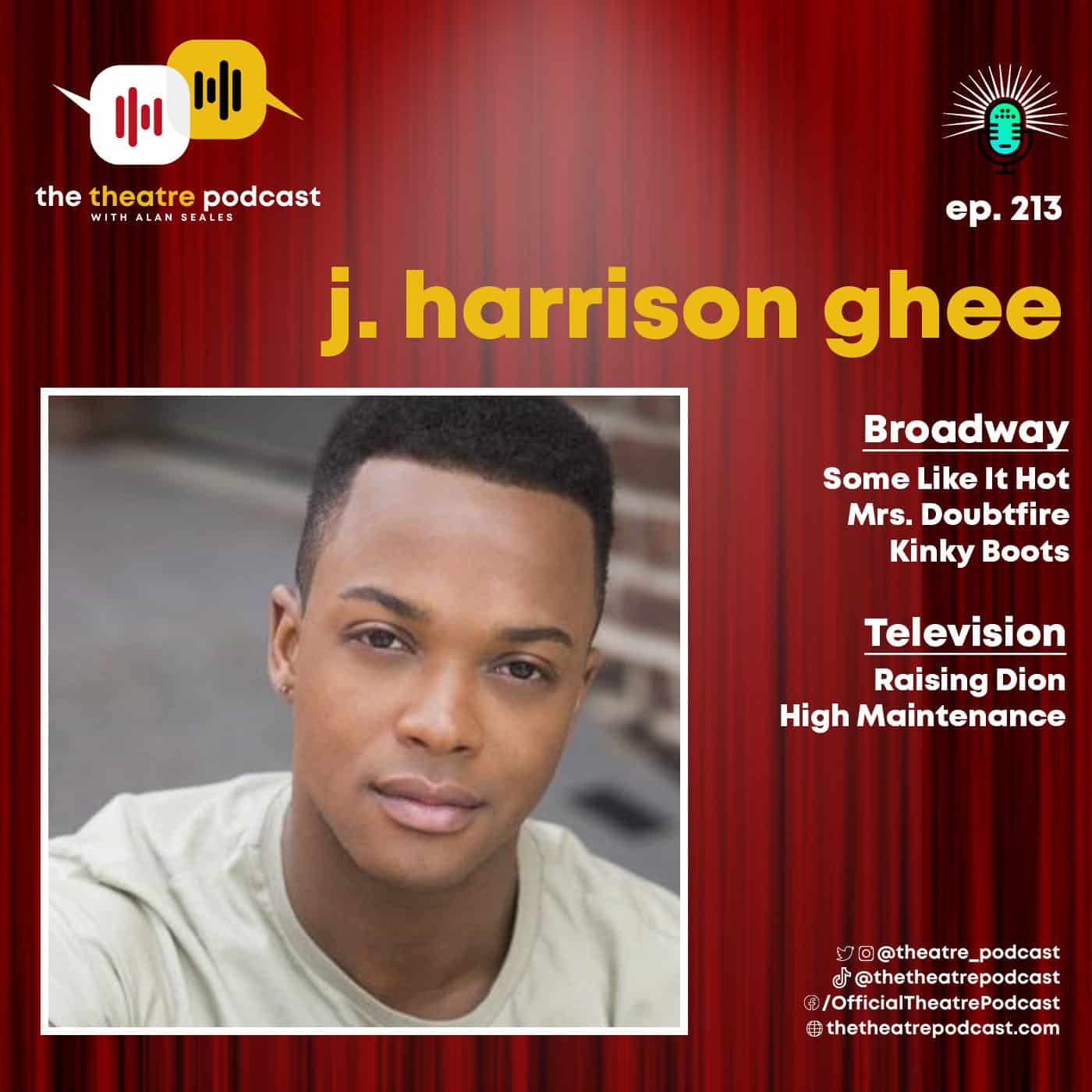 J. Harrison Ghee made their Broadway debut as Lola in the Tony-winning musical “Kinky Boots” where they received recognition for their performance. J. briefly talks about their humble beginnings, from coming out to their parents and leaving their hometown in North Carolina to pursuing their dreams and sharing their talent with the world. They share some of their stage credits, including their role as Velma Kelly in The Muny’s “Chicago”, which was played by Catherine Zeta-Jones in the movie. They have been breaking gender barriers when it comes to casting and how we imagine traditional roles. J. also talks about drag as one of their passions, the importance of thinking outside of the box as an artist, and why “you have to free yourself to see yourself”.

J. Harrison Ghee is a Broadway actor and drag artist born and raised in North Carolina and is currently based in New York City. They have performed all over the world, and made their Broadway debut as Lola in “Kinky Boots” the musical and has received recognition for their performance. They originated the role of Andre Mayem in “Mrs. Doubtfire”, and will appear as Jerry/Daphne in the 2022 stage musical “Some Like It Hot”. Their TV credits include HBO’s “High Maintenance” and the Netflix series, “Raising Dion”.