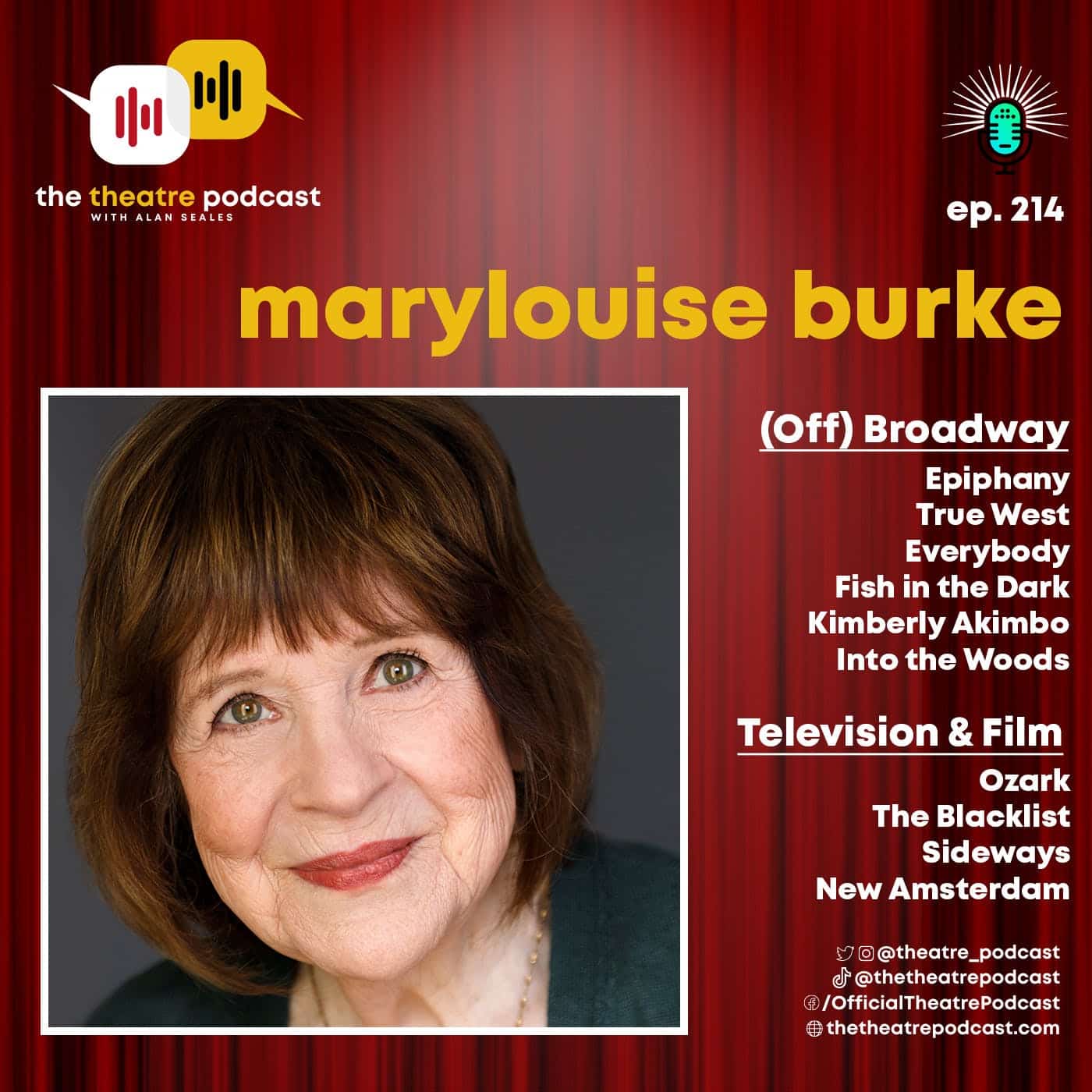 Ep214 – Marylouise Burke: She’ll Give You an Epiphany!

With a career spanning decades, Marylouise still finds joy in acting and is now starring in Brian Watkins’ new play “Epiphany” as Morkin at Lincoln Center Theater. She chronicles her journey of pursuing her dream of becoming an actress, from switching majors and going to grad school to getting a day job and attending an acting school, and eventually moving to New York during the 70s. She recalls what it was like doing free theatre in New York in the 70s and then gradually taking acting seriously. She talks about doing TV and movies, getting the role of Morkin for “Epiphany” and how she connected with her character immediately, and the theatrical experience she hopes the audience will get from the play.

Marylouise Burke is an actress who has appeared in numerous Off-Broadway plays, including “Ripcord”, “The Broken Pitcher”, “Kimberly Akimbo”, “Fuddy Meers” where she won Drama Desk Award for Outstanding Featured Actress in a Musical for her role as Gertie, and the latest one, Brian Watkins’ “Epiphany”. She has also appeared in various films and television shows including “Sideways” where she played Phyllis, the lead character’s mother, “Ozark”, “30 Rock” “The Blacklist”, “Fringe”, “Hung”, and “New Amsterdam”. Her Broadway credits include “Into the Woods”, “Is He Dead”, “Inherit the Wind”, “True West”, and “Fish in the Dark”.