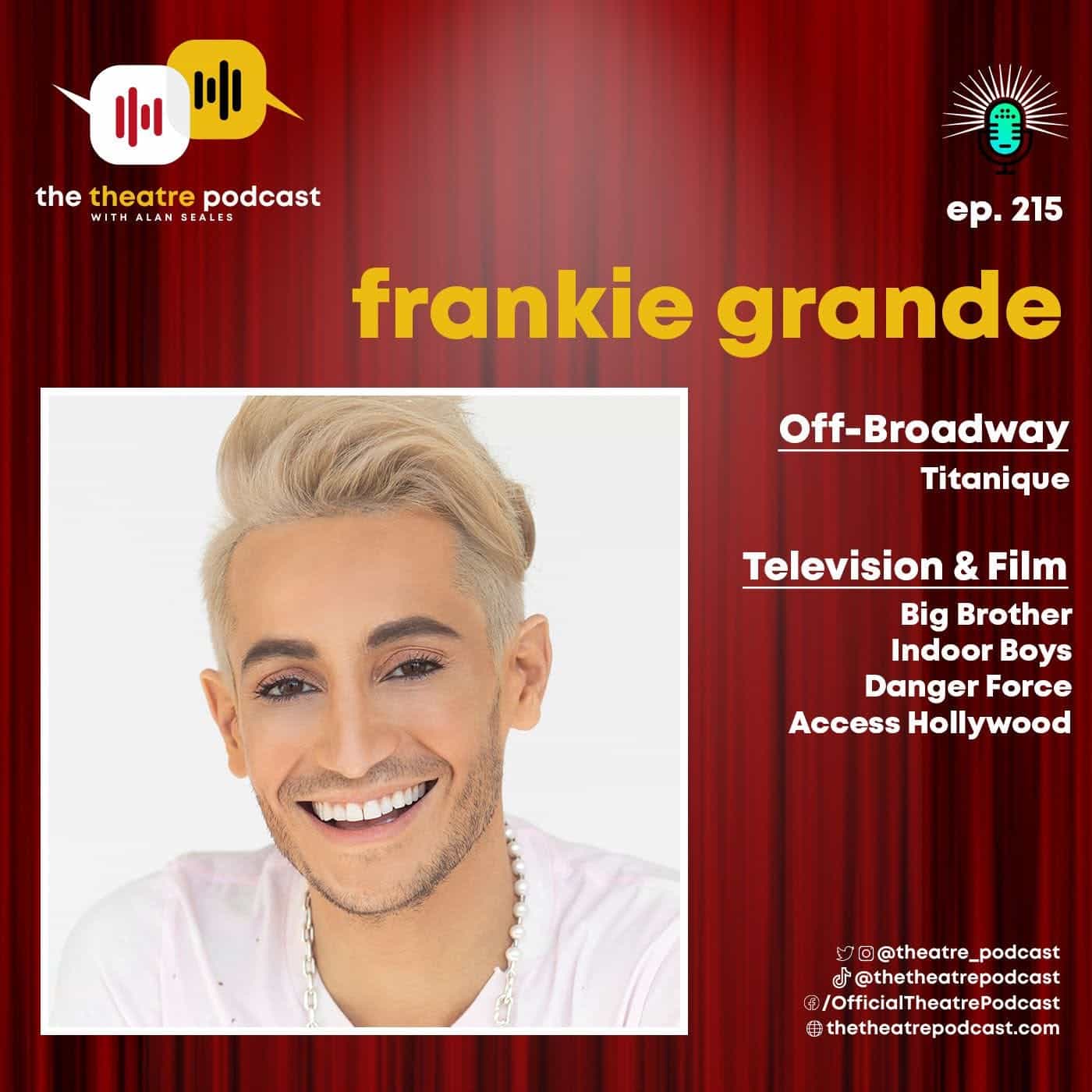 A man of many talents, Frankie Grande is currently playing Victor Garber and Luigi in the Off-Broadway production of “Titanique”. In a parallel universe, Frankie went to med school and became a doctor, but in this universe, he’s an unstoppable, multi-hyphenate creative and philanthropist. He speaks candidly about his upbringing, triple majoring in college, meeting Celine Dion, paving the way for his sister, Ariana Grande, and why he’s a “chronic 15-minute late person”. Frankie talks about starring in “Mamma Mia!” where he made his Broadway debut, and eventually produced shows on and off Broadway which include “Hamlet”, “La Bête”, and the recent Tony-winning production, “Dana H”. He shares his philanthropic work and why he does it. He also opens up about his alcoholism and drug addiction and how getting diagnosed helped him, and why you need to give yourself permission to fail and feel exhausted.

Frankie Grande is currently starring as Victor Garber and Luigi in the Off-Broadway production of Titanique. An actor, philanthropist, dancer, singer, model, producer, television host, and YouTube personality, Frankie began his Broadway career on stage in “Mamma Mia!”. His other stage credits include “Rock of Ages” and “R.R.R.E.D.”, the Off-Broadway revival of “Pageant”, and the regional production of “Crazy For You”. Frankie is also known worldwide for starring in the hit reality TV shows “Big Brother” and “Celebrity Big Brother UK”. His credits for TV shows and movies include “Haters Back Off”, “Henry Danger”, “Worst. Post. Ever.”, “’Spree”, and more. He also has credits as a Broadway producer, which include “Hamlet”, “La Bête”, “Dana H” and “Born Yesterday”. As a philanthropist, Frankie is a founding member of Broadway in South Africa, a global arts outreach group. In 2014, he was awarded by buildOn with their Global Impact Award for his charity work in Malawi.