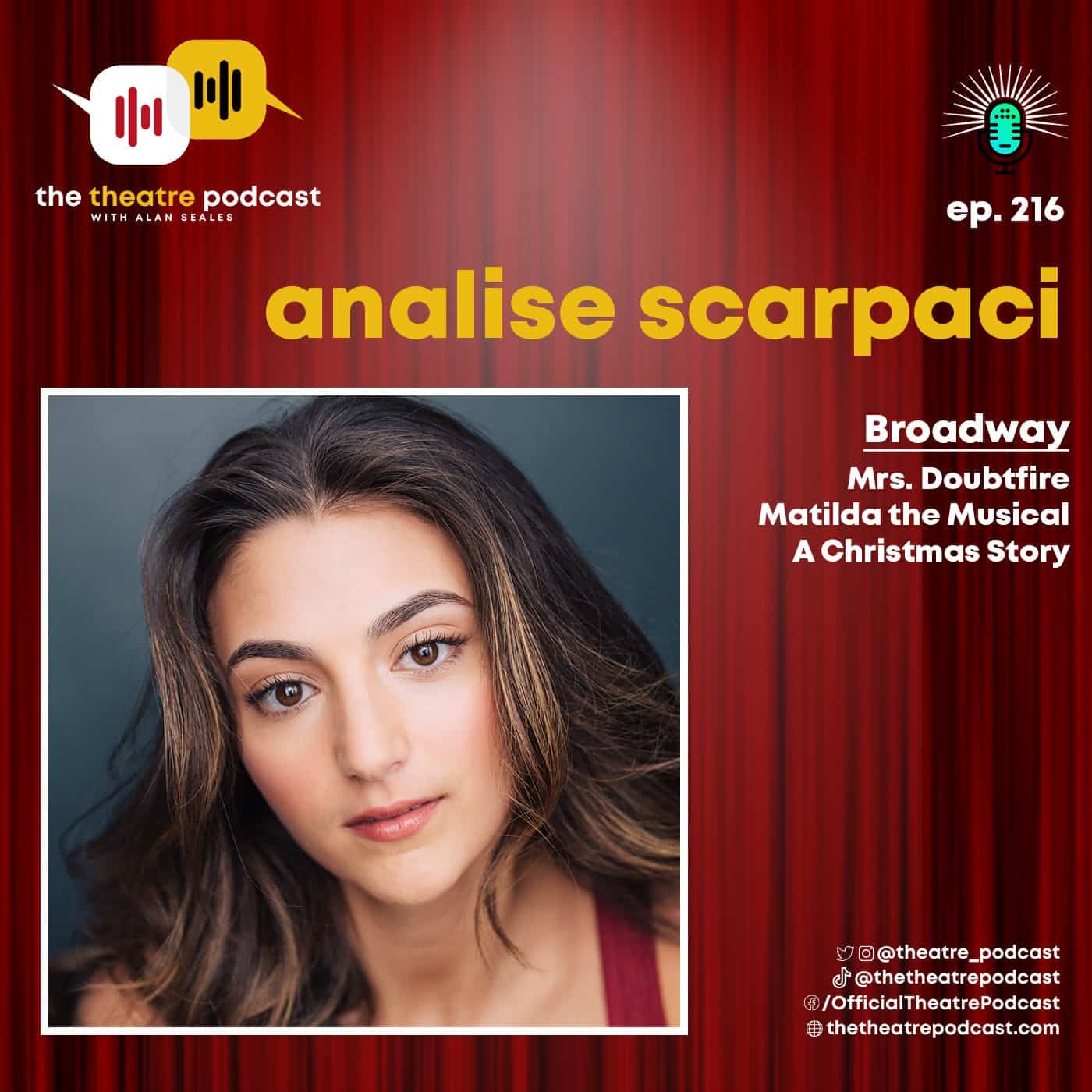 Ep216 – Analise Scarpaci: Mrs Doubtfiring Her Way Into Our Hearts

Analise Scarpaci is a powerhouse performer who landed her first principal role as Lydia Hillard in “Mrs. Doubtfire”. She talks about how she coped when the pandemic hit, including playing the guitar and recording her first EP, “Pathetic Little Dreamer”, finishing her Bachelor’s Degree in Musical Theatre, and why it was a blessing in disguise for her when “Mrs. Doubtfire” got postponed. She shares why she got into performing, which started with her parents’ love for Phantom of the Opera, listening to Shirley Temple, and seeing “Billy Elliot”. Analise also talks about what it was like to perform as a child and do eight shows a week, swing into multiple tracks, get notes for mistakes, and why despite the pressure, she appreciated being treated like they were adults—which framed the artist that she is today. She talks about how she got the role in “Mrs. Doubtfire”, recording the cast album and why she found it difficult. Analise opens up about getting diagnosed with Crohn’s disease, and what pushed her to pursue her dreams, despite the odds.

Analise Scarpaci is a New York-based performer who made her Broadway debut in the ensemble of 2012’s “A Christmas Story, The Musical” as Esther Jane. Her other stage credits include “Matilda the Musical”, “Lolita, My Love”, and “Mrs. Doubtfire” which was her first principal role as Lydia Hillard. Analise has also appeared in short films, including “Thespians” and “We’re Gonna Come Back”. She recently released her debut EP, “Pathetic Little Dreamer” which received positive reviews. Analise has also done activist work and has raised money with her walking group, Broadway for Bellies, and is currently giving private coaching and lessons to teens and kids as one of her passions.