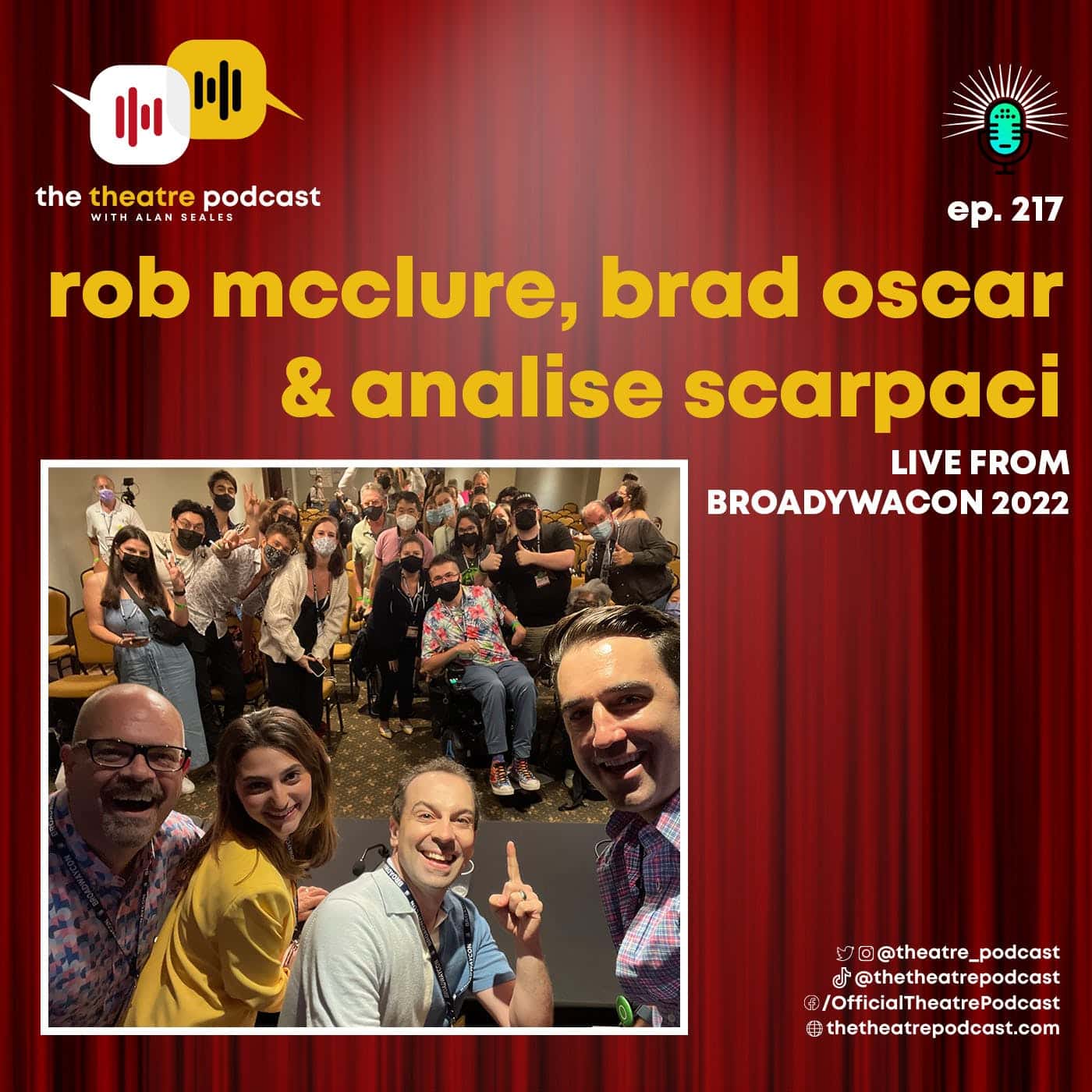 A LIVE panel discussion with Rob McClure, Brad Oscar, and Analise Scarpaci of “Mrs. Doubtfire” talking about the roller coaster of being part of a Broadway show during a pandemic and the bond formed as they all dealt with the effects of COVID, including their show getting postponed. Rob recalls what it was like playing a role originally played by Robin Williams, and why he thinks the greatest adaptations of either material or performances are those that try to imitate how it made the audience feel. Analise shares her experience working with Rob and Brad, and how she helped her younger co-actors in the show. Coming from two shows back to back that dealt with serious matters in a comedic way, Rob shares the positive reception they got from people, and why comedy is such a good genre in that “you come to laugh and then through laughter we crack you open so that in the end we can deliver a message”. Brad supports this by sharing how doing comedy is a means of catharsis. Rob explains the term “actually actually” that he cherishes particularly in comedy, and how acting is “reacting truthfully to imaginary circumstances”. The three also talk about their favorite scenes, rehearsal as playtime, and the learnings they got from being in “Mrs. Doubtfire”.

Brad Oscar has been seen on numerous Broadway shows, including “Something Rotten!” and “The Producers” where he earned two Tony Award nominations for his performance. He has also performed in “The Big Fish”, “Nice Work…”, “The Addams Family”, “Spamalot”, “Jekyll & Hyde”, “Aspects of Love”, and “Mrs Doubtire” among others. His Off-Broadway and Regional credits include “Damn Yankees”, “Forbidden Broadway”, “Sweeney Todd”, and both the “Phantom of the Opera” and “Young Frankenstein” national tours. He has also appeared in movies and TV shows such as “Ghost Town”, “The Producers”, “Madam Secretary”, “Smash”, “The Good Wife”‘, and “Law & Order”.

Analise Scarpaci made her Broadway debut in 2012’s “A Christmas Story, The Musical” where she played the role of Esther Jane. Her other stage credits include “Matilda the Musical”, “Lolita, My Love”, and “Mrs. Doubtfire” which was her first principal role as Lydia Hillard. Analise has also appeared in the short films, “Thespians” and “We’re Gonna Come Back”. She recently released her debut EP, “Pathetic Little Dreamer” which received positive reviews. Apart from performing, Analise has also done activist work and raised money with her walking group, Broadway for Bellies, and is currently giving private coaching and lessons to teens and kids.