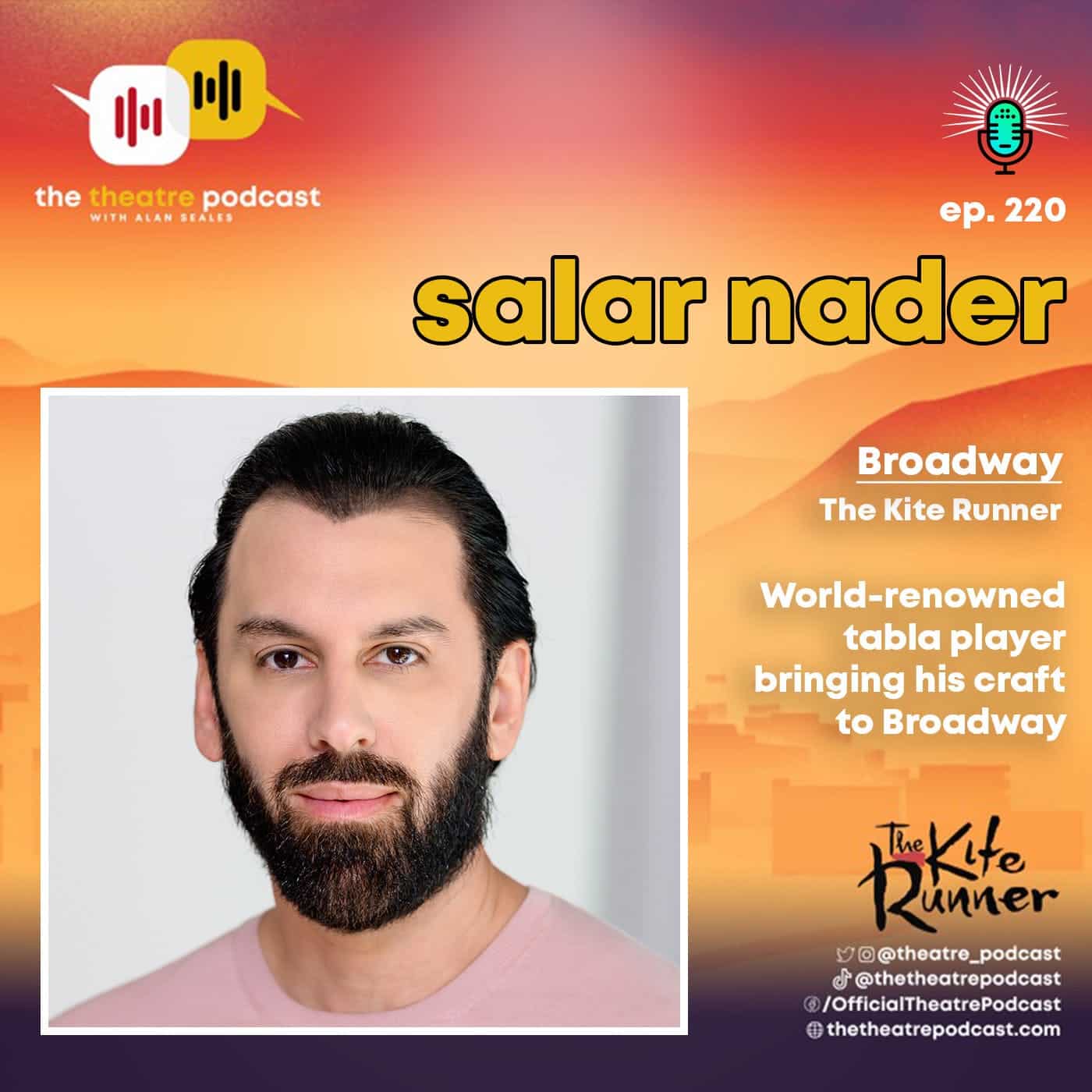 With years of training with the best teachers, including Grammy award winner Ustad Zakir Hussain, it’s no surprise that Salar Nader is considered percussionist royalty. Apart from being the tabla artist and creating additional arrangements for The Kite Runner, Salar has also performed for the hit show and is playing the tabla for its current Broadway run. Salar passionately shares the history of tabla and the tradition that comes with it, treating instruments as a living entities and why it’s important for him to connect with an instrument before playing it. No matter how long he’s been playing and making music, Salar still considers himself a student who has more to learn–whether it’s from performing or from the cast. He shares a story of buying three sets of tablas in 2020 to use for Stanley Clarke’s concert, not knowing that the world is going to shut down two weeks later. He talks about the longevity of tablas, and why he would usually have a secret backup off stage in case they break on the spot. Salar recalls how he met Khaled Hosseini in the late 90s and how he eventually ended up making music for the Kite Runner’s stage adaptation. For Salar, music has no boundary and is the most peaceful way of connection. He shares the emotional aspect of playing music for Kite Runner, and why it gets heavy at times.

Salar Nader is a percussionist, composer, producer, beat maker, and one of the most sought-after Tabla virtuosos of his generation. He started his music career at an early age, doing classical training with Tabla bols as his main concentration. He also began studying with the Grammy award-winning Tabla virtuoso, Ustad Zakir Hussain, at the age of seven. With years of training and experience, he has become the leading pioneer in combining the art of Tabla with the musical sounds and rhythms from Afghanistan being the primary component. He is constantly expanding his musical language by weaving Tabla into contemporary music. In 2019, Saler launched the Salar System Collective which offers scholarships, as well as The Salar System album. He originally played the tabla and composed additional arrangements for the hit Broadway show, Kite Runner, which has been nominated for several awards. He has now played the tabla in seven “Kite Runner” productions, including its current Broadway run. He’s also currently touring with legendary bassist, Stanley Clarke.