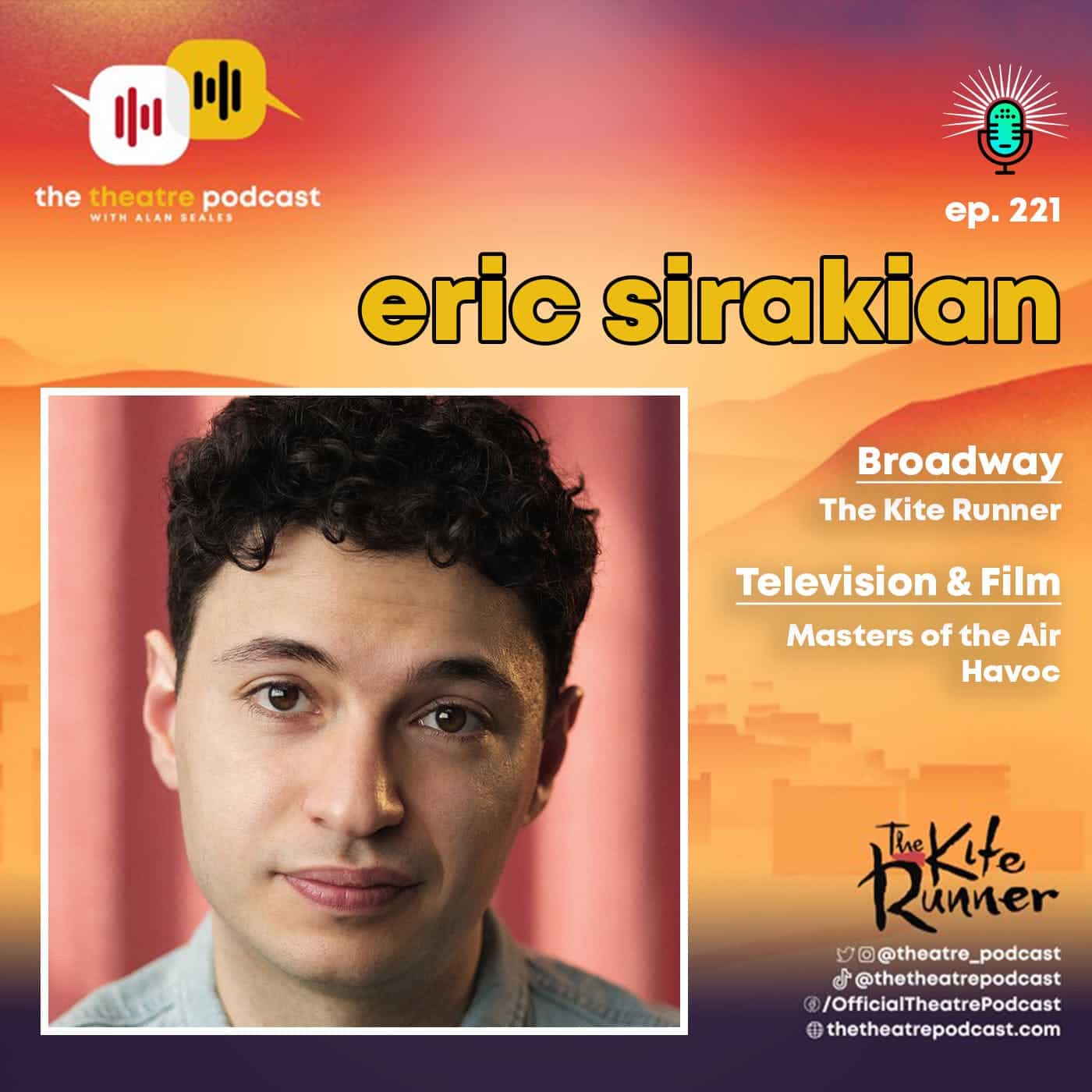 Eric Sirakian recently made his Broadway debut in “The Kite Runner” as both Hassan and Sohrab. With stage credits such as “The Jungle”, “Twelfth Night”, “The Comedy of Errors”, and “Pericles”, Eric is definitely putting the extracurriculars he did at Yale and his training at the Royal Academy of Dramatic Art into good practice. He recalls his first acting class and being introduced to London’s West End shows by his aunt and uncle, which helped him realize his passion for acting and gave him the push to pursue it as a career. He shares what it was like to attend school in London and New York and the difference between the two. Eric talks about how he got the role for “The Kite Runner” and how the entire process was done on Zoom, the preparation and research he did for his roles, including Afghan cooking and music. He talks more about his training, including how to deal with heavy subject matters and pushing himself to the extremes in a safe environment. He shares that he’s been doing transcendental meditation for more than five years now, the difference between acting and therapy and that acting is “in service of something.”

Eric Sirakian is a first-generation Armenian-American actor who graduated from Yale and trained at the Royal Academy of Dramatic Art. He starred in podcast series, “The Effect” and “Passenger List”, and short films such as “Deadpan” and “Nightswims”. He is set to appear in the upcoming TV mini-series, “Masters of the Air”, and the Netflix movie, “Havoc”. Eric is also making his Broadway debut in “The Kite Runner” as Hassan and Sohrab. His other stage credits include “The Jungle” (West End), “Twelfth Night”, “The Comedy of Errors”, and “Pericles” (Shakespeare’s Globe).