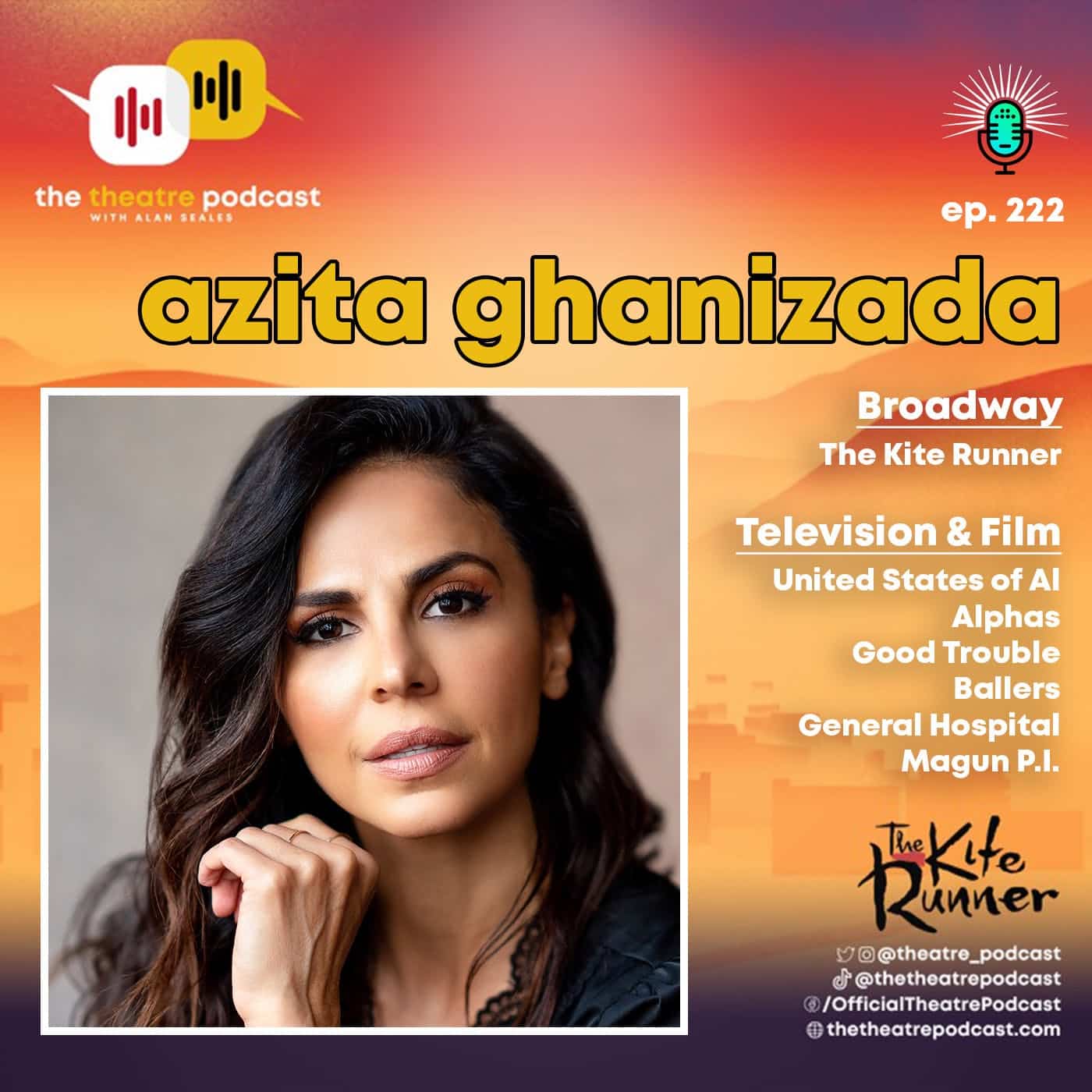 Ep222 – Azita Ghanizada: Operating from a Place of Truth and Integrity

Azita Ghanizada is currently making her Broadway debut in “The Kite Runner” as Soraya, and is now the first woman of Afghan descent to originate a role on Broadway. As we learn, Azita’s childhood life was far from ordinary and easy. Her family fled Afghanistan and ended up in the US as political asylum seekers. Similarly to what happens in “The Kite Runner”, she had trouble getting citizenship because she didn’t have proper paperwork, including her birth certificate. She talks about growing up and learning how to speak English through watching tv shows and movies, which has also sparked her interest in acting. She shares how she pursued acting by buying a one-way ticket to Hollywood and ended up working at E! for a couple of years where she learned everything about show business. From finding a loophole in not getting jobs she used to get to being told she was white, Azita, together with other actors who joined her cause, successfully drafted a new SAG-AFTRA – AMPTP TV/Theatrical hiring contract for the first time in 37 years. She also talked about MENA Arts Advocacy Coalition, an organization she founded to support and educate. Azita reflects on the issues we still need to fight for such as inclusion, and why we have to create from our heart and operate from a place of truth and integrity.

Azita Ghanizada is an Afghan American actress who began her on-air camera career as a commercial model. Her family fled Afghanistan to the US and were granted asylum to remain. She has appeared in numerous television series, including “How I Met Your Mother”, “Entourage”, “Veronica Mars”, “The Wedding Bells”, “NUMB3RS”, “Bones”, “Psych” and “Castle”. Her film credits include “Killroy Was Here”, “Our Friend”, “We Broke Up”, “Draupadi Unleashed”, “Complete Unknown”, “X’s & O’s”, and “A Kiss on the Nose” where she received a film festival best actress nomination for her performance. She’s the Founder and President of MENA Arts Advocacy Coalition, an organization she launched after helping build the MENA category into the SAG-AFTRA theatrical contracts. In 2020, she gave her first TEDx talk on the path to visibility in Hollywood. In addition to “Ballers,” and Freeform’s “Good Trouble,” she’s also got a recurring role on the CBS show, “United States of Al” and is currently performing in Broadway’s “The Kite Runner” as Soraya.