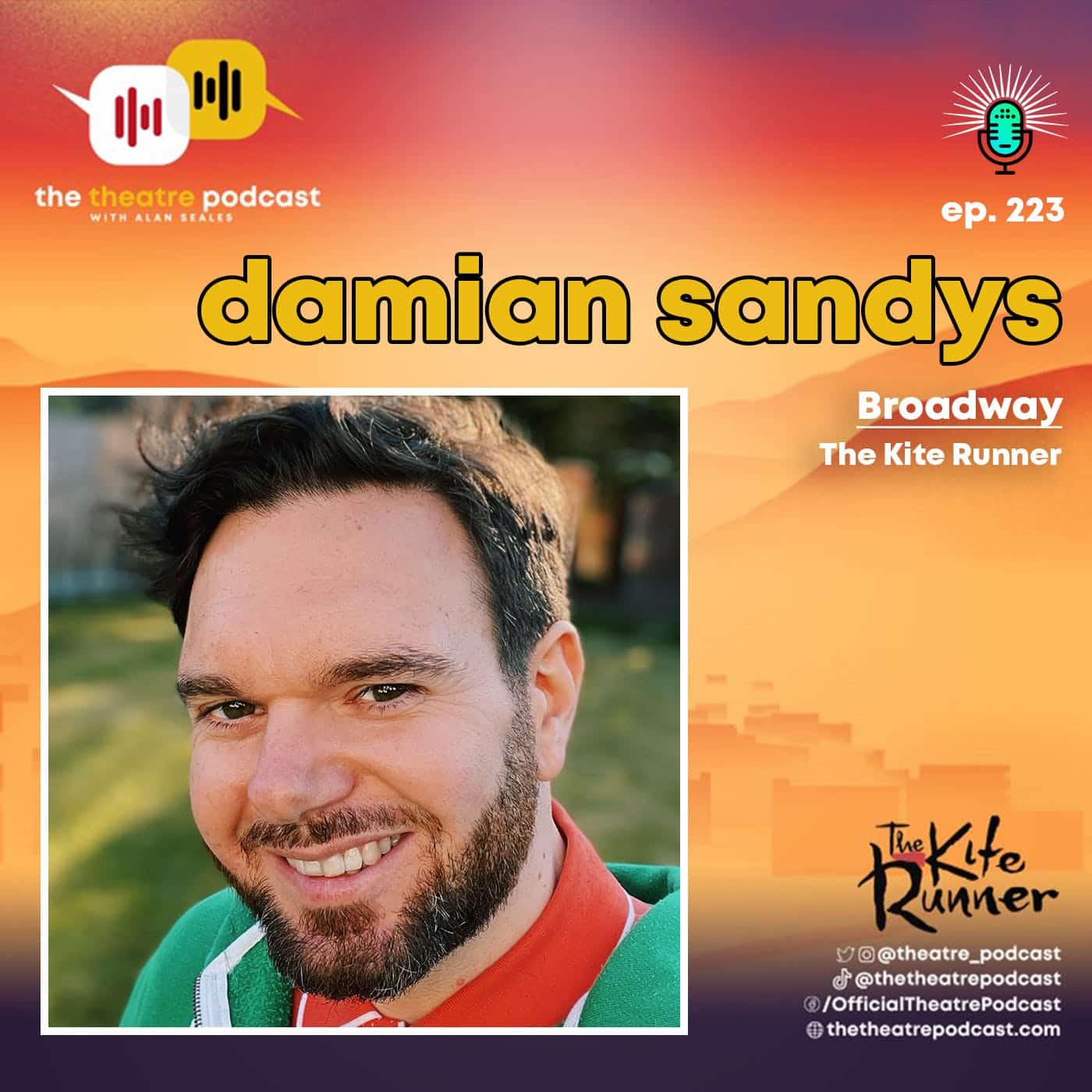 Damian Sandys is currently bringing his talent to the Broadway stage as The Kite Runner’s associate director. The theatre director talks about the difference between the UK production and Broadway production of “The Kite Runner”, the importance of humor in the show, and how its US audiences are more vocal. He shares how he started getting into theatre directing, from watching and learning from his dad to meeting Cameron Mackintosh which opened up opportunities for him. Damian recalls how after graduating, he ended up taking a teaching job at a boy’s boarding school where he taught English and Drama, and after putting on shows at the Edinburgh Festival, a producer who watched one of his shows offered him a directing job. He talks about working for the show, “NewsRevue” which was influential in his career. Damian also shares how he got connected with “The Kite Runner” production, why he decided to stay with the show for this long, and why he thinks a line from the show, “there’s a way to be good again” is the key to life.

Damian Sandys is a theatre director with productions across the UK, Edinburgh Fringe, the West End and internationally. He graduated from Oxford University and has directed over 50 productions at the Edinburg festival, including “Shakespeare For Breakfast: 25th Anniversary”. He has been the resident/associate director for several West End and international tours of “Priscilla Queen of the Desert”, “The Kite Runner”, and more. His other directing credits include “Aladdin”, “The Taming of the Shrew”, “Beauty and the Beast”, and “Sleeping Beauty” among others. He’s also been a part of the teams responsible for the London revival of “Tick, Tick… Boom!”, “When Midnight Strikes”, and “West Side Story”. Currently, he’s the associate director for Broadway’s “The Kite Runner”.