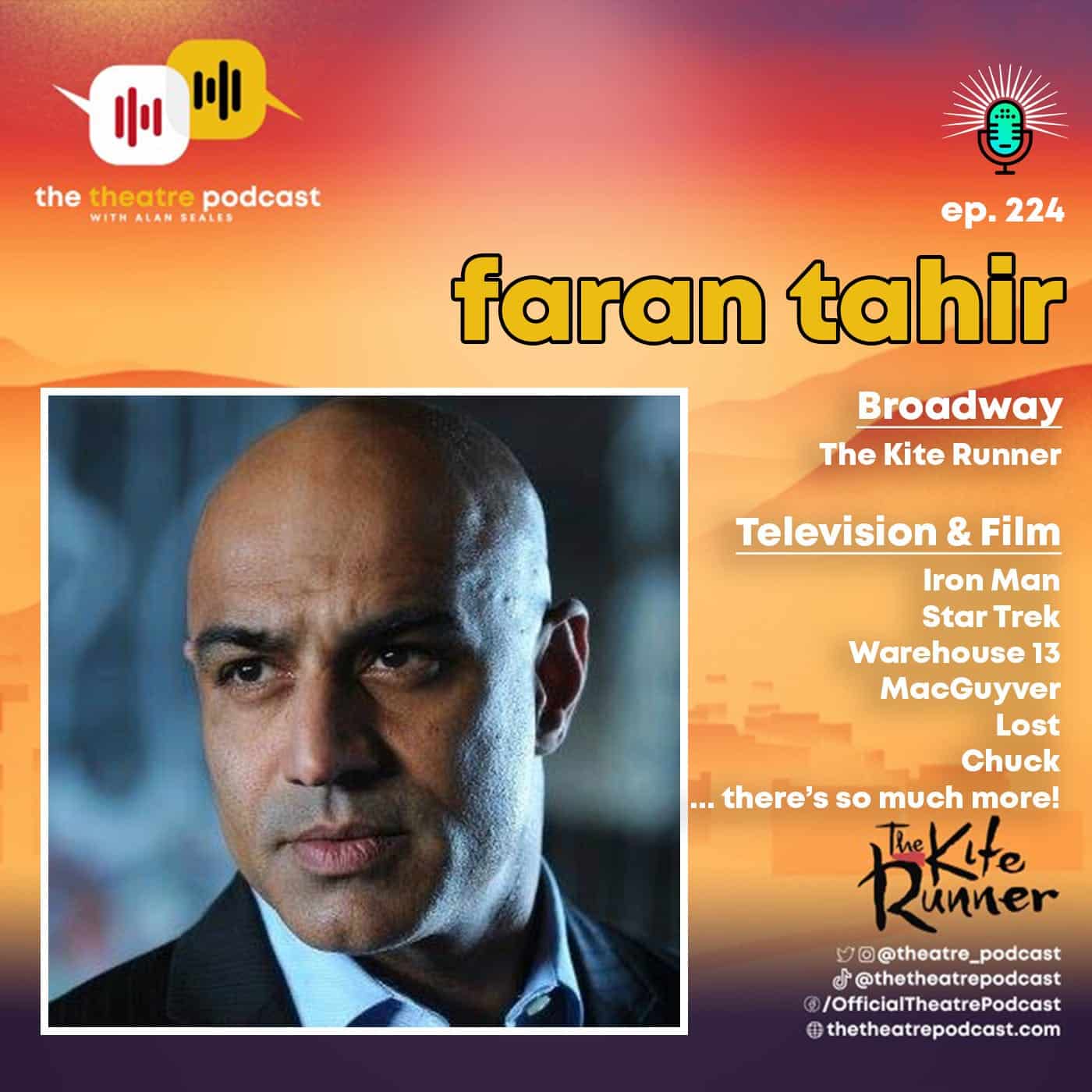 Actor, writer, director and producer Faran Tahir may be best known for his roles in “Iron Man” (he tried to kill Tony Stark!) and “Star Trek” (he was killed by Nero!) but is now currently making his Broadway debut as Baba in “The Kite Runner”. Faran talks about playing villain roles, the challenge that comes with it, and how he brings a level of humanity to his roles. He talks about his childhood and growing up in a family who has been in the arts, and why he wasn’t initially supported in his goal of becoming an actor. Aside from playing a bad guy, Tahir also shares the challenge of playing a good guy and of finding flaws, why he thinks art is “about putting up mirrors so that we can look at and examine ourselves”. He shares what he would tell his students when he used to teach acting, which was you can never say you’ve mastered something. He also reflects on his role as Baba in “The Kite Runner”, finding your spiritual community, and how as humans there is always room for redemption.

Faran Tahir is an actor, writer, director, and producer who came from a theatre family. He has appeared in over 50 stage productions across the US and the world. He received his Bachelor’s degree from the University of California, Berkeley and his graduate degree from the Institute for Advanced Theatre Training at Harvard University. His film credits include “Iron Man”, “Star Trek”, “Escape Plan”, and Elysium. He has also appeared in numerous TV shows, including “The West Wing”, “12 Monkeys”, “Shameless”, “Supernatural”, “24”, “Lost”, “Prison Break”, “Chuck”, “Criminal Minds”, and “How to Get Away with Murder”. He’s recently played the title role of Othello at Shakespeare Theatre Company and Richard III at Commonwealth Shakespeare Company. His other theatre credits include “Macbeth” at American Repertory Theatre, “Beast and Moon” and “A Perfect Ganesh” at Actor’s Theatre of Louisville, and “A Midsummer Night’s Dream” at the Commonwealth Shakespeare Company. Tahir is currently making his Broadway debut as Baba in “The Kite Runner”.