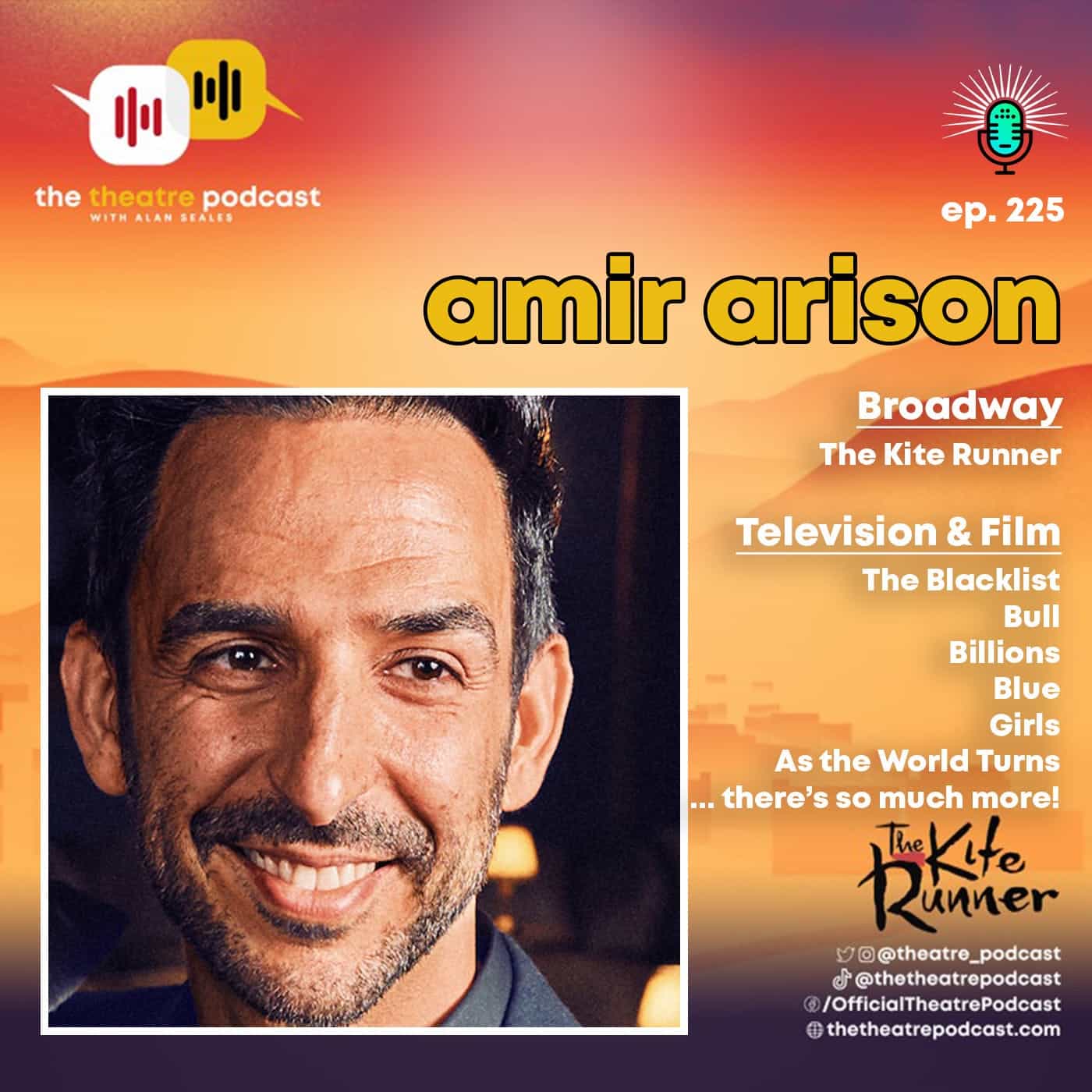 Best known for his recurring role as FBI Special Agent Aram Mojtabai on the NBC hit TV show, “The Blacklist” is stage and TV actor Amir Arison who’s also currently making his Broadway debut as Amir in “The Kite Runner”. He shares one of the hardest scenes in the show for him, and that while playing his role can get tiring at times, he finds it “bizarrely energizing” and cathartic. Amir recalls the preparation he did for his role where he spent months not doing anything, practicing his lines and how his dog barking at him while doing so is a good thing. Amir shares an incident of a service dog barking in one of their shows and how he uses incidents like that as an opportunity to have a direct relationship with the audience. He shares the two moments that made him want to pursue acting, the support he’s gotten from his parents who are both in the medical field, and why he thinks medicine is an art. Advocating for mental health, animal rescue and arts education, Amir makes sure to do good and that while he’s alive, and why he believes that the one thing that transcends time and space is love.

Amir Arison is a stage and screen actor best known for his role as FBI Special Agent Aram Mojtabai in NBC’s “The Blacklist”. His TV and film credits include “Billions”, “Fringe”, “Homeland”, “The Mentalist”, “American Horror”, “NCIS”, “Girls”, “The Visitor”, and “Jane Wants a Boyfriend”. His stage credits include “Hamlet”, and Off-Broadway productions like “The Way of the World”, and “Aftermath”. In 2018, he received the Mendez Award from the Maryland International Film Festival-Hagerstown, an award given to those who use their platform to give back to the community. Aside from acting, Amir advocates several causes , including mental health, arts education, and animal rescue. He recently made his Broadway debut as part of the ensemble cast of the Kite Runner, playing the role of Amir.