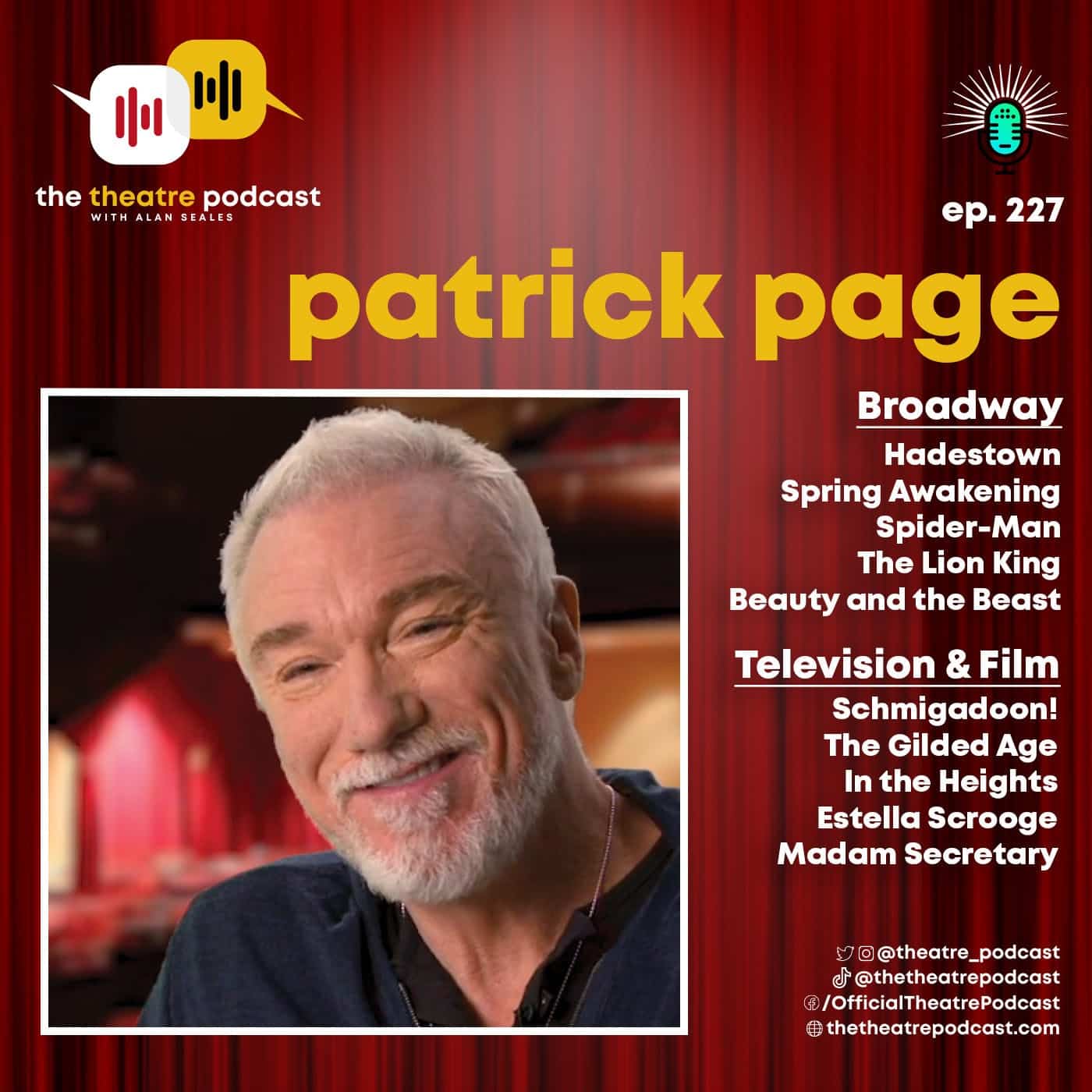 Patrick Page is a Grammy award-winning actor and playwright currently playing Hades in “Hadestown”. He looks back on his early years growing up in Oregon and becoming a professional magician wherein he toured an illusion show and won awards. He shares how doing magic gave him the validation he needed and taught him about audiences and how to hold the stage. Patrick eventually got deeply interested in acting as a craft and pursued it as a career. While he decided to go for a Liberal Arts degree, he also spent his college years performing in plays. He shares his audition story for The Utah Shakespeare Festival despite being unqualified. Patrick shares how because he didn’t go to acting school, he sort of learned by failing. He also talks about the first time someone told him his way of work was out of line and why he considers that a good thing. Apart from acting and writing, Patrick also has an acting studio in New York where he teaches. He talks about the importance of time management and knowing what you can do and offer, his hearing loss and the struggles that came along with it, including having to rely on muscle memory, and pursuing acting not because it’s how you wish to be perceived but because it is who you are.

Patrick Page is an actor and playwright known for his role in “In the Heights”, “Flesh and Bone”, and “The Good Wife”. His other TV and film credits include “Law & Order: Special Victims Unit”, “The Blacklist”, “Evil”, “Chicago P.D.”, “Elementary”, and “Spirited”. He originated the roles of Norman Osborn and Green Goblin in “Spider-Man: Turn Off the Dark”, The Grinch in Dr. Seuss’ “How the Grinch Stole Christmas! The Musical”, and Hades in “Hadestown”. Patrick’s Broadway credits also include “Saint Joan”, “Spring Awakening”, “Beauty and the Beast”, and “Lion King”. His long list of stage credits also includes “Cymbeline” (New York Shakespeare Festival), “Richard II” (The Public Theatre), “The Sound of Music” (Carnegie Hall), “The Hunchback of Notre Dame” (The Papermill Playhouse), and “Rex” (York Theatre). He’s an Affiliated Artist with The Shakespeare Theater Company in DC and The Old Globe in San Diego, has taught acting in numerous programs and classes and is the founder of The Patrick Page Acting Studio where he also teaches. Apart from acting, Patrick is also a playwright. One of his plays, “Swansong”, was nominated for Best New Play by The American Theatre Critics’ Association and received many regional productions. In his early years, Patrick did magic and was honored by The International Brotherhood of Magicians as the “Best International Teen Illusionist” at their yearly convention in 1979. Patrick is also the recipient of The Grammy Award, The Tony Award nomination, the Helen Hayes Award, The William Shakespeare Award for Classical Theater, and The Emery Battis Award among others.