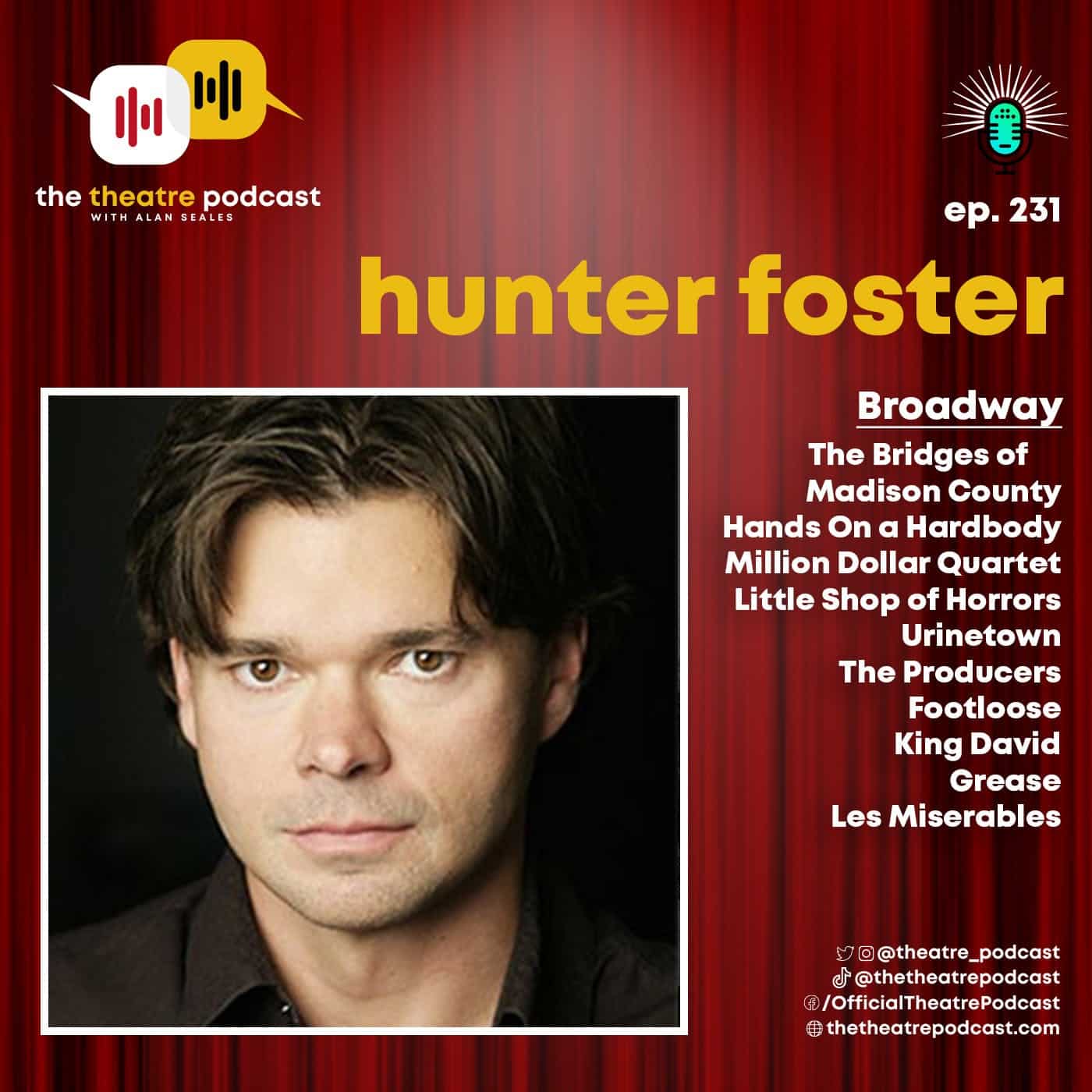 As a young kid, he originally wanted to be a novelist. A audition for a high school production of Bye Bye Birdie landed him the lead role of Conrad, which blasted open the doors for him in the acting world. He ended up going to University of Michigan when they were first beginning to make a name for themselves as one of the best places to learn the craft, and then found his way easily onto the Broadway stage. He ended up shifting focus about 8 years ago to directing, where he found what he describes as his new passion for the stage. A quick call from an old friend led him to step in and perform as Clark Griswold in The Griswolds’ Broadway Vacation brought him back to the stage, originating the role in the world premiere at the 5th Avenue Theatre in Seattle, Washington, alongside Kate Rockwell.

Hunter is an actor, director, writer and librettist with Broadway acting credits including Little Shop of Horrors (which earned him a Tony Award nomination), Urinetown, The Producers, Footloose, Les Miserables and Grease. He was named 2018’s director of the year by the Wall Street Journal for his productions of 42nd Street at the Bucks County Playhouse, and The Drowsy Chaperone at the Goodspeed Opera House, recently directed the critically acclaimed The Other Josh Cohen off Broadway here in NYC, is the Artistic Director for the Redhouse Arts Center in Syracuse, NY, and as we speak is originating the role of Clark Griswold in the Griswolds’ Broadway Vacation.