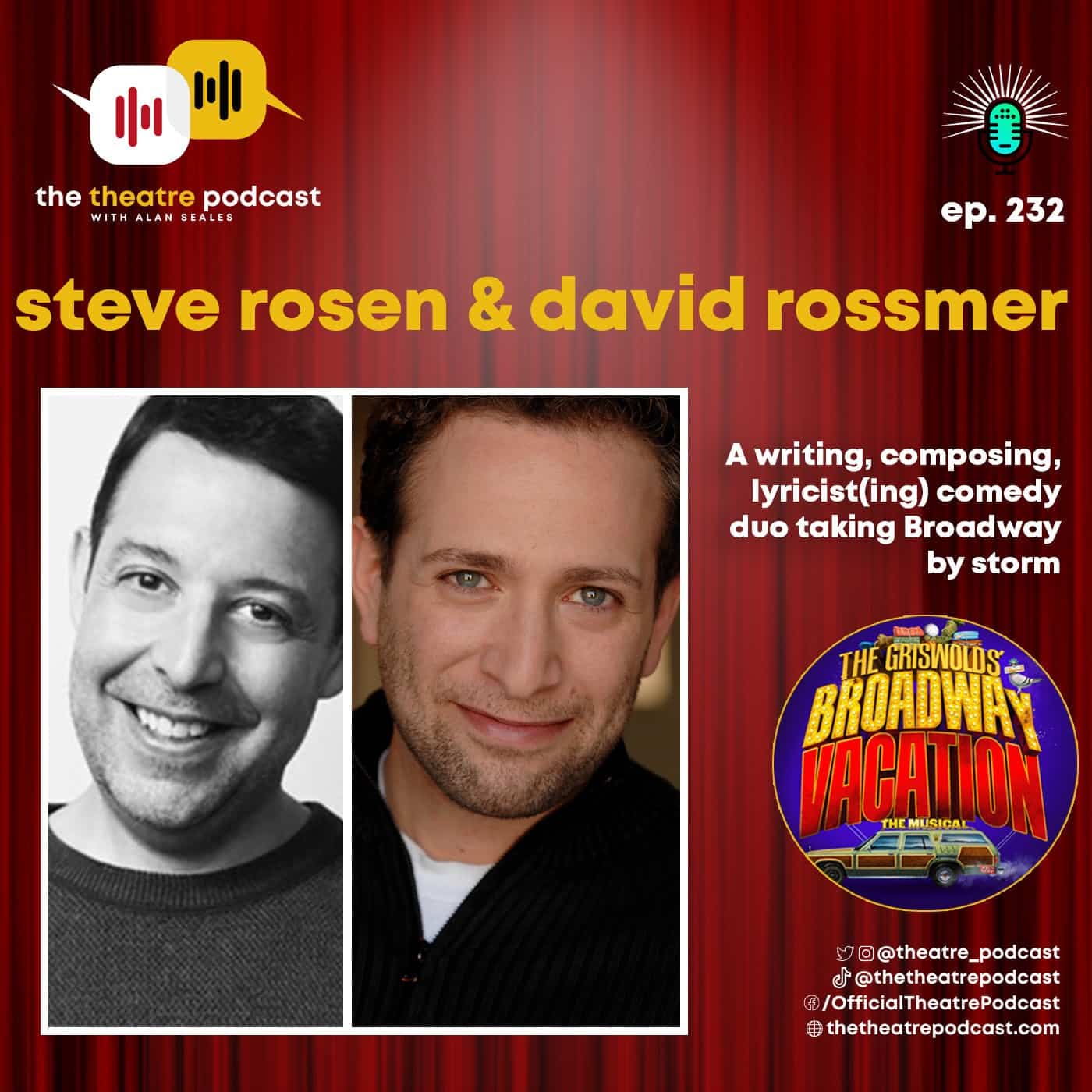 Longtime friends and creative partners, David Rossmer and Steve Rosen are currently working together as lyricists and songwriters for the “The Griswolds’ Broadway Vacation” musical, which just opened for its world premiere at The 5th Avenue Theatre in Seattle. The two share their first meeting at a performing arts camp, and the rest, as they say, is history. Growing up in a musical household and a family that has an appreciation for art, it’s no surprise that both David and Steve ended up having a career in the creative industry. The two talk about stage adaptation, what makes it exciting, and how their current project is a love letter not just to the Griswolds but also to theatre. They also deep-dive into their creative processes, including writing together, creating something and acting on it at the same time, etc. With all the successful projects both David and Steve have done together and individually, they’re proud to say that they still make each other laugh. The two speak about their love for collaboration and their goal to keep making stuff, not only to fulfill their passion but also to get inspiration from other people and create an artistic community.

David Rossmer and Steve Rosen are a talented duo with numerous Broadway acting credits under their name. Their recent Broadway production of “The Other Josh Cohen” received rave reviews. They created the successful variety show benefit, “Don’t Quit Your Night Job”. They have also worked together for Rated P, developed for television by Kelly Ripa’s Milojo Productions and bought by ABC Studios, and made comedy material for Zachary Levi, Sting, etc. Individually, both have created several podcasts, radio plays, and radio comedies. Currently, they are working together as lyricists and songwriters for the “The Griswolds’ Broadway Vacation” musical. David’s stage credits include “Les Miserables”, “Peter and the Starcatcher”, “Children and Art”, “Fiddler on the Roof”, and “Titanic”. His TV credits include “Elementary”, “The Marvelous Mrs. Maisel”, “Law & Order: Special Victims Unit”, and “It Could Be Worse”. Meanwhile, Steve’s stage credits include “The Little Mermaid”, “A Confederacy of Dunces”, “Disney’s Beauty and the Beast”, “Peter and the Starcatcher”, “Guys and Dolls”, “The Farnsworth Invention”, “Monty Python’s Spamalot”. His TV credits include “Kings”, “The Resident”, “Law & Order: Special Victims Unit”, “Blue Bloods”, “The Marvelous Mrs. Maisel”, and “Elementary”.

Connect with David and Steve: