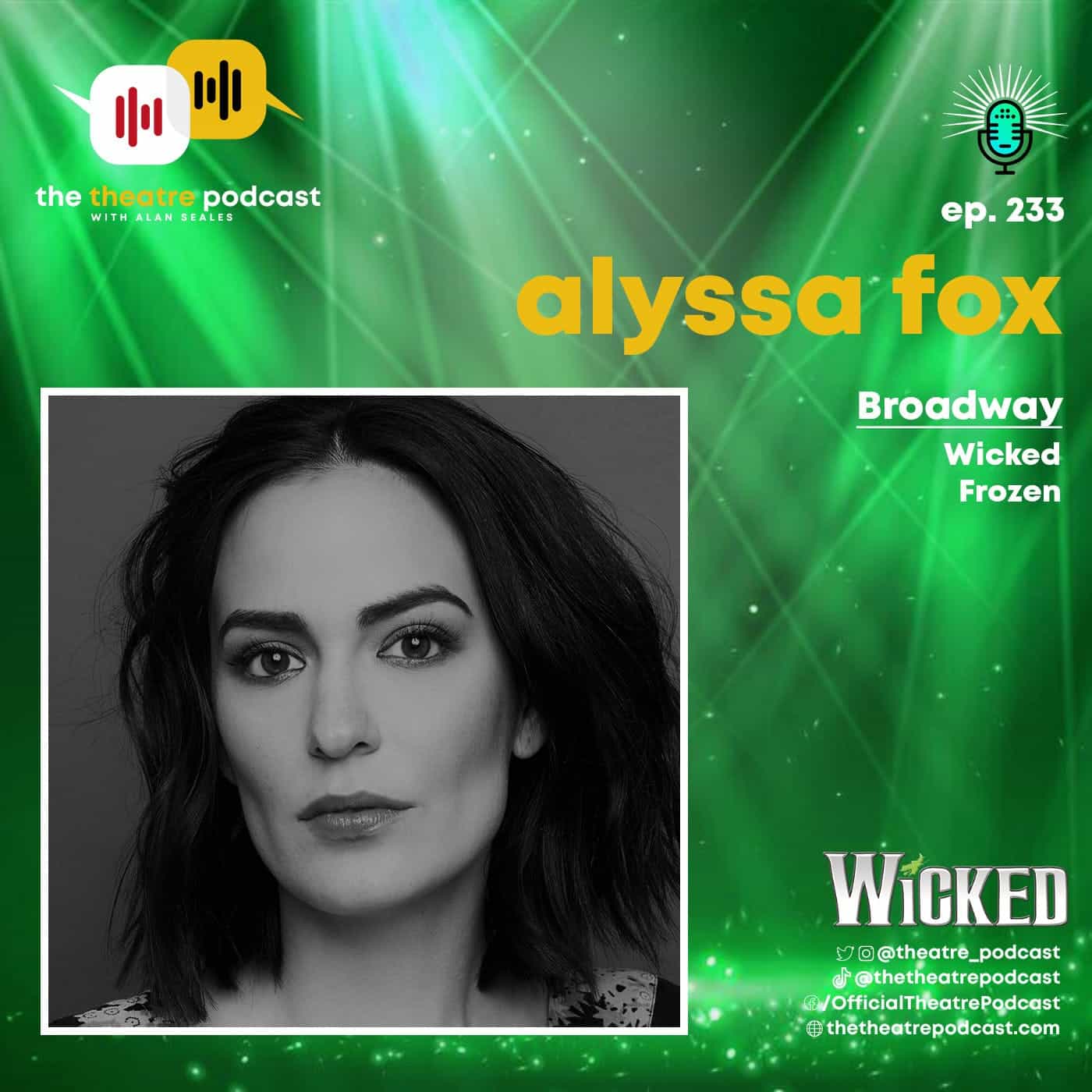 Alyssa Fox is currently in “Wicked” on Broadway as Elphaba standby, having been a part of “Wicked” for around 12 years now. Her lifelong dream of becoming true Disney royalty and growing up watching Disney movies was her first introduction to acting and singing and theatrical expression. Alyssa shares her love for singing and performing live, discovering “Wicked” in senior high school and finding her calling. She talks about her “Wicked” journey, why she decided to drop out of college, and how she went to New York for the first time to audition for a non-equity cattle call she saw on playbill.com. From humble beginnings, she went from not having an agent to booking “Wicked” and only having $18 in her bank account. As we all know, we discuss how the understudy, standby, and swing life is much harder in a different way from your standard roles. She shares some of her experiences as “Frozen’s” Elsa and “Wicked’s” Elphaba standby, from remembering her lines and staying sharp on stage to stage mishaps, and talks about the sisterhood and connection that comes with playing the difficult character of Elphaba, and why despite finding touring hard, it’s also where she felt the happiest and most fulfilled. Reflecting back on her work, she sees all her peers as equals, explains why she loves doing theatre, and the amazing connections made between the performer and the audience.

Alyssa Fox is an actress born in Dallas, Texas who is currently in “Wicked” on Broadway as Elphaba standby, also having played the lead role on the national tour. Her other stage credits include “Frozen” (Broadway and Regional) where she was Elsa standby.