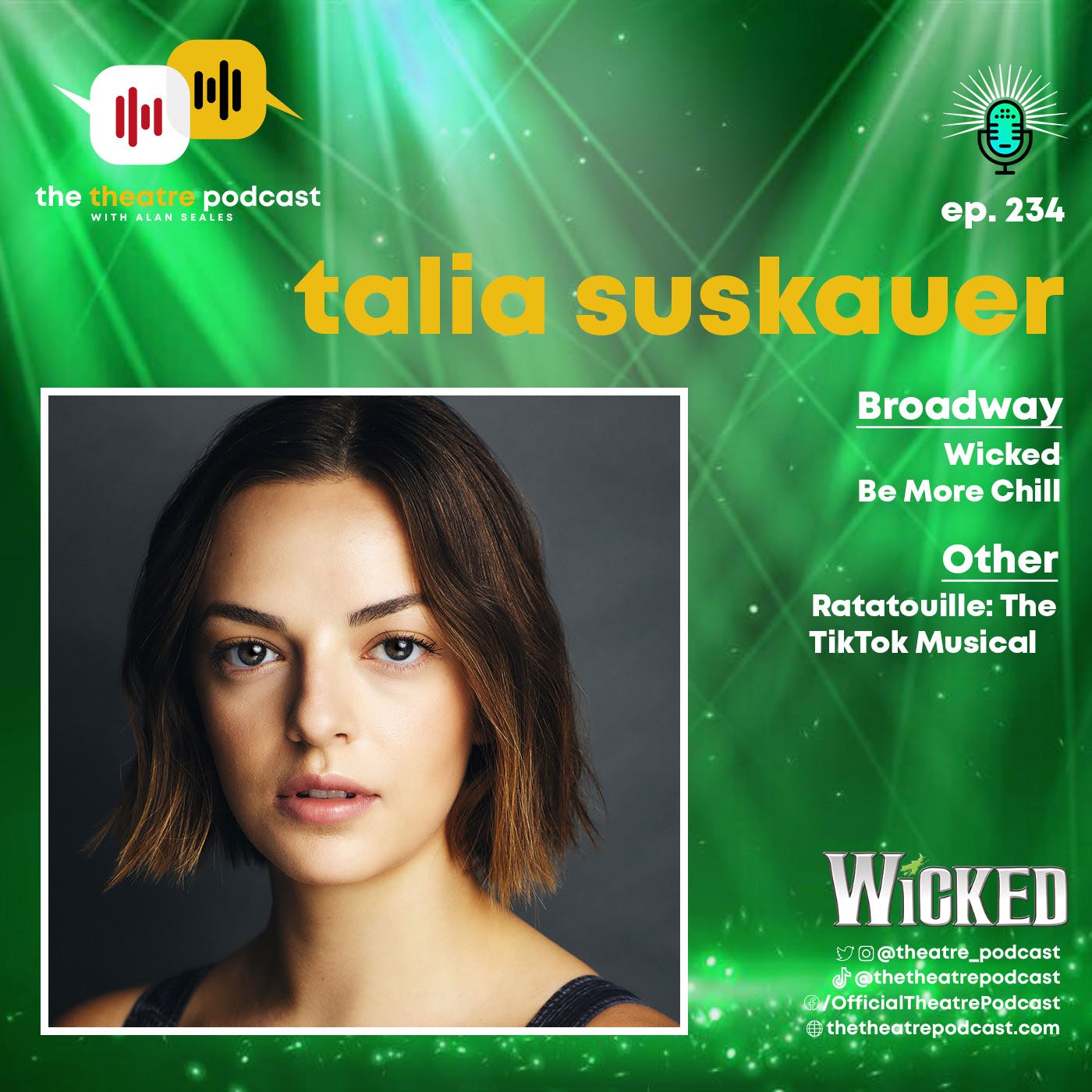 Talia Suskauer is currently playing Elphaba in “Wicked” on Broadway, following the success of the Munchkinland National Tour of the same show where she played the same role. From being a pasta lover to being a dog lover, Talia gets super personal as she shares how she got into theatre, which includes singing recordings in the car with her mom and sister. Talia looks back on the things that inspired her to pursue acting, the lessons she took throughout her childhood and teenage years, and how the support she got from her parents and mentors has molded her and helped her find her identity as an artist and performer. She recalls her first audition for “Be More Chill” just a week before graduating and her Broadway debut which she considers as unexpected and wild. During their closing week, Talia auditioned for “Wicked” as an Elphaba replacement and eventually got the role. And with live theatre shutting down for almost two years due to the pandemic, Talia opens up about how it affected her mental health, not being able to turn to theatre as a means of escape, and what helped her get out of her rut, including exercising. She was a part of the reopening cast for “Wicked” which was the first Broadway-caliber show to reopen in the country. She talks about being on tour and being on Broadway, why she loved touring, her passion for her job, and why you shouldn’t let anyone try to put you in a box because your uniqueness is what makes you special.

Talia Suskauer is a New York-based actor and singer who made her Broadway debut in “Be More Chill” and recently finished a long run in the Munchkinland National Tour of Wicked as Elphaba. She attended Penn State, where she re­ceived her BFA in Musical Theater. Her other stage credits include “Shrek”, “Little Women”, and “The Secret Garden”. Talia is currently playing Elphaba in “Wicked” on Broadway. She’s also appeared in a few TV shows such as “The Kelly Clarkson Show” and “The Broadway Show with Tamsen Fadal”.