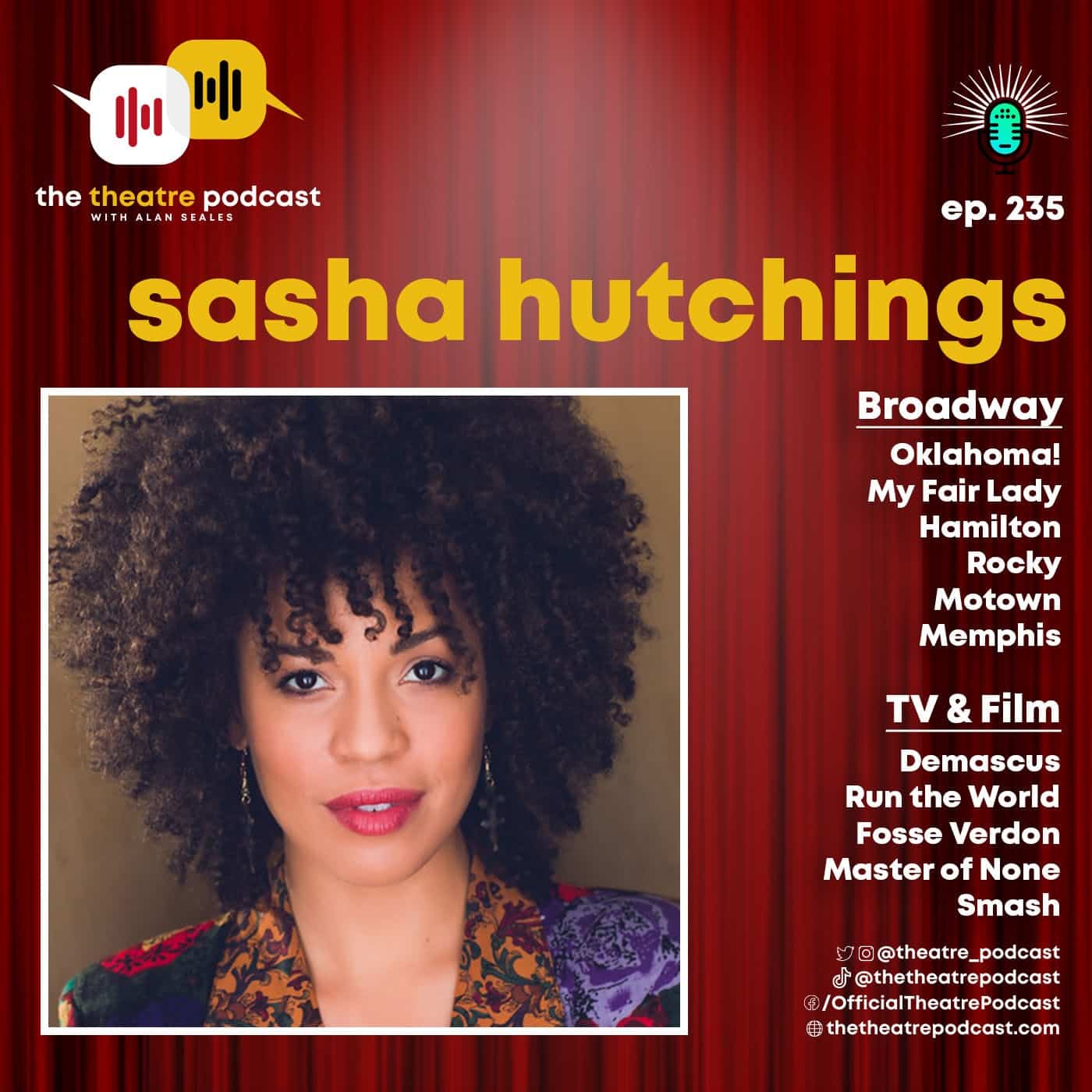 Ep235 – Sasha Hutchings: Performing From a Place of Love and Compassion

Currently leading the North American tour of the hit show, “Oklahoma!” as Laurey Williams, Sasha Hutchings proves to be a performing powerhouse. Sasha’s love for dancing has brought her to where she is today. Dancing as a career was a slow burn for her, but her parents and teachers’ support helped her take it more seriously and pursue the craft. She attended Oklahoma City University, where she discovered musical theatre and fell in love with it. And while Sasha says she only does things she’s good at, she admits that dancing was hard but that she kept going and trained so she was continually learning and improving her skills. She reflects on how theatre people deal with a certain amount of uncertainty, and the things she did during the shutdown, including taking voice lessons and auditioning for TV shows. With the new take on the classic story of “Oklahoma!” as well as its diverse casts, Sasha gets real about both the positive and negative responses to the show as they tour different cities all over the country. To her core, what matters is to perform with an intention that comes from a place of love and compassion. After all, Sasha considers theatre as a sanctuary where we people, despite our differences, go to watch, feel, and ponder collectively.

Sasha Hutchings is an actress, dancer, and singer with several Broadway credits including “Oklahoma!”, “Memphis”, “My Fair Lady”, “Motown: the Musical”, “Rocky”, and “Hamilton” where she was an understudy and ensemble member in the original Broadway cast. She plays the character of Hope on the Starz comedy series, “Run the World”. Her other TV credits include “Smash”, “Master of None”, “Jessica Jones”, “Fosse/Verdon”, and “Blue Bloods”. Sasha has been recently cast in a recurring role in AMC’s upcoming sci-fi comedy, “Damascus”, and is currently playing Laurey Williams in the North American tour of the “Oklahoma!”