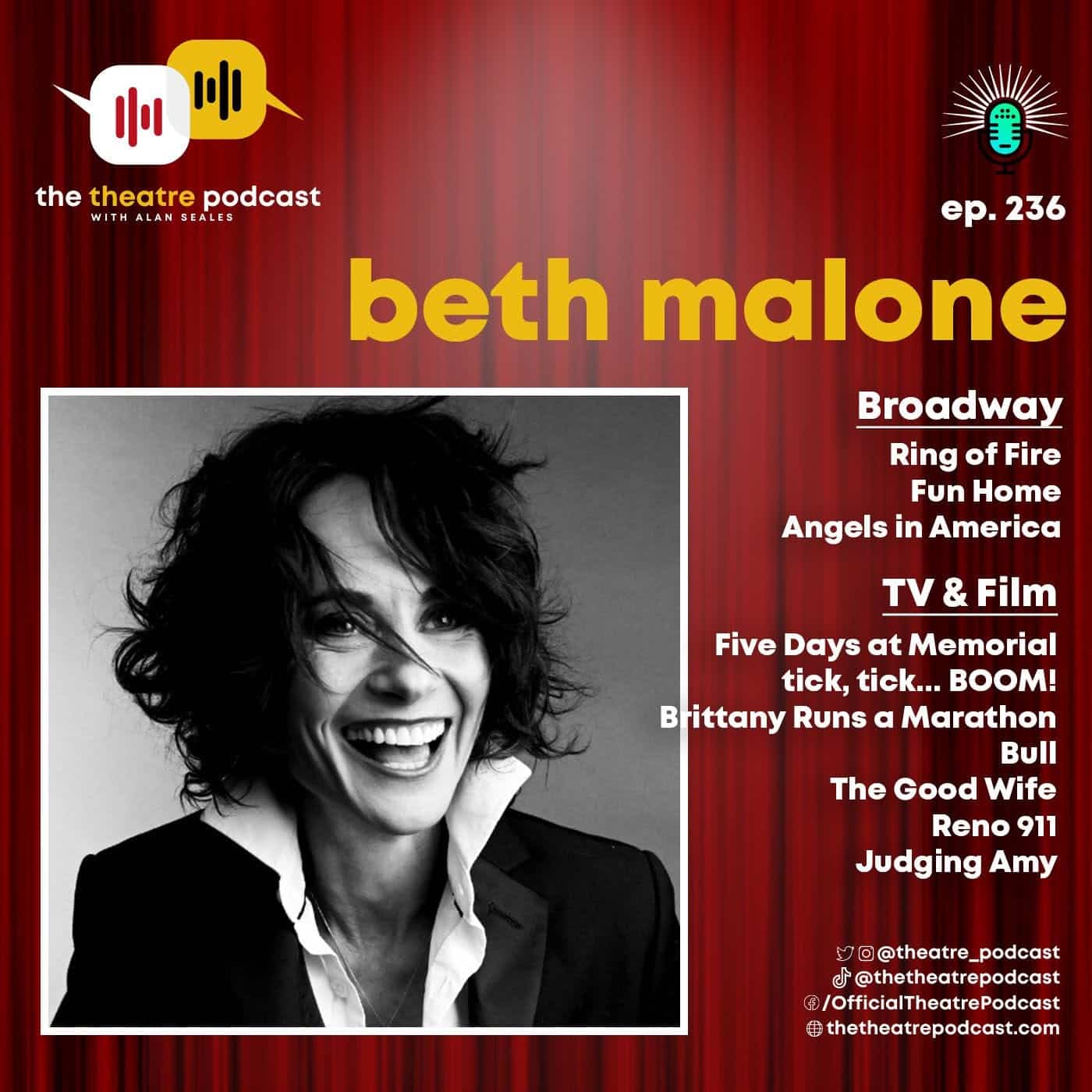 From creating a one-woman show, “Beth Malone: So Far” to originating the role of “Fun Home’s” Alison Bechdel, Tony and Grammy award nominee Beth Malone has set a name for herself on the Broadway stage. Beth takes us through her journey to getting into performing and becoming an actress, sharing her younger years which included watching “Singing in the Rain on TV” and working at a dinner theatre growing up Colorado. Growing up queer, she opens up about her relationship with her parents, getting disowned in her 20s and focusing on art as a way to cope, meeting her wife and getting her master’s degree and finally reconnecting with her parents. Beth’s experiences have inspired her to take her art into activism, and she continues to stay active in the space and raise awareness through her solo shows. She recalls how “Fun Home” has become a form of therapy for people, some of which would talk to actors and share their stories at the stage door. In fact, they would say that the stage door was act two of the show. Apart from raising awareness, she talks about her work, including recording the cast album of  “The Unsinkable Molly Brown” during the pandemic, and her current and upcoming shows like “City On Fire”. Despite not being on stage as much as she used to, Beth shares her love for rehearsals which is also what she misses the most, writing a musical, and being motivated by hope in whatever she does.

Beth Malone is a singer and actress known for her work in Broadway, off-Broadway and regional theatre. She originated the role of Alison Bechdel in the musical “Fun Home”, for which she received a nomination for the Tony Award for Best Actress in a Musical for her performance. Her other stage credits include “The Unsinkable Molly Brown” where she played multiple roles and now has an official cast album, “Pride Plays”, “Nassim”, “Angels in America”, and “Ring of Fire” among others. She has also created a cabaret show, “Beth Malone: So Far” which tells her life story. Beth has also appeared in numerous films like “Tick, Tick…Boom!”, “The God Committee”, “Brittany Runs a Marathon”, “The Comedian”, “Hick”, and TV shows such as “BrainDead”, “Rono 911!”, “Judging Amy”, “Bull”, “The Baker and the Beauty”, and “All Rise”. She released her first solo album, “Lunch Shift” in 2008. Beth stars as Linda Schafer in “Five Days at Memorial” and will be in Apple TV’s “City on Fire” in 2023.