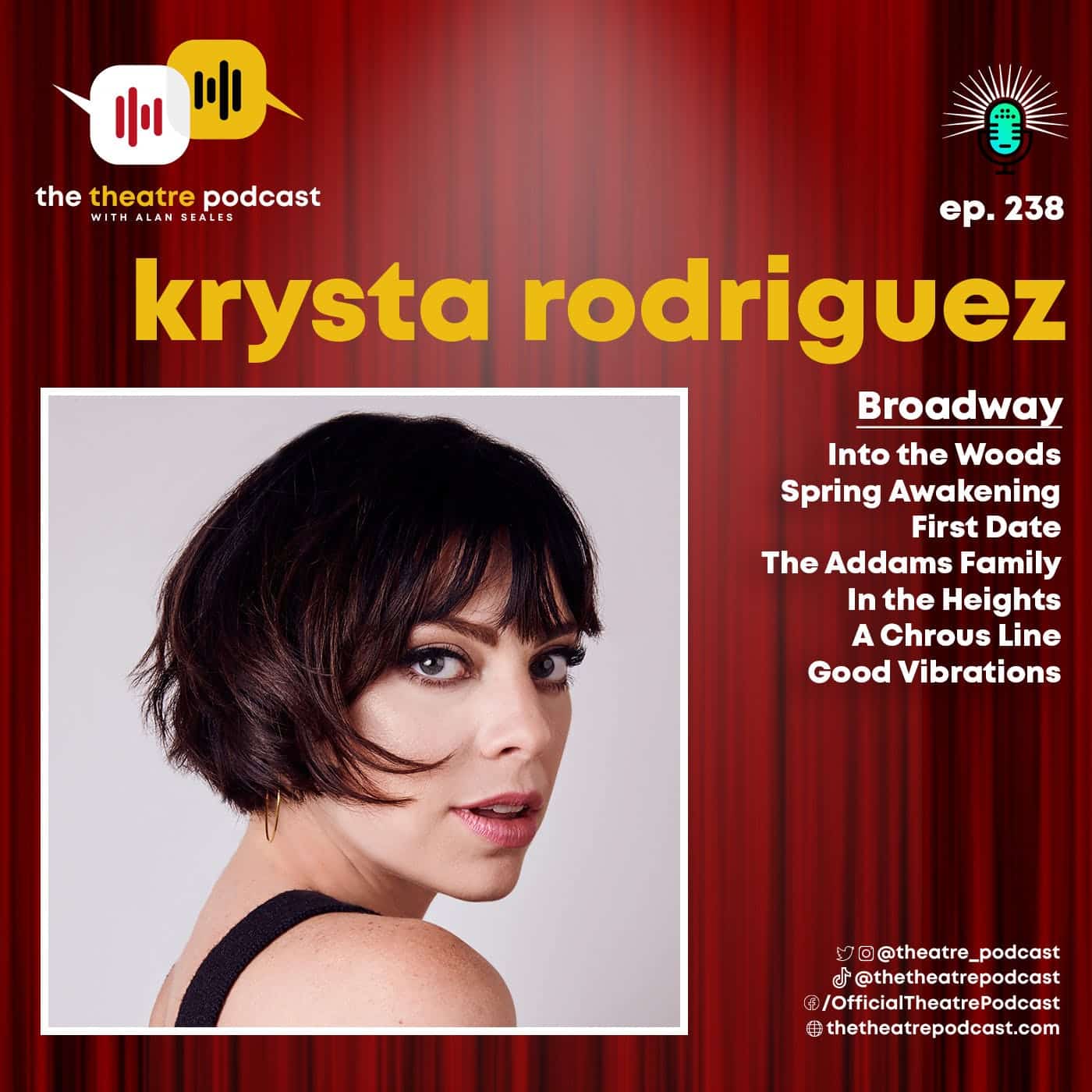 Ep238 – Krysta Rodriguez: Opportunity is Not a Lengthy Visitor

Currently starring as Cinderella in the Broadway revival of “Into The Woods”, Krysta Rodriguez is a talented actor, singer, and dancer with countless Broadway, TV and film credits. As the world starts to adjust to the new normal, she talks about her life and being thrust back on stage in a well-received show, which was completely unexpected for her. Playing the role of Cinderella made her realize that while it’s fun to watch a show, it’s even more fun to perform because there’s “no bottom to it”. She reflects on how said role gives her a fresh perspective of Cinderella, and what the pressures to become a mother means. For Krysta, it was her search for fun that made her come back to acting, and with all her accomplishments and fulfilled dreams, she can still find fulfillment in different ways. Her dream of theatre leads her to her bigger “dream of life”, which includes traveling, home design, and having meaningful relationships. From playing iconic people like Liza Minelli to iconic characters like Cinderella, she tries to give a fresh take by finding a lifeline as to how she and these characters are alike. She recalls her “Spring Awakening”days, the impact it has on her, and the bond she formed with the cast, most especially with the Deaf West revival cast, which was also the time she was going through therapy after getting diagnosed with cancer. Krysta opens up about her healing journey, why she decided to go public about it, her blog, ChemoCouture and how it became her form of activism, and personal growth as her number one life motivation.

Krysta Rodriguez is a talented actress and singer with countless stage and tv credits under her name. She made her Broadway debut in the short-lived 2005 jukebox musical “Good Vibrations”. Later on, she became a replacement for the role of Bebe in the Broadway revival of “A Chorus Line”. Krysta has also played many ensemble and understudy parts in the Broadway productions of “Spring Awakening”, “In the Heights”, and the regional production of “The Boy Friend” directed by Julie Andrews. Her other stage credits include “What We’re Up Against”, “A Chorus Line”, “The Addams Family”, “First Date”, “Hercules”, and “West Side Story” among others. She is also best known for her tv roles as Ana Vargas in “Smash”, Summer Henderson in “Trial & Error”, Maxine Griffin in “Quantico”, and Ms. Cruble in “Daybreak.” Her other tv credits include “Inside Amy Schumer”, “Gossip Girl”, and “Halston” where she plays the role of Liza Minnelli. Her film credits include “The Virginity Hit”, “My Bakery in Brooklyn”, “The Bitch Who Stole Christmas”, and “Killing Diaz”. In 2015, Krysta was diagnosed with breast cancer, and started a blog, ChemoCouture.com to share her journey during chemotherapy as well as fashion, beauty, and wellness advice. That same year, she also returned as Isle in the Deaf West Theatre production of “Spring Awakening” as well as its Broadway production. She is currently starring as Cinderella in the 2022 Broadway revival of “Into The Woods”.