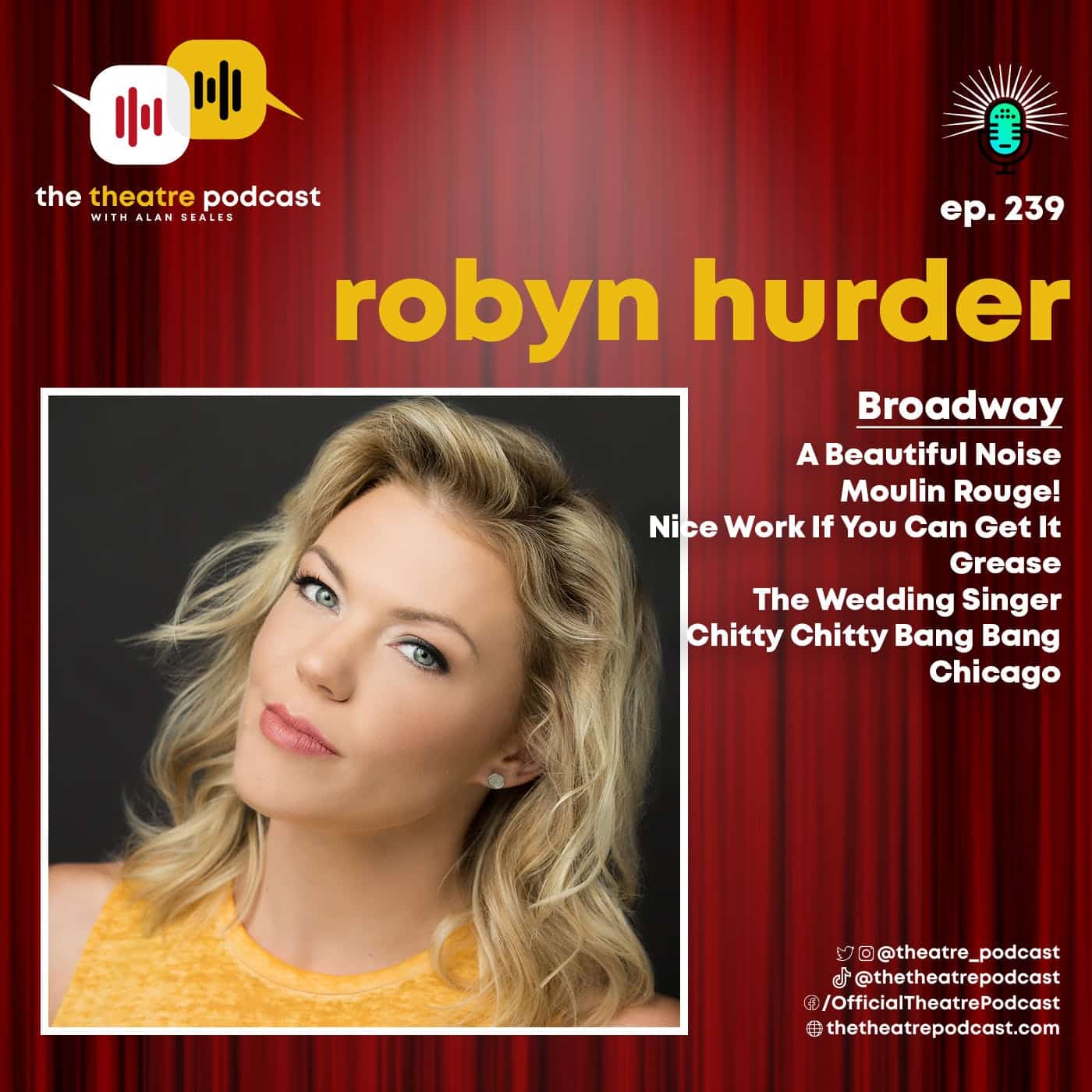 Ep239 – Robyn Hurder: Bringing the “IT Factor” in A Beautiful Noise, the Neil Diamond Musical

Currently playing the role of Marcia Murphey in the Broadway show, “A Beautiful Noise, The Neil Diamond Musical”, Robyn Hurder shares how she got involved with the show and how she never thought it would be her biggest role to date. In fact, she auditioned for a different role but didn’t think much of it because she felt like she wasn’t right for it. Robyn speaks candidly about her love of performing, what it’s like to work during the pandemic and the physical demands of it. She recalls how she got into theatre and how growing up with a supportive family, especially her mom, was one of the main reasons why she was able to follow her dreams. From doing community theatre productions in her younger years to playing the role of Mary Magdalene in a production of “Jesus Christ Superstar”, it was that first taste of being the star of the show which pushed her to pursue performing as a career. Robyn also talks about having the “it” factor, the importance of believing in yourself and your talent, and that if you remain true to yourself and what you want, you’re going to be okay.

Robyn Hunter is an actress best known for originating the role of Nini in “Moulin Rouge! The Musical”, which also earned her a Tony Award nomination. Her other Broadway credits include “Chitty Chitty Bang Bang”, “Chicago”, “Grease”, and “Nice Work If You Can Get It”. She’s also performed in numerous Off-Broadways shows such as “Play It Cool”, “Paint Your Wagon”, “The New Yorkers”, and “A Chorus Line” among others. Her tv credits include “The Right Girl”, “Fosse/Verdon”, and “Starlight Express”. Robyn recently finished originating the role of Marcia Murphey in “A Beautiful Noise, The Neil Diamond Musical”, which has now transferred to Broadway at the Broadhurst Theatre.