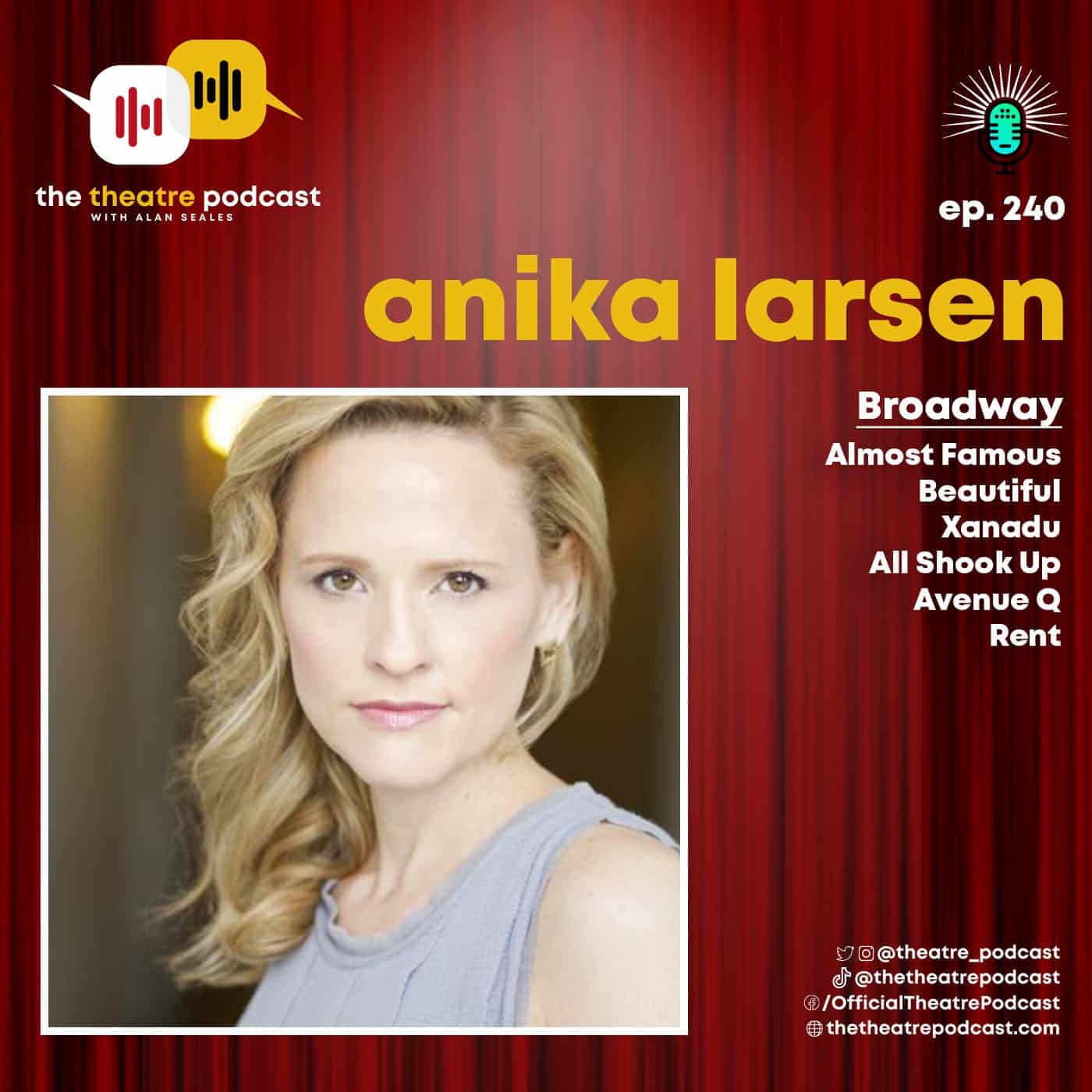 Anika Larsen is having a great time as she takes the challenge of both playing the mom on Broadway’s “Almost Famous” and being the mom of two boys offstage. Anika’s passion for saving the planet is contagious, and as a member of the Broadway Green Alliance and ambassador for Global Goals for Sustainability, she’s making sure she can show and tell her children that she really tried to do what she can to pass on a healthy planet. Growing up with 9 brothers and sisters became a defining characteristic of her life and how it made her the compulsive team player that she is today. Juggling working and being a mom in real life, Anika reflects on the good and the bad things that come along with it, and how she languished during the height of the pandemic as a stay-at-home mom. She opens up about being a better mom because she’s working, and the beautiful, symbiotic relationship between her home life and stage life now that she’s playing a mom in “Almost Famous”. There was a point early in Anika’s career when she didn’t work for two years, which she considers an invaluable lesson. All the hardships that have happened to her made her smart not just about money but her future as well, and while for her the worst part of being in the industry is the unpredictability of it, she wouldn’t trade it for anything.

Anika Larsen is an actress who has performed on the Broadway stage in well-received shows like “Beautiful: The Carole King Musical” wherein she won Drama Desk Award’s Outstanding Feature Actress in a Musical and received a Tony nomination. She also originated the role of Roberta in the cult Off-Broadway musical, “Zanna, Don’t!”, for which she received a Lucille Lortel Award nomination for Best Featured Actress in a Musical. Her other stage credits include “Xanadu”, “All Shook Up”, “Avenue Q”, “Chess”, and “Rent” where she made her Broadway debut in 2000. She’s a member of the Broadway Green Alliance, a passionate ambassador for the Global Goals for Sustainability, a member of Actor’s Equity, and serves on the board at the New York City Children’s Theater. Anika has an album of lullabies, “Sing You to Sleep” which you can listen to on different streaming platforms, including Spotify. She could now be seen on stage as rock Elaine Miller in Broadway’s “Almost Famous”.