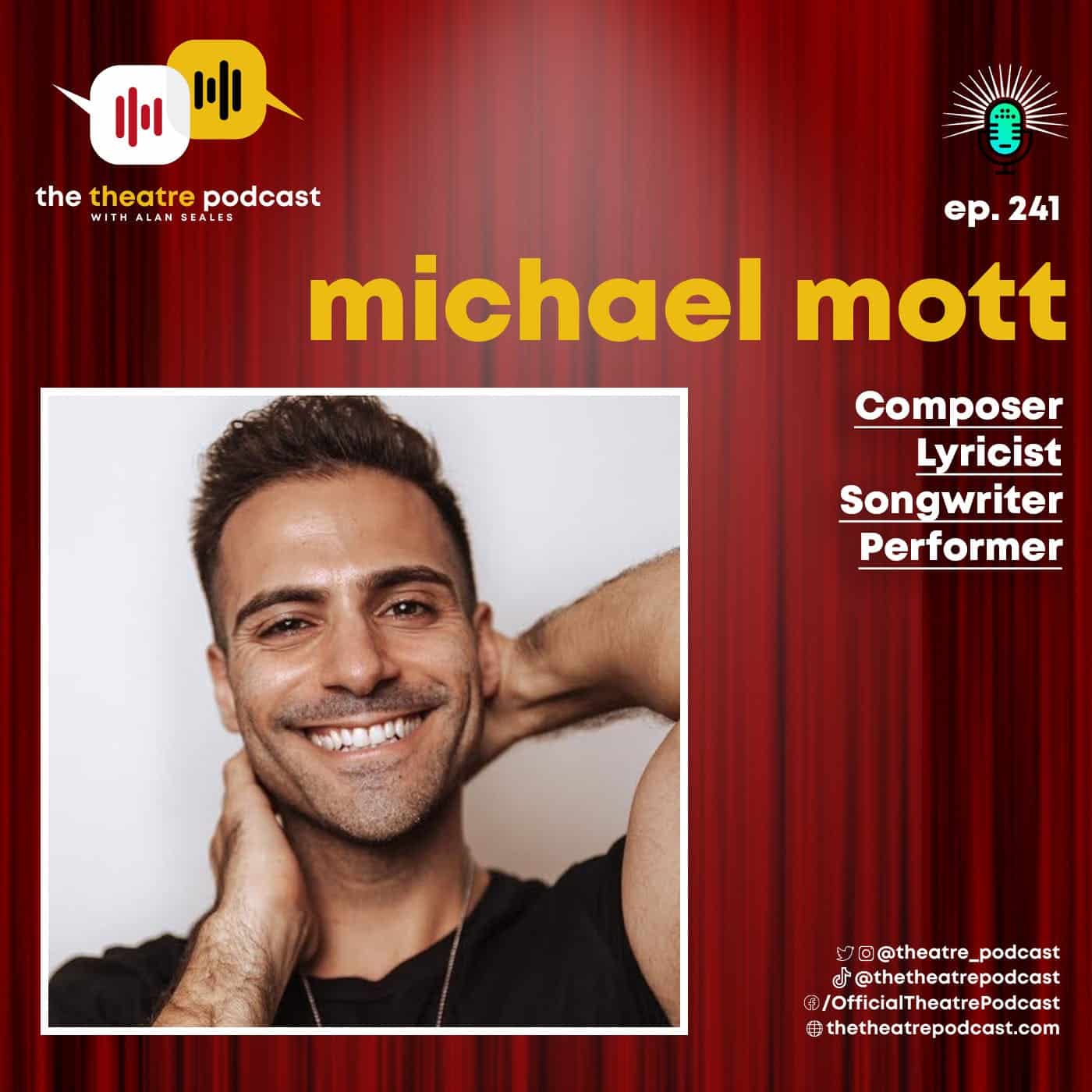 Nothing brings people together more than music and performing; Michael Mott got the best of both worlds as he prepares for his second annual holiday show, “Michael Mott & Friends,” happening in December, along with the release of a brand new single performed by the incomparable Jessica Vosk. Michael was also a professional actor for seven years and while he was grateful for all the work, he realized he was never fully happy. This led him to apply to the prestigious BMI Lehman Engel Musical Theatre Workshop, which subsequently changed his life.. Aside from acting, he’s also a successful composer and has always been passionate about music. He talks about finding his own style, writing for another person, his issues with the current things on Broadway, the craft that goes into making a musical theatre song, and the indescribable feeling and comfort music brings him that he wants to give back to listeners. A decade later, amongst all his writing and composing success, he even finds himself accepting roles again.

Michael Mott is an award-winning composer, lyricist, songwriter and vocal producer who’s also recognized internationally for his talent. He graduated from Ithaca College with a Bachelor of Fine Arts Degree in Musical Theatre Performance and is currently living and working in New York. Michael had a successful acting career in the late 2000s, performing in many Off-Broadway, regional and national touring shows, including “Milk and Honey”, “I’d Rather Be Right”, “Kiss Me, Kate”, “Do Black Patent Leather Shoes Really Reflect Up?”, “9 to 5”, “A Closer Walk With Patsy Cline”, and “Miracle on 34th Street”. In 2012, he decided to pursue writing and was accepted into the prestigious BMI Lehman Engel Musical Theatre Writer’s Workshop. Since then, Michael has written numerous original musicals, including “In The Light”, “A Faustian Tale” (book by Nathan Wright and Justin Silvestri), “The Fairy’s Tale” (book by Gretchen Suárez-Peña), “Mob Wife”, “A Mafia Comedy” (book by Corey Skaggs) and “Riding Out The Storm” (book & lyrics by Christine Toy Johnson). He was also commissioned to write the music and lyrics to “Lucifer”. Apart from writing music, Michael is also known for his recording studio works which include the LPs “Where The Sky Ends”, “In The Light, A Faustian Tale”, which debuted at #8 on the Billboard Musical Theatre charts, and “Abandoned Heart”. His EPs include “The Only One”, “Where The Sky Ends: The Dance Remixes” and “Gone: The Remixes” while his singles include “Christmas, Will You Stay?” (feat. Laura Osnes), “The Impossible” (feat. Matt Bloyd), “Fly High” (feat. Emma Howard). He has written original award-winning material for NYC’s The Boy Band Project, including “Get Behind My Love” and “Jingle My Bells” which won Best Original Song at the 2020 Broadway World Cabaret World Award. He will be releasing a new song with Jessica Vosk on December 2nd, 2022, and having his second annual holiday show, “Michael Mott & Friends” at The Green Room 42 in NYC on December 3rd, 2022.