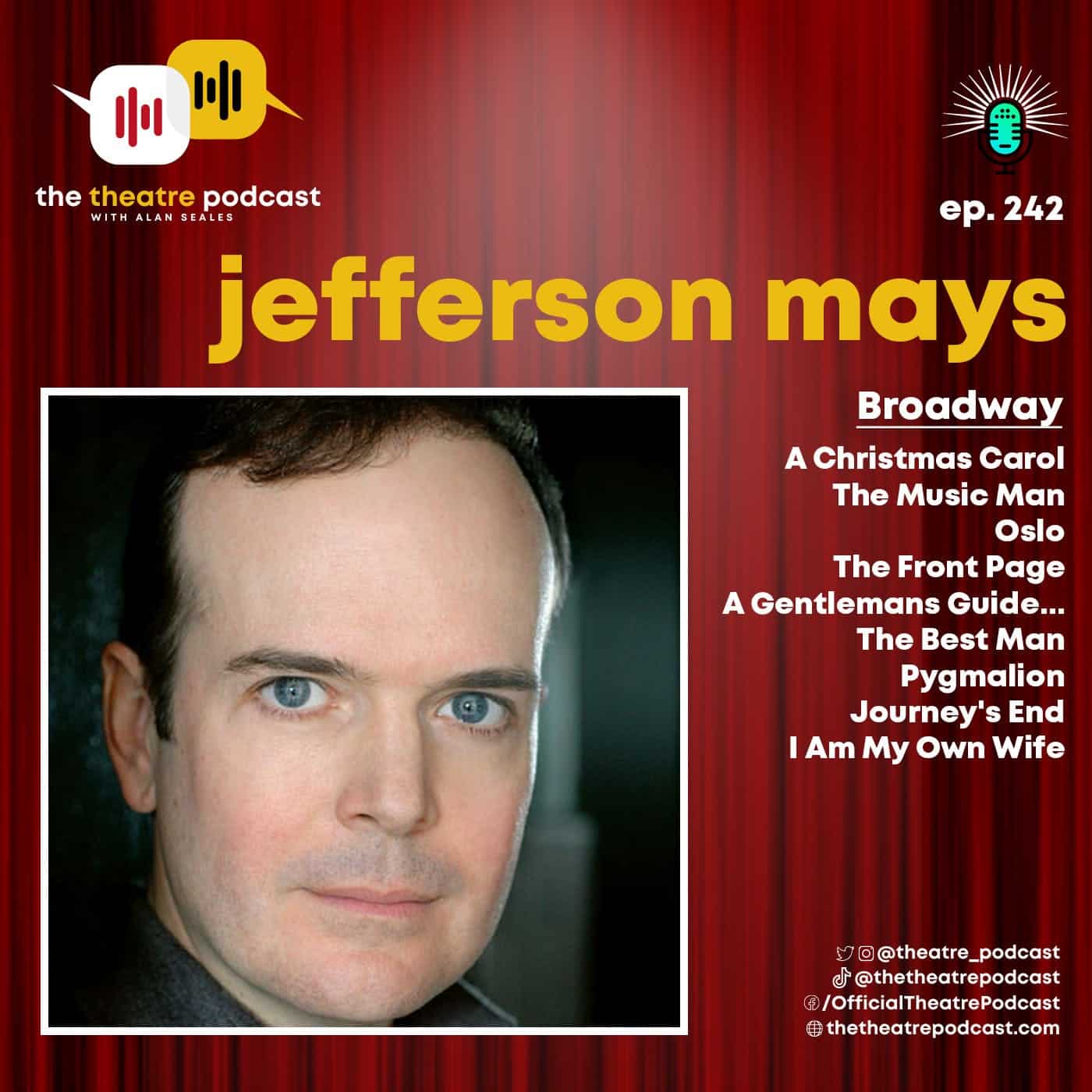 Jefferson Mays is currently on Broadway in his original interpretation of “A Christmas Carol” doing perhaps what he does best: playing multiple roles in a single show. Jefferson recalls the strange beginning of how it all started, which was when he and his wife ran smack into Matt Schackman, the Artistic Director of Geffen Playhouse, as they were walking their dogs. He was eventually inspired to base their version on Dickens’ original, one-man version. Jefferson also has his parents to thank for reading “A Christmas Carol” to him and his siblings when they were young, which sparked his love for performing and storytelling, thinking it was theatre in its purest form. Decades of experience later, he reflects on how this year has been the year of the understudy and swing, and how their talent and heroism changed his whole idea of what a company means. While performing on stage brings him joy, it’s those moments off stage that makes him appreciate the magic of theatre even more. Jefferson admits to gravitating towards storytelling, sharing that this allows him to explore characters and their complexity endlessly. And while he doesn’t have a list of roles to play before he reaches a certain age, he enjoys getting “mugged or ambushed by a production” for different kinds of roles. He shares what it’s like to grow up with older siblings and the privileges that come with it, hearing the voices of his parents when he’s performing on stage, and how his sense of curiosity and wonder motivates him to keep performing.

Jefferson Mays is an actor and a three-time Tony Award nominee for his performances in “Oslo”, “A Gentleman’s Guide to Love and Murder”, and “I Am My Own Wife” a Pulitzer Prize-winning play by Doug Wright, where he played over 40 different roles and won for Best Performance by a Leading Actor in a Play. His other stage credits include “The Front Page”, “The Best Man”, “Pygmalion”, and “Journey’s End”. His TV credits include “The Americans”, “Westworld”, “Nurse Jackie”, “Law and Order: SVU”, “The Closer”, “Julia”, “Perry Mason”, “Hacks” and a guest role on “Unbreakable Kimmy Schmidt”. He was most currently seen on Broadway’s “The Music Man”, and recently completed his one-man rendition of “A Christmas Carol” and is now bringing the same show to Broadway. He has also appeared in numerous films, including “Inherent Vice”, “Ned Rifle”, “Showing Up”, “The Ballad of Buster Scruggs”, “Kinsey” “Rebel in the Rye”, and “The Giver” among others.