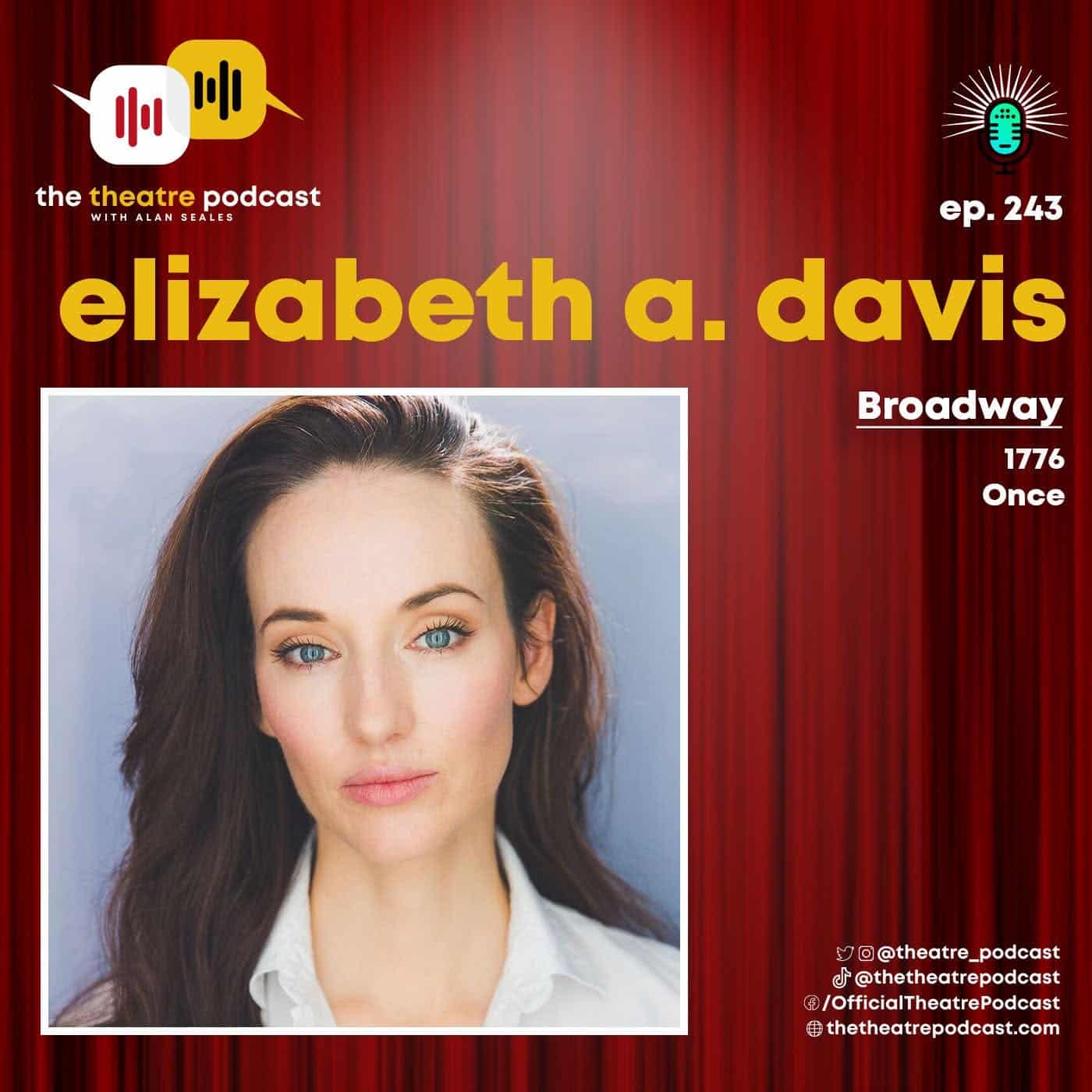 Elizabeth A. Davis is currently gracing the Broadway stage as Thomas Jefferson in “1776”, where she has the unique opportunity to showcase her actual violin skills at the same time. She talks about what it’s like performing eight shows a week while pregnant, and the financial and societal expectations that come with it. Elizabeth’s love for music started at a very early age, sharing that she started playing an instrument with a butter box with a ruler in it when she was three years old. She reflects on how music was an important part of her family’s life, and why she played not because she had an inkling it would be her trajectory but for the discipline of it. Playing as Thomas Jefferson, she shares that the pieces that she’s playing on stage were pieces that Jefferson himself played, how she auditioned and how they were particular about casting actors who can play instruments very well, and why she considers “1776” a true musical theatre. She admits that singing on stage still terrifies her, and while she thought she wasn’t a good enough violinist or a vocalist to major in them, she knew that she was a storyteller and got her degrees in classical theatre performance instead. As a storyteller, Elizabeth reflects on why the act of acting is a total defiance of death, why she aims to live her life as a thank you, and why failure is your friend and something that is not to be feared.

Elizabeth A. Davis is a multi-talented, multi-hyphenate actress who received a Tony Award nomination for originating the role of Reza in the Broadway production of “Once”. She has over 30 Off-Broadway credits, including “The Resistible Rise of Arturo Ui”, “Women on Fire: Stories from the Frontlines”, “Zorba”, “Rain”, “Allegro”, “The Caucasian Chalk Circle”, and “The 39 Steps”. She’s appeared in several TV shows such as “Fringe”, “Blue Bloods”, “The Jim Gaffigan Show”, and “Law & Order: Special Victims Unit”. She has also written original musicals and short plays, and sung on Ben Platt’s album, “Sing to Me Instead”. Elizabeth is playing Thomas Jefferson in Broadway’s “1776”, where she sings and plays the violin on stage.