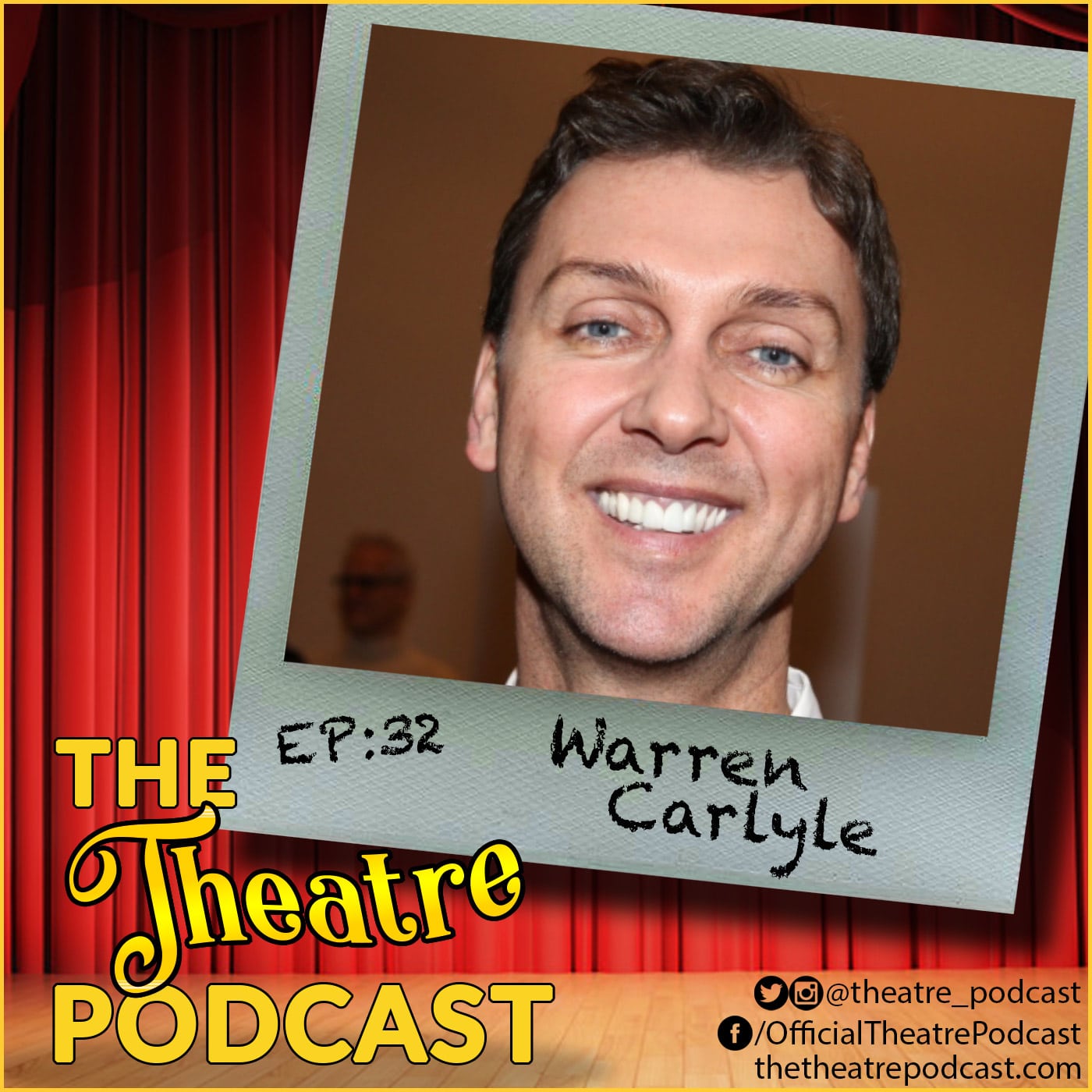 Warren Carlyle is a Tony, Drama Desk, and Outer Critic Circle Award winning director and choreographer. To top it all off, he was just nominated for 2019 Tony Award for best choreography for Kiss Me, Kate, now playing on Broadway through June 30, 2019. This British-born powerhouse has a mile long resume and a big heart that just needs to dance.

Warren has worked with the likes of Bob Fosse to Mel Brooks to Susan Strohman to Hugh Jackman and so many others.  In this episode, he discusses  his humble beginnings as a hyperactive child in the UK which led him to start dancing professionally.  He caught his big break when he moved over to the US to work on The Producers in 2000.  Warren is now working on the revival of The Music Man starring Hugh Jackman and Sutton Foster. He’s previously won a Tony Awards for best choreography for After Midnight, in which he also received a second nomination for Best Direction. Other popular credits include The Mystery of Edwin Drood, A Christmas Story, She Loves Me, and Hello Dolly.