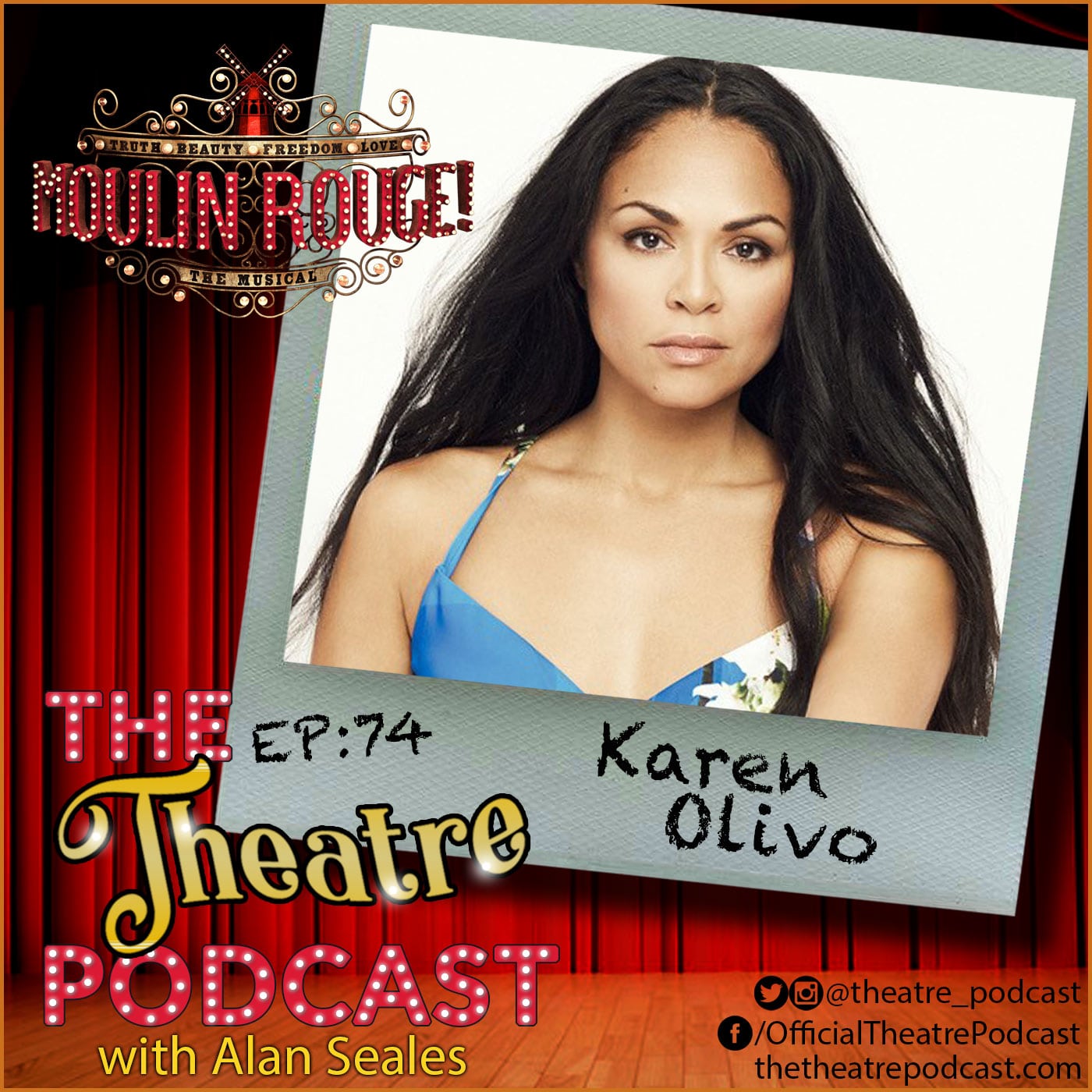 Karen Olivo is a Tony-Award winner who made her Broadway debut in Rent before going on to roles in Brooklyn, the Musical, In The Heights, and West Side Story (which is where she won her Tony!). She is now amazing audiences, critics, and everyone in between 8 times a week as Satine in Moulin Rouge the Musical.

Karen was born in the South Bronx before moving to Central Florida. Although far from Broadway, performing was still in her family. Her dad was a director and mom worked lots of jobs in the theatre. After her dad started his own troupe, she found herself on stage at the age of 6, where she discovered a sense of power and belonging. The stage gave her balance and was a safe haven to escape the troubles of youth.

After bouncing between a performing arts high school and “regular” high school, she found herself at the University of Cincinnati College-Conservatory of Music (CCM) — but never graduated. She went to her first open call [for Rent]… and booked it. The rest, as they say, is history.