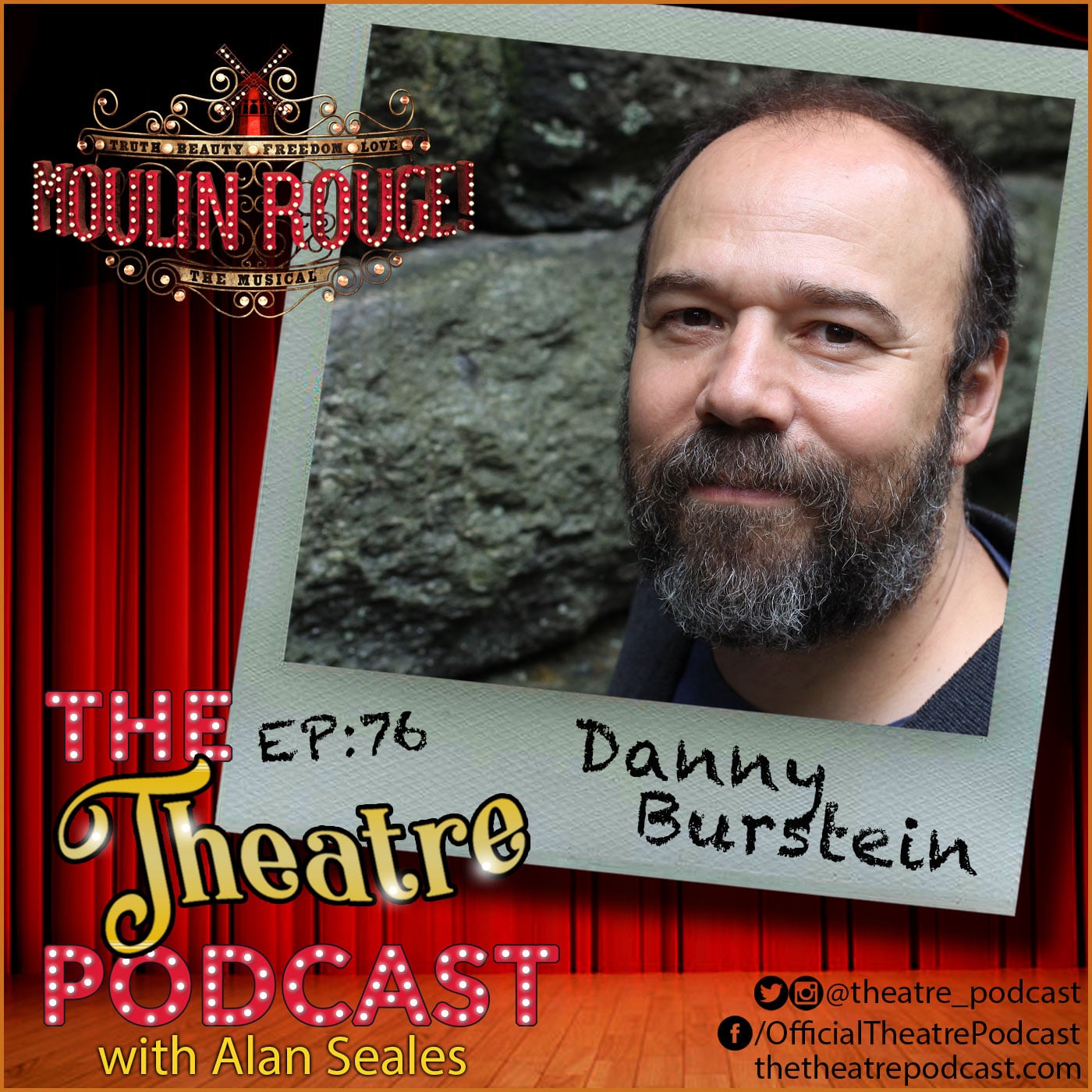 Danny Burstein is a six-time Tony Award nominee who made his Broadway debut in 1992 and now has 18 Broadway credits including Company, Titanic, The Drowsy Chaperone, South Pacific, Women on the Verge of a Nervous Breakdown, Follies, Fiddler on the Roof, and most recently My Fair Lady opposite Laura Benanti. He can be seen all over the small and big screens, currently as D.A. Lewis Cormier on the CBS TV series Evil, and can even be heard lending his voice to video games such as Grand Theft Auto and more. He is now on stage as Harold Zidler in Moulin Rouge the musical.

After deciding at a young age that performing was for him, he attended the High School of Performing Arts in New York, Queens College, and then University of California, San Diego to take an MFA in Acting. Throughout his highly acclaimed career, he almost said no to the offer of what then came The Drowsy Chaperone. While performing 8 times a week, he also makes the time (often at the expense of sleep) to also maintain an active TV, film, and voice over career.

On a more serious note, we discuss Rebecca Luker’s (his wife) recent diagnoses of ALS, more commonly referred to as Lou Gehrig’s Disease. He is candid and emotional about the toll it has taken on both of them in addition to the incredible drive and strength Rebecca has to stay well. Please visit http://prosetin2020.org/ to donate to further research and test an ALS drug candidate that Rebecca will be trying.