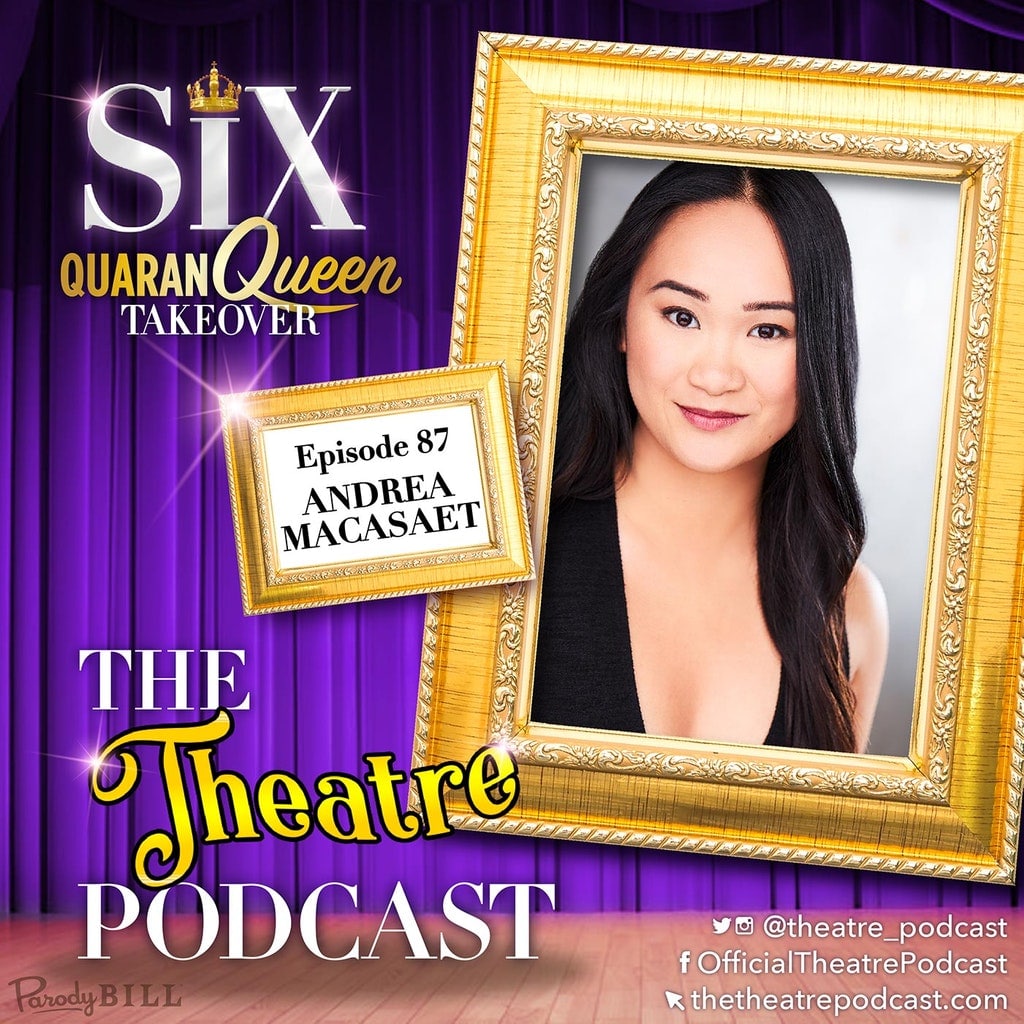 Andrea Macasaet has appeared in each North American iteration of SIX the Musical, including productions at the American Repertory Theater, Chicago Shakespeare Theater, Ordway Theater, and Citadel Theatre. Throughout Canada she has also performed in productions of Heathers: The Musical, Avenue Q, The 25th Annual Putnam County Spelling Bee, and Miss Saigon. While she is no stranger to playing Anne Boleyn in SIX the Musical, this production will mark her Broadway debut.

Andrea was born and raised in Winnipeg, Manitoba, Canada. She shares that her childhood was full of Filipino singing competitions, where she would use karaoke tracks and her mother would direct her – “Now walk over here and make sure you look at them in the eye.” In the 4th grade, Andrea was first introduced to musical theater when she performed in a local production of The King and I. It was after this production that Andrea began pursuing acting, singing, and dancing. She became a competitive dancer, performed in local theater productions throughout high school, and upon graduation went to study the performing arts in Victoria, British Columbia.

Andrea opens up to us about her life around 2016-2018, what she recalls as a really hard few years. Without an agent, and constant rejection, Andea decided to take a break from theater because she didn’t want her “heart broken anymore”. She had been an employee on and off between shows at LuluLemon for a while, and decided to pursue a career with the company. She went back to school to earn a diploma in Human Relations. But an ad for SIX the Musical on Facebook changed her course. In February 2019, Andrea signed up for an open call for the show in Toronto, and the rest is history.