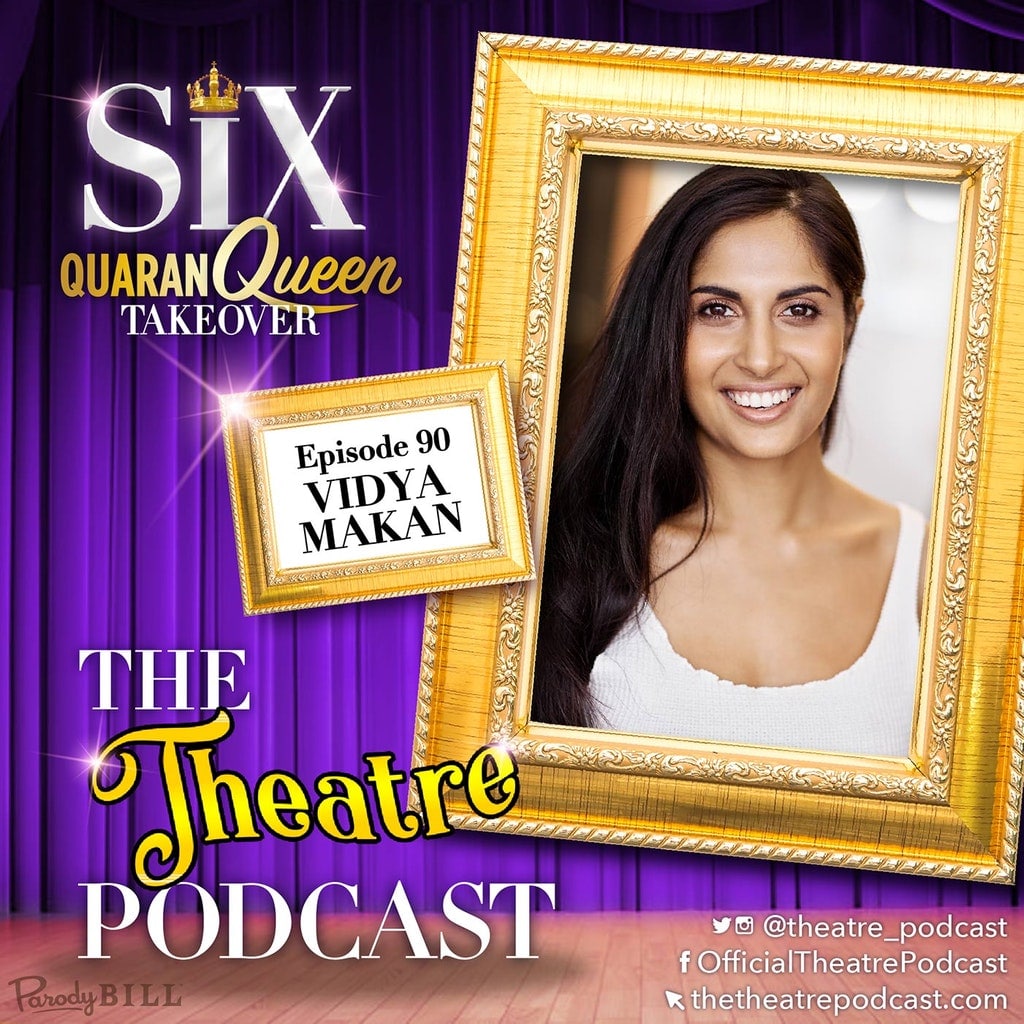 Vidya Makan is a composer, singer, actor, and musician based in Melbourne, Australia, and most recently starred as Dot/Marie in Sunday in the Park with George. Vidya’s other credits include: Lady Capulet in Romeo And Juliet, Green Day’s American Idiot, Merrily We Roll Along and Little Inez in Hairspray. As a composer, Vidya is currently working on My Home Too, a song cycle about Australia and home, while her debut full length musical Woman, inspired by the lives of bohemian artists Gerda Wegener and Lili Elbe is also in development. She is currently part of the original Australian cast of SIX the Musical as Catherine Parr.

Vidya’s parents grew up in apartheid South Africa, later moving to Australia in the 1990’s to get away and start their family. She remembers going to the theater frequently with her family as a child, and when talking about her parents, calls her mom an “absolute arts nerd”, while her dad has a “beautiful” singing voice. Vidya started playing the piano when she was 3, and began singing in choirs when she was 5 years old – but was also a self-declared “tom-boy”. Her first dream was to play soccer for Australia, and at 15 years old Vidya received a scholarship to train at the Manchester United Soccer School in England for a week. While in England, she and her father attended a performance of Wicked, and Vidya recalls, “There was something about that show that just got under my skin.” They returned home to Australia, she auditioned for the school musical for the first time – The Wiz – and landed the role of Dorothy. And that was it! From there it was ‘goodbye soccer, hello theater’. Vidya went on to study musical theatre at The Queensland Conservatorium’s Griffith University.

During our conversation, Vidya talks with us about the journey of finding her place in the performing arts industry in Australia. As a woman of color she “hasn’t had the cookie-cutter career because she isn’t the cookie-cutter performer” – as successful musical theater shows that transfer from America to Australia aren’t necessarily crafted to showcase more ethnically diverse performers. She shares that a large part of her journey has been about finding those companies (usually with younger people at the helm) where she can be seen just as a woman, outside of type or ethnicity or race. And so it seems SIX the Musical is very naturally the next step in this journey, as casting was “not about anything else other than getting the right person for the role”, boasting diverse casts across all its productions.