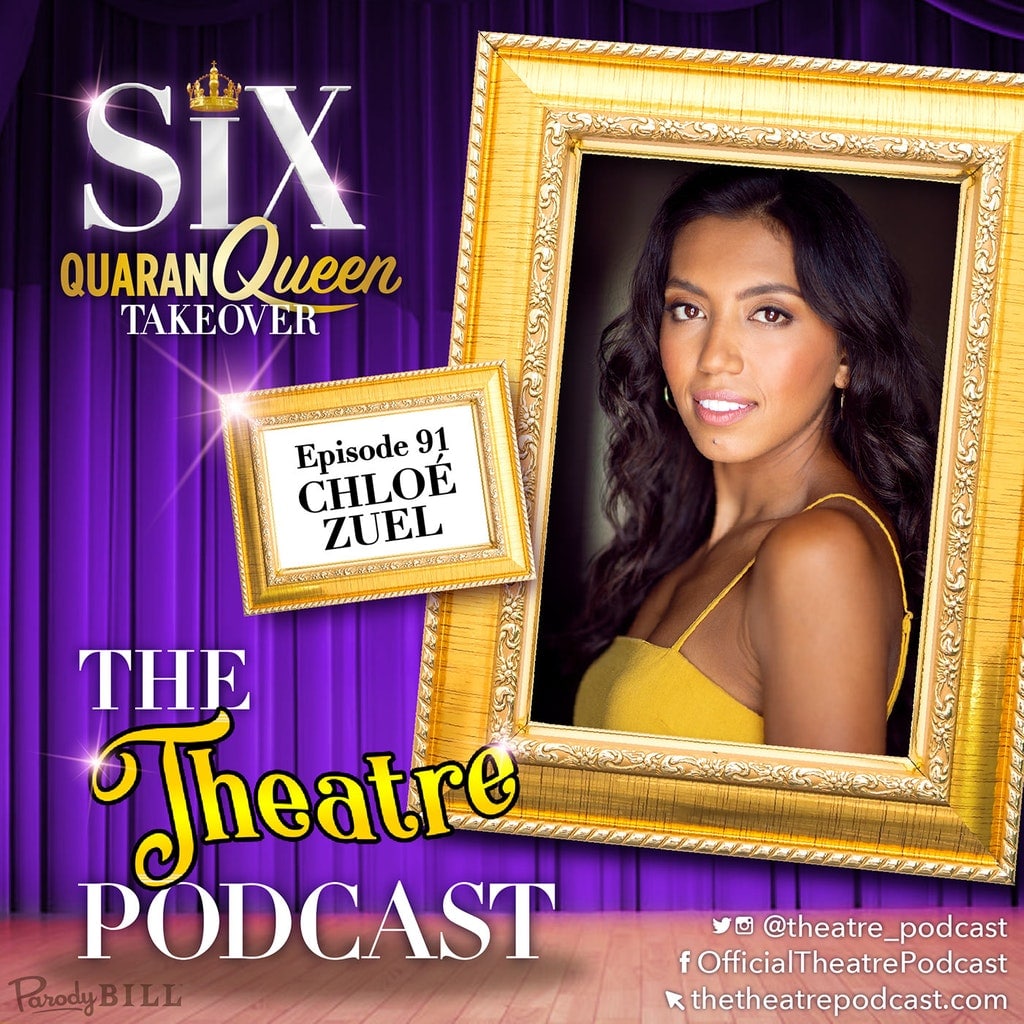 Chloé Zuel is a singer and performer who has worked as a lead singer across Australia and Internationally including two years at Universal Studios Japan and three months at The Venetian, Macao. She was most recently seen as Anita in West Side Story, and as Sarah in Ragtime. Chloé’s other various credits include the Australian premier production of Beautiful; The Carole King Musical, Hairspray, Legally Blonde the Musical, The Mikado, Les Misérables, Rent, the Australian tour of Little Shop of Horrors and Porgy and Bess. She is currently part of the original Australian cast of SIX the Musical as Catherine of Aragon.

Born and raised in Sydney, Australia, Chloé’s mother had her when she was young, and up until she was 8 years old it was just the two of them. Chloé speaks of her mother with awe and appreciation, as she single handedly supported her early performing arts dreams. She started taking dance classes at age 5, competed regularly in dance competitions, and began singing when she was 12 years old. Chloé calls herself that kid who put all her eggs into one basket – it was always clear in her mind that performing was all she wanted to do. She shares that she used to put on a CD every night and would fall asleep to music. Chloé went on to study and graduate from ED5 International, Australia’s premiere Performing Arts Training Facility, and has been lucky enough to be working steadily ever since.

Chloé opens up to us about living with terrible anxiety as a performer. For a little while she wasn’t sure she wanted to continue performing – she forgot why she loved it and why she did it. She says, “When you have anxiety, performing everyday, performing every moment” can be hell. She recalls having panic attacks in the wings during performances of Beautiful: The Carole King Musical. As someone who struggles with anxiety, she tells us that she found the audition process for SIX really difficult, as a lot of it required singing, dancing and performing in front of everyone else who was also auditioning. But also shares that from the get go – from auditions – the environment created was always one which was about supporting each other, cheering each other on; about being unique, and appreciating everyone else’s unique qualities. She recalls getting butterflies at their initial launch for SIX, realizing what a special project she was now a part of. And now they are a family. Chloé shares, “There’s a really deep love and respect that we have for each other, and an understanding”.