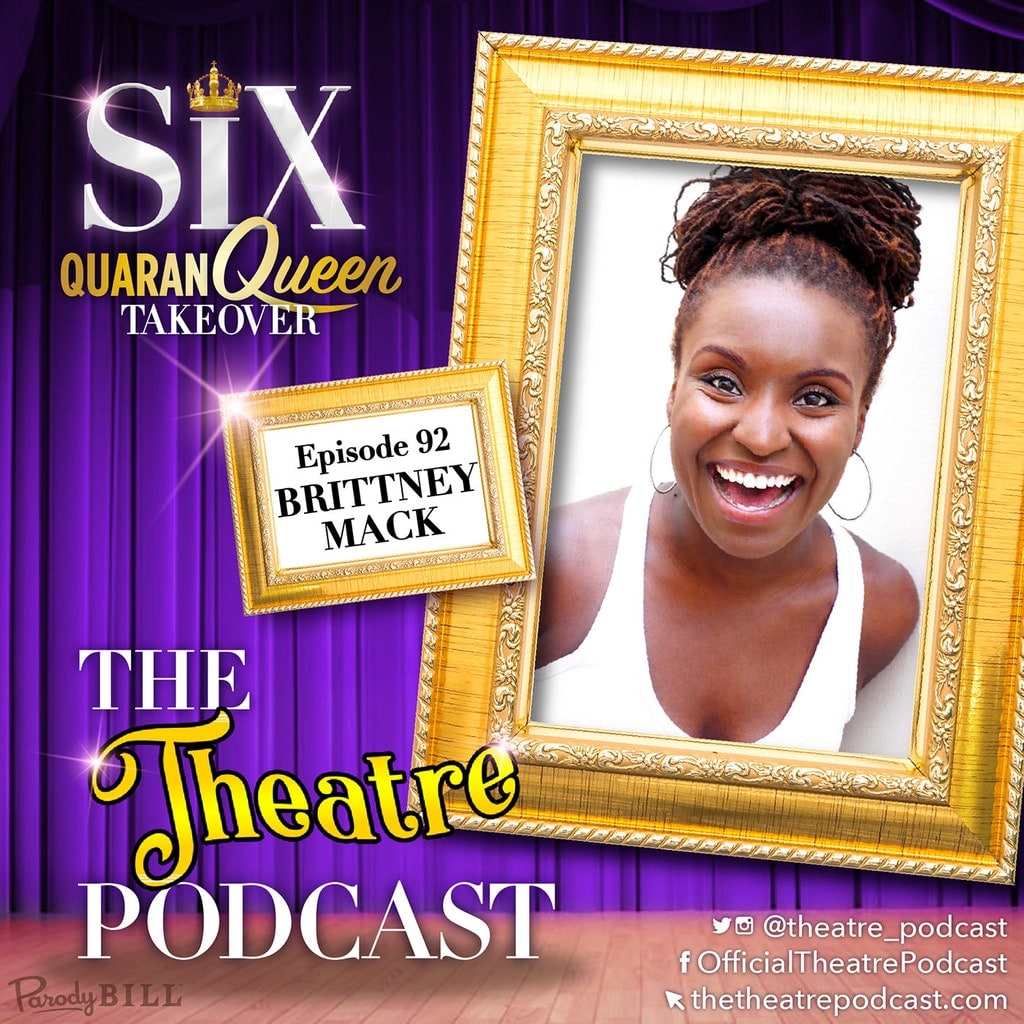 Brittney Mack is a performer from Chicago, Illinois, who was most recently seen as Anna of Cleves in the North American Tour of SIX the Musical. Her other credits include Rent, The Wiz, Hairspray, Avenue Q, Shrek, In the Heights, Ain’t Misbehavin’, All Shook Up, and Little Shop of Horrors, as well as the national tour of Memphis. She has performed on Royal Caribbean Cruise Lines, and has been seen on the FOX television show Empire. Brittney is making her Broadway debut with her portrayal of Anna of Cleves in SIX the Musical.

Born on the south side of Chicago, Britney was one of 5 raised by a single mother and “an incredible tribe of friends.” She shares that one of her favorite things to do as a kid was listen to late night story times – full stories and plays – on the radio. She recalls one show in particular called It’s Your World!, a modern day radio soap opera that played on the Tom Joyner Morning Show, which she would wake up at 5 AM to listen to before school. She believes it was these radio shows that helped spark her imagination. Her mother was always supportive of her dreams to perform, and Britney says, “My mom is the reason why I’m doing what I’m doing.” Brittney attended the Chicago Academy for The Arts, a college prep high school, and later went on to attend The American Musical and Dramatic Academy (AMDA) both in Los Angeles and New York City.

Brittney shares that as an artist she has always been blessed to find steady work. Throughout a performing journey that has taken her all over the world, she recalls revisiting her storage unit in between contracts in order to swap out some clothes and head out for the next production. Brittney had been out to sea on her contract with Royal Caribbean when her grandfather became ill, after which she relocated back to Chicago to be closer to her grandmother. And it was after being on the road with the national tour of Memphis that she found herself in a general audition for Chicago Shakespeare Theater. She shares that it wasn’t until about her 4th audition for them that she really even knew what SIX was all about. She is grateful for this in retrospect, as it could have added unnecessary pressures in the audition room. “It was a blast being in the room,” she said, as they all auditioned in front of and with each other. It was an audition experience like none other, and she’s pretty sure she’ll never have another like it.