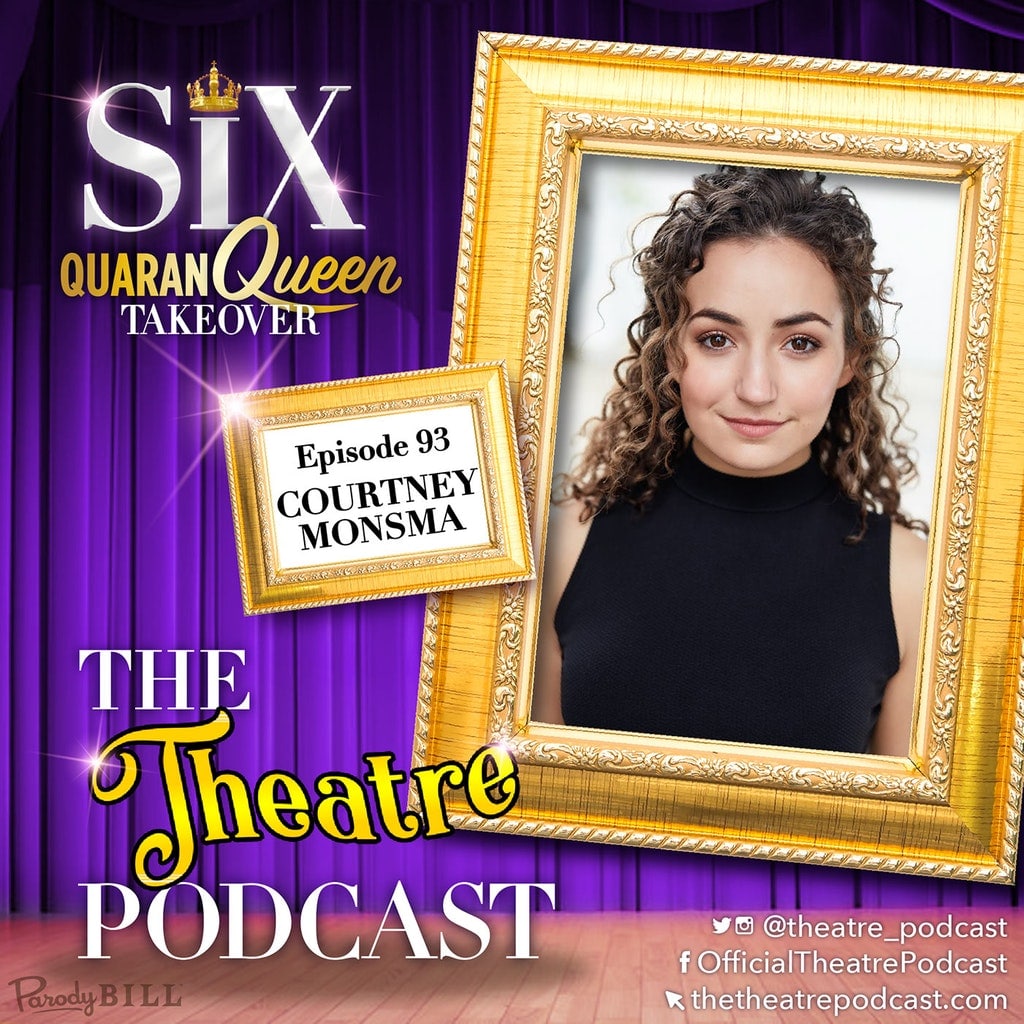 To watch the video version of this interview, please click here. Listen to the SIX studio cast recording, or grab the sing-a-long edition!

Courtney Monsma is an actor, singer and dancer from Queensland, Australia. Most recently Courtney performed in the Australasian tour of Disney’s Aladdin, and also appeared in the Australian tour of MAMMA MIA! understudying the role of Sophie. During her years of training, Courtney played Charity in Sweet Charity, Carmen in The Life; toured with the production of I Love You, You’re Perfect Now Change, and in her final year played Maria in West Side Story. She appeared in Opera Queensland’s Kiss Me Kate and was a 2018 finalist for the prestigious Rob Guest Endowment Award. Courtney is currently playing Katherine Howard as part of the original Australian cast of SIX the Musical.

While Courtney was born in Adelaide, Australia, she relocated to Queensland when she was fairly young, and currently resides there. Courtney started as a dancer at a young age, and after seeing her sister perform in a community theater production when she was 8 years old, she quickly followed suit. This is also when she discovered singing, and finally felt, ‘ah yea, this is for me” – she knew this was what she wanted to do with her life. “There’s nothing that compares to the feeling I get when I sing,” she told us. Courtney quickly became involved with the community theater scene, and upon graduating from high school sought a way to hone her skills and pursue performing as a career. She found herself at Queensland Conservatorium Griffith University and graduated with a Bachelor of Musical Theatre.

Portraying Katherine Howard in SIX the Musical is not for the faint of heart, and Courtney reflected on how much she’s grown and learned throughout a journey that’s included auditions, rehearsals, and performances. She shares how Howard taught her about getting rid of the white noise in her head, and that there is no time for feeling down on yourself because it only holds you back. Throughout auditions and rehearsals the queens were instructed to never do anything that wasn’t authentic to themselves as individuals. As a result, she has also gained a lot of confidence – confidence that will carry her into her next starring role as Anna in the Australian tour of Frozen. Courtney shares that if it hadn’t been for SIX, she doesn’t think she’d be ready for Frozen. “SIX taught me so much about myself”, she says, both personally and as a performer.