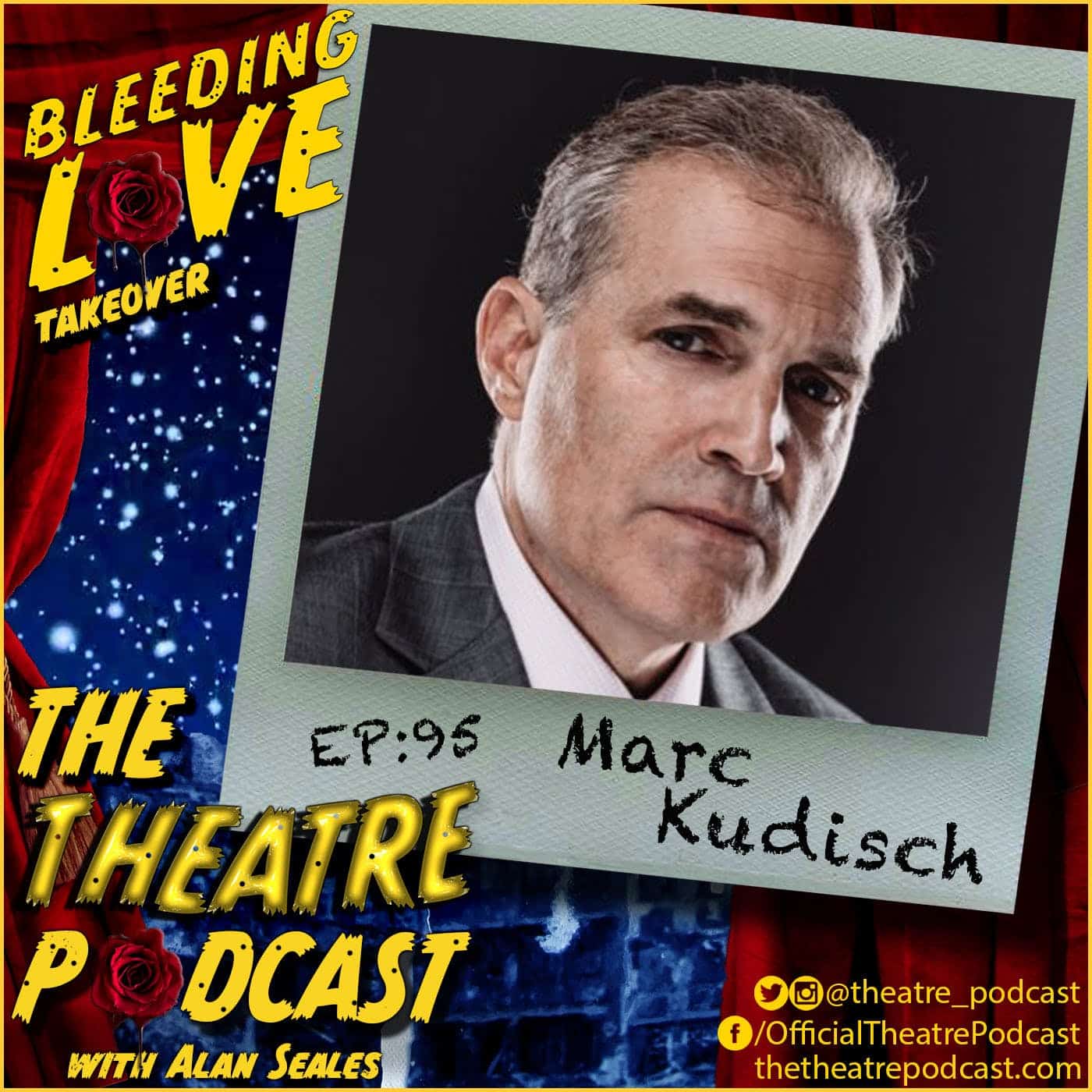 Marc Kudisch stars off the Bleeding Love musical podcast takeover, a brand new completely original musical podcast set in a post-apocalyptic future where it’s not safe to go outside.

Marc is a 3-time Tony Award nominee for his work in Thoroughly Modern Millie, Chitty Chitty Bang Bang, and 9 to 5. He is a Drama Desk Award winner and two-time Outer Critics Circle Award Nominee. Some other Broadway highlights include Finding Neverland, Hand to God, Assassins, the Scarlet Pimpernel, and Beauty and the Beast. You also might recognize him from TV and film credits such as The Tick, Billions, Mindhunter, Limitless, House of Cards, Unforgettable, Person of Interest, Gossip Girl, Blue Bloods, SMASH, and even Sex and the City. He recently starred in the off-Broadway production of Girl from the North Country and is now reprising the same role — once Broadway returns, of course! However you can catch him right now in a brand new way as both the Super and the narrator in the original musical podcast Bleeding Love.