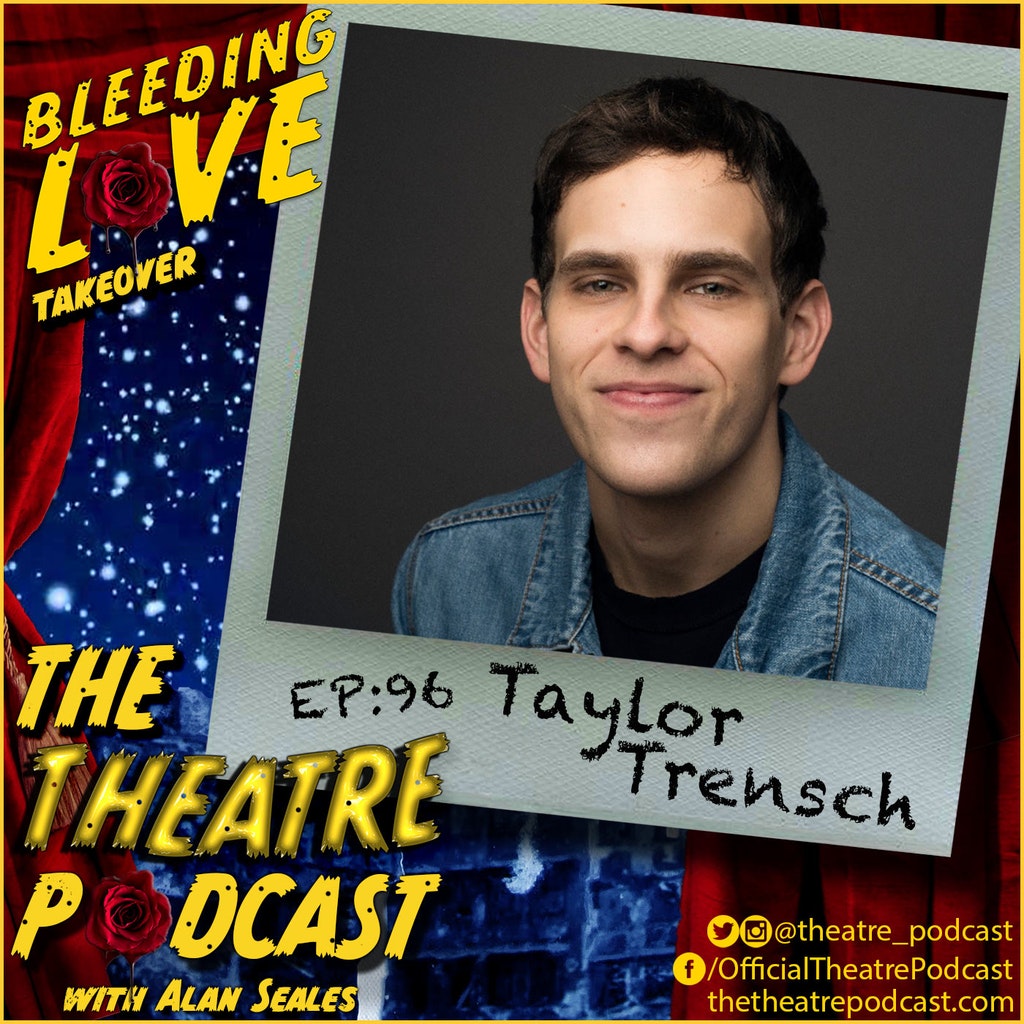 Taylor Trensch has been a familiar face on Broadway since 2012, when he made his Broadway debut in Wicked as Boq. He originated roles in the Broadway debut productions of Matilda The Musical, and The Curious Incident of the Dog in Night-Time. Some of his more recent roles include Barnaby Tucker in the revival of Hello Dolly!, the title role in Dear Evan Hansen, and starring next to Ed Harris as Dill Harris in To Kill A Mockingbird. Taylor can currently be heard as Sweet William in Bleeding Love, a brand new original musical podcast radio play on The Broadway Podcast Network.

Taylor has been spending his time in quarantine in Greenpoint, Brooklyn, but was born and raised in Tampa, Florida. He shares that he grew up in the same house his dad grew up in – had the same childhood bedroom, as well as the same seat at the family dinner table. When Taylor was 5 years old he performed in his first community theater show – The Wizard of Oz. He loved the movie as a child and begged his parents to take him to the audition. He says he peed his pants opening night, and “from then on I couldn’t be stopped.” Growing up, Taylor had severe allergies and asthma, which deterred him from spending a lot of time outside. When he discovered theater, the immediacy of a group of people being in a room together, getting laughs and applause, he was hooked. He shares that by the time he was in middle school, he knew he was gay. And by doing community theater, he started to become aware of the gay and queer adults who were also there, and began to see himself in them.

Playing Sweet William in Bleeding Love is a bit of a throwback for him, as Taylor took part in the original demo recordings that took place in 2016. But the main difference, due to the current coronavirus pandemic, is that no one in the cast can actually be together. Taylor records his songs, and one off lines from the bathroom in his apartment. He describes what a unique challenge it is, calling it “bizarre to try to make a specific, honest choice” as an actor, with sort of no context or ability to play off his fellow actors. There is inherent energy between cast members when they are performing together, they fuel one another. Taylor shares that part of this experience is creating that energy for yourself. Bleeding Love is a show about being in quarantine, but it was written years prior to our current pandemic. And it seems it was rediscovered at precisely the right time.