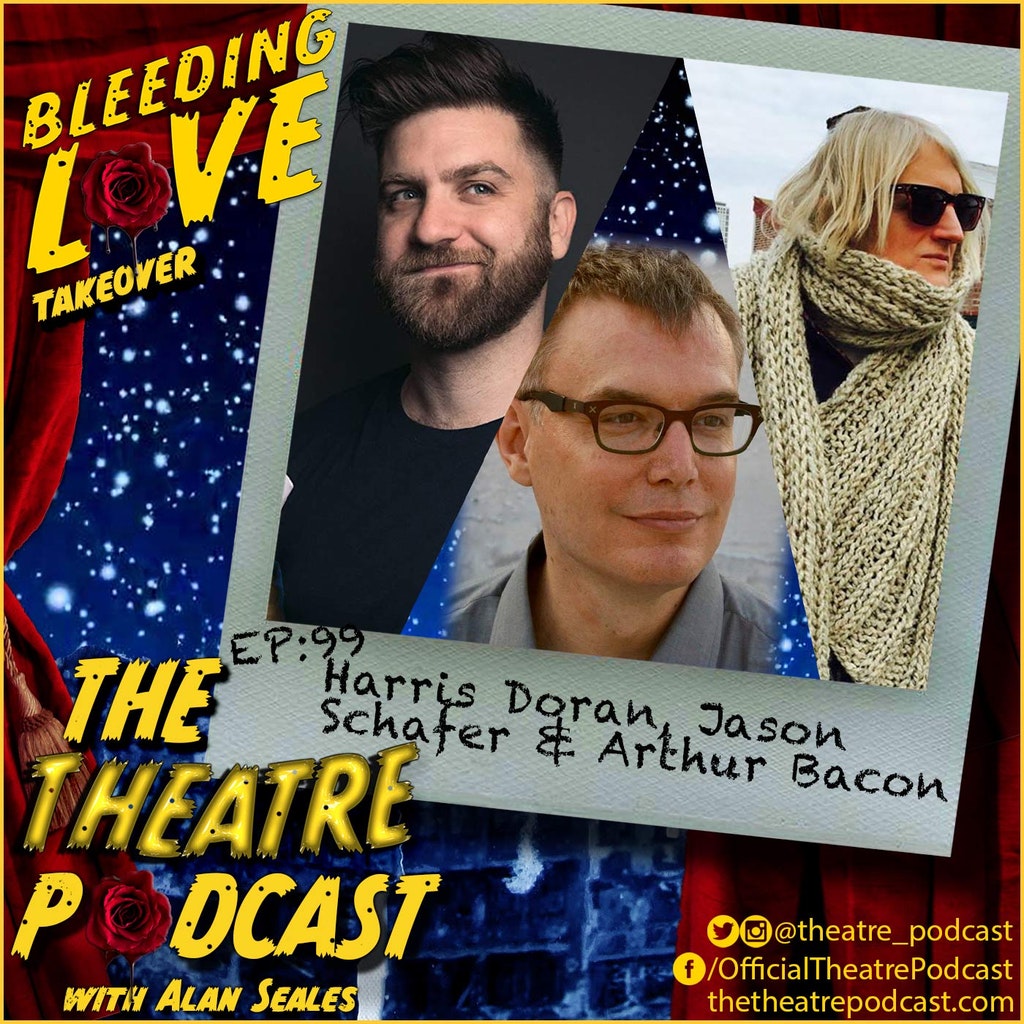 It’s first incarnation may have been 10 years ago, but in a surreal case of art mirroring life, their show which takes place in a world where it’s too dangerous to go outside is more relevant than ever.

Harris Doran, Jason Schafer, and Arthur Bacon are well known individually for their own bodies of work. But their most recent collaboration, Bleeding Love (a brand new original musical podcast radio play on The Broadway Podcast Network) is truly one of a kind. Recorded completely during quarantine, the World Premiere Podcast production of Bleeding Love is directed by Harris Doran, based on a story by Jason Schafer, suggested by Oscar Wilde’s fairy tale “The Nightingale and the Rose” with a book by Jason Schafer, music by Arthur Lafrentz Bacon, and lyrics by Harris Doran. Not only does the show feature an all-star cast of Broadway veterans, it is the same cast of performers who participated in the original demo recordings for Bleeding Love 10 years ago.

Jason Schafer’s inspiration for Bleeding Love started as a small idea while he was an undergrad. He shares that it was not a quick process, as the show evolved over a number of years. “It was a back-burner project” through many of his other projects. Eventually Schafer came to know Harris Doran, who started his career as an actor, and performed in some of Schafer’s work. Doran later met Arthur Bacon at the BMI Lehman Engel Musical Theatre Workshop, a prestigious workshop in New York for musical theatre composers, lyricists and librettists. The trio began working together on Bleeding Love in 2010, and after recording demos, Bleeding Love had its premiere at NAMT (National Alliance for Musical Theatre) in 2012. It went on to have a successful world-premiere run in 2015, live on stage in Denmark at the Fredericia Teater. A few years passed and the fate of Bleeding Love was unclear. After being approached by The Broadway Podcast Network early this year, they questioned how they felt about revamping the show to be an audio-only experience. But less than a week later, COVID-19 changed everything. And a week after that, they began recording.

Make sure to listen to all of Bleeding Love via bpn.fm/bleedinglove