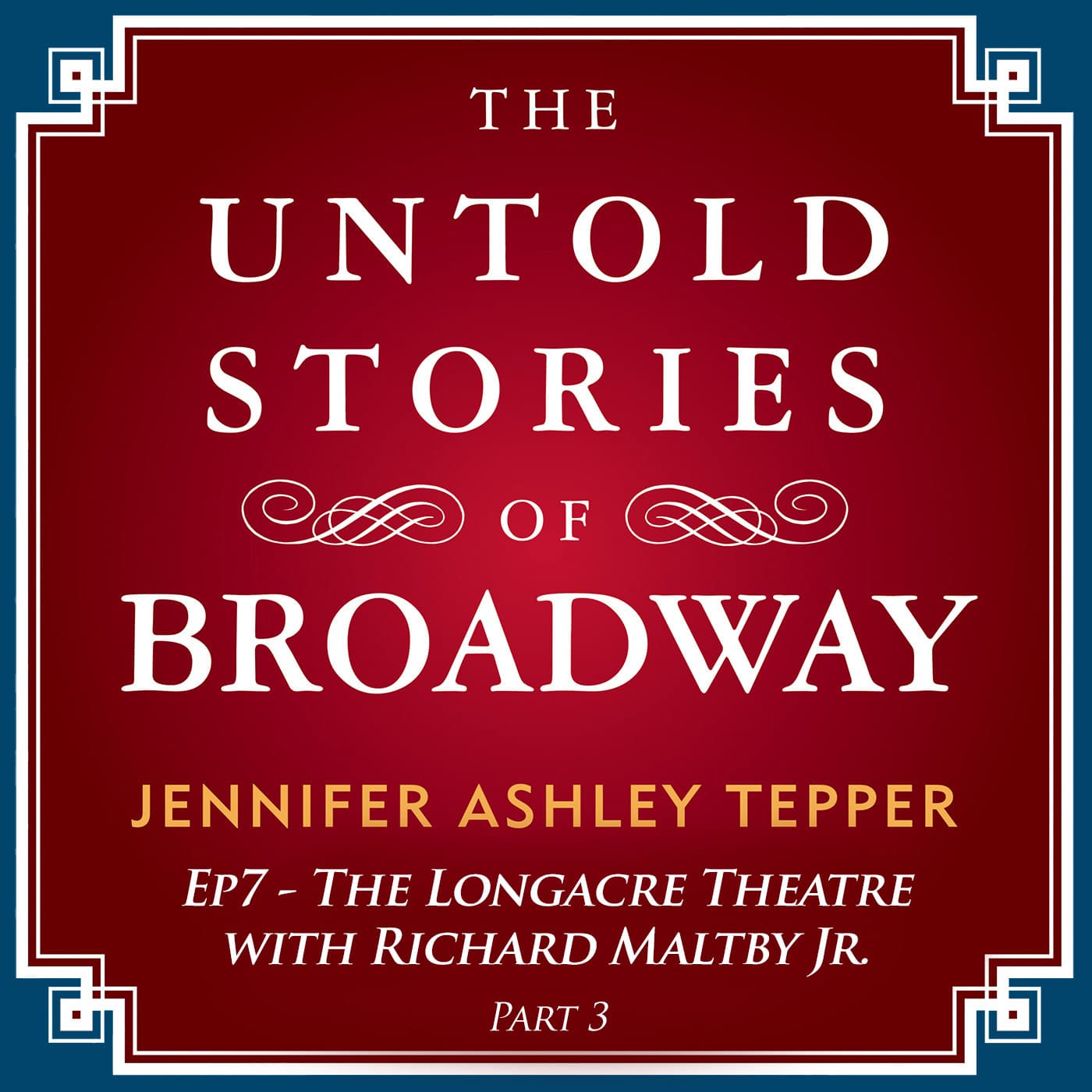 #7 – The Untold Stories of The Longacre with Richard Maltby Jr. Part 3

In the final episode of the three-part Untold Stories of Broadway podcast on the Longacre Theatre, Richard Maltby Jr. and Jennifer Ashley Tepper share the most fascinating stories about one of Broadway’s least explored houses. What Longacre show was saved by Eleanor Roosevelt? How did an actor almost die of smoke inhalation at the theater? In 1978, Ain’t Misbehavin’ moved into the Longacre without a completed set, with a director who’d never done a Broadway tech, with a stage manager who couldn’t count to eight, and with 48 hours until the final dress rehearsal… and became that season’s Tony Award-winning Best Musical. Learn about one of the Longacre’s most triumphant historic moments from the man who made it all happen.

To view the slideshow of the Longacre Theatre over the years, visit our YouTube page here: https://youtu.be/y3AD35XHRJA