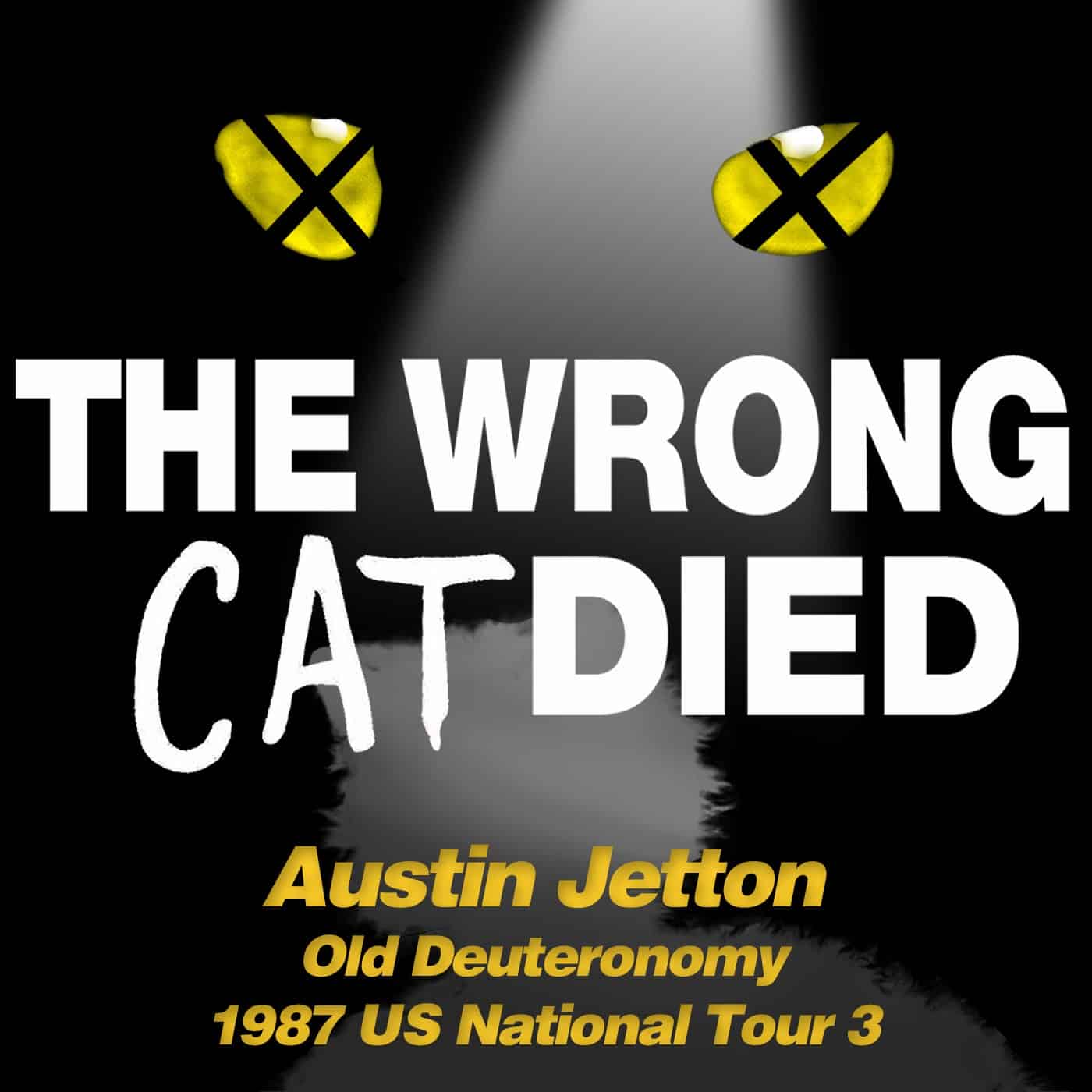 “People thought we were a baseball team.” This episode features Austin Jetton who played Old Deuteronomy on 1987 US National Tour 3. Hear Austin talk about the show jackets that confused people into thinking they were a baseball team, his emotional experiences sitting on stage during intermission, how he came up with the idea for the recent fundraiser, and his theory that Jellicle tribe is actually a small town which influenced his decision for the Heaviside Layer.

Donate to the With Love, Now and Forever! CATS4COVIDRELIEF: https://donate.broadwaycares.org/fundraiser/2798809