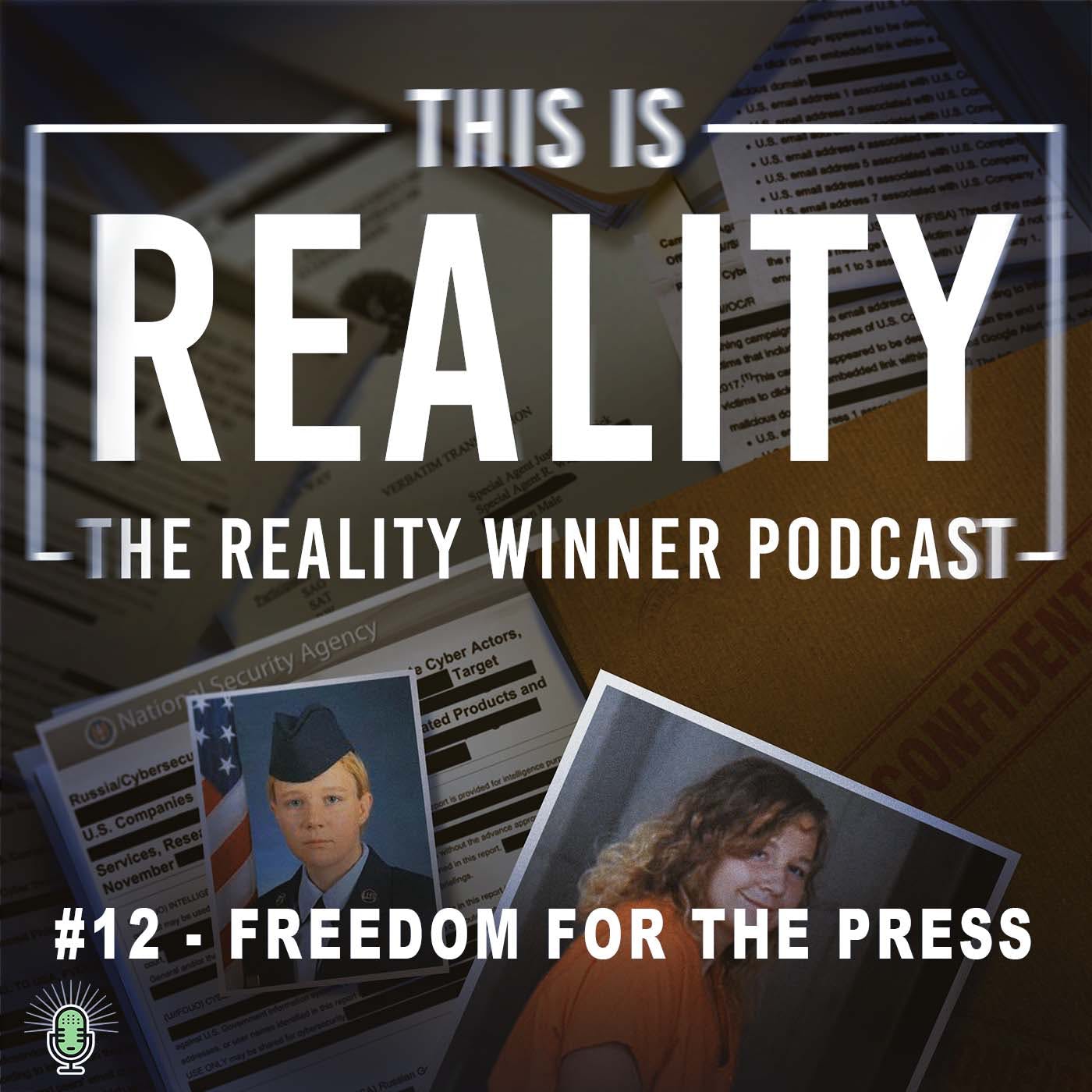 Journalists Trevor Timm and Kevin Gosztola explore why Reality’s case highlights a larger conversation about why freedom of the press is essential to democracy. Reality’s lawyer Alison Grinter Allen adds a legal perspective.

Visit bpn.fm/ThisIsReality for more info, to sign Reality’s petition for clemency, and to get tickets to any productions of Is This A Room.

Trevor Timm is a co-founder and the executive director of Freedom of the Press Foundation. He is a journalist, activist, and legal analyst whose writing has appeared in the New York Times, The Guardian, USA Today, The Atlantic, Al Jazeera, Foreign Policy, Harvard Law and Policy Review, and Politico. He also writes a column on press freedom for Columbia Journalism Review.

Trevor formerly worked as an activist at the Electronic Frontier Foundation. Before that, he helped the longtime General Counsel of The New York Times, James Goodale, write a book on the Pentagon Papers and the First Amendment. He received his J.D. from New York Law School. In 2013, he received the Hugh Hefner First Amendment Award for journalism.

Trevor is also the co-founder of the Stand With Reality campaign, which is raising money for Winner’s legal defense and awareness about the Espionage Act’s use against the sources of journalists.

Kevin Gosztola is managing editor of Shadowproof Press. He publishes the Dissenter Newsletter at Substack and hosts “The Dissenter Weekly” show, which covers whistleblower stories. He also produces and co-hosts the weekly podcast, Unauthorized Disclosure.

Alison Grinter Allen is a Board Certified Criminal Defense Attorney and executive director of Legal Access Texas, an access to justice non-profit organization.