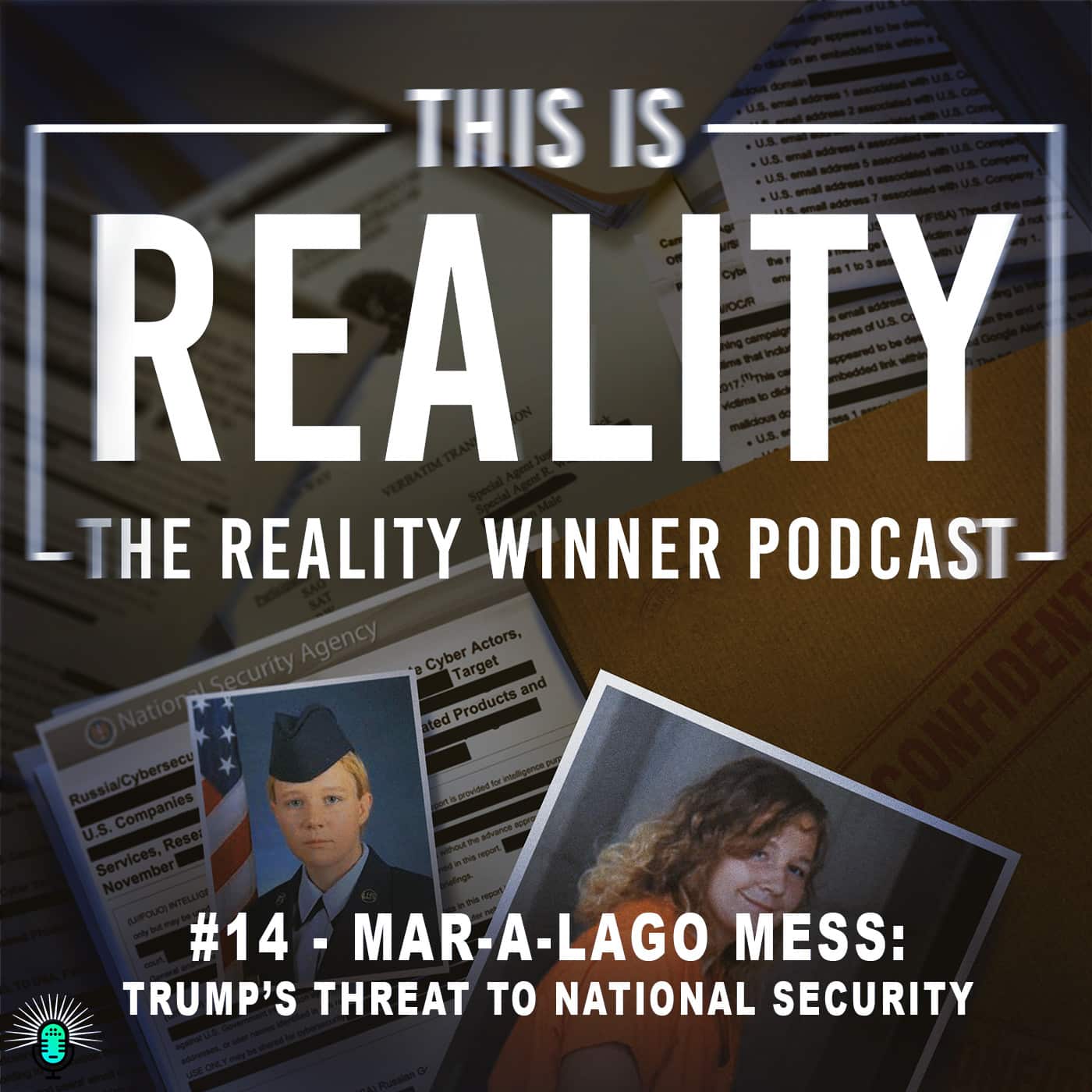 Journalists Marcy Wheeler and Joe Conason share their thoughts on the documents seized by the FBI at Mar A Lago and how Trump could potentially face charges under the Espionage Act, the same charge Reality was brought under.

Joe Conason is editor-at-large of Type Investigations. He is also founder and editor-in-chief of The National Memo, a daily newsletter and news site. For 18 years he wrote a weekly political column for The New York Observer, where he formerly served as executive editor, and for 12 years he wrote a weekly column for Salon. He previously served as investigative editor of The American Prospect and editor-at-large for Conde Nast’s Details. Before that, he worked for The Village Voice as a columnist, staff writer and national correspondent.

He is the author of several books, including Big Lies: The Right-Wing Propaganda Machine and How It Distorts the Truth (St. Martin’s Press) and, with Gene Lyons, The Hunting of the President: The Ten-Year Campaign to Destroy Bill and Hillary Clinton (St. Martin’s Press), both of which were New York Times bestsellers. His most recent book is Man of the World: The Further Endeavors of Bill Clinton. His articles and essays have appeared in Harper’s, Esquire, The Nation, The New Republic, The Guardian (London) and The New Yorker, as well as scores of other periodicals. He appears frequently as a commentator on television and radio, including several years as a regular guest on Air America’s Al Franken Show. A winner of the New York Press Club’s Byline Award, he has covered every American presidential election since 1980.

Marcy Wheeler is an independent journalist writing about national security and civil liberties. She writes as emptywheel at her eponymous blog, publishes at outlets including Motherboard, the New Republic, and Al Jazeera, and appears frequently on television and radio. She is the author of Anatomy of Deceit, a primer on the CIA leak investigation, and liveblogged the Scooter Libby trial. Marcy serves on the Advisory Committee for the House Fourth Amendment Caucus, is a senior fellow at GWU’s Center for Cyber and Homeland Security, and was declared an Internet Human Rights hero by AccessNow.

Marcy has been blogging full time since 2007. She’s known for her live-blogging of the Scooter Libby trial, her discovery of the number of times Khalid Sheikh Mohammed was waterboarded, and for reverse-engineering government surveillance years before it otherwise gets disclosed.

Marcy has a PhD from the University of Michigan, where she researched the “feuilleton,” a short conversational newspaper form that has proven important in times of heightened censorship. Before and after her time in academics, Marcy provided documentation consulting for corporations in the auto, tech, and energy industries. Marcy, her spouse, and June Bug the Terrorist FosterEx Dog recently moved to Ireland.