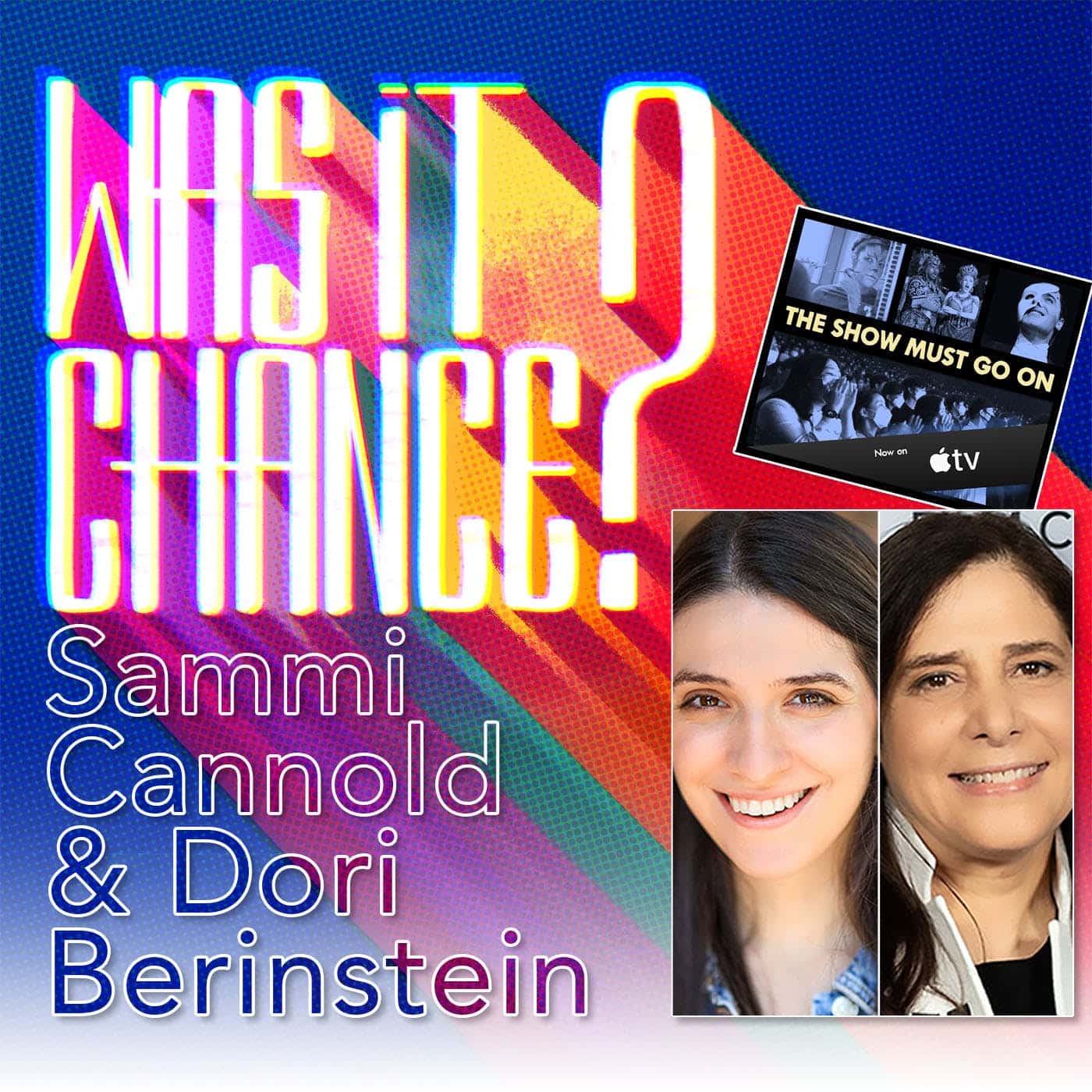 #18 – Sammi Cannold & Dori Berinstein: The Show Must Go On (with Andrew Lloyd Webber)

For the first time ever, we have two amazing guests on the show.

Dori Berinstein and Sammi Cannold directed and produced the Apple TV Documentary, The Show Must Go On which chronicles the race against time to save live theater in the wake of a global pandemic. The film focuses on some of the theater-makers determined to win the race.

In March of 2020 and for the first time in history, the performing arts were decimated worldwide when theater shut down indefinitely in every country except one: South Korea. From the frontlines in Seoul, this film follows a company of artists involved in two theatrical productions–the World Tour of The Phantom of The Opera and the South Korean Tour of Cats–two of the productions that pushed ahead safely during the pandemic and helped show the way forward. And a continent away in the UK, the film simultaneously follows Andrew Lloyd Webber, composer of Cats and The Phantom of the Opera among others.  Webber used the example set by his Korean colleagues to fight for theater’s future on the West End and beyond.

The Show Must Go On chronicles the survival of the performing arts and the worldwide resuscitation of an artform with the fate of a global industry at stake. But more importantly, the film tells a human story – one of the resilience of storytellers and their determination to come together to heal, create, and inspire.

Stream The Show Must Go On on Apple TV+ today!

Our guests have inspiring bios:

Dori Bernstein is an Emmy Award-winning documentarian, a four-time Tony Award®-winning Broadway producer, and an Olivier Award® winner. Berinstein most recently joined Ryan Murphy as producer of the Golden Globe Award®-nominated Netflix feature film adaptation of her musical The Prom.  Dori is also Co-Founder/CEO of the Broadway Podcast Network. Find Dori on Instagram.

Sammi Cannold is a director who is one of Forbes Magazine’s 30 Under 30 in Hollywood & Entertainment, has worked for CBS, Nickelodeon, Paramount+, and Cirque du Soleil. This is your first documentary feature, and upcoming projects include several new musicals, revivals, and feature films. Associate director credits include the Broadway production of GREAT COMET. Outside of her work in theater, film, and TV, Sammi currently serves as Senior Case Manager for Human First Coalition, an organization dedicated to providing humanitarian aid in Afghanistan. Sammi holds a B. A. from Stanford University and an M.A. from Harvard University. Find Sammi on Instagram.