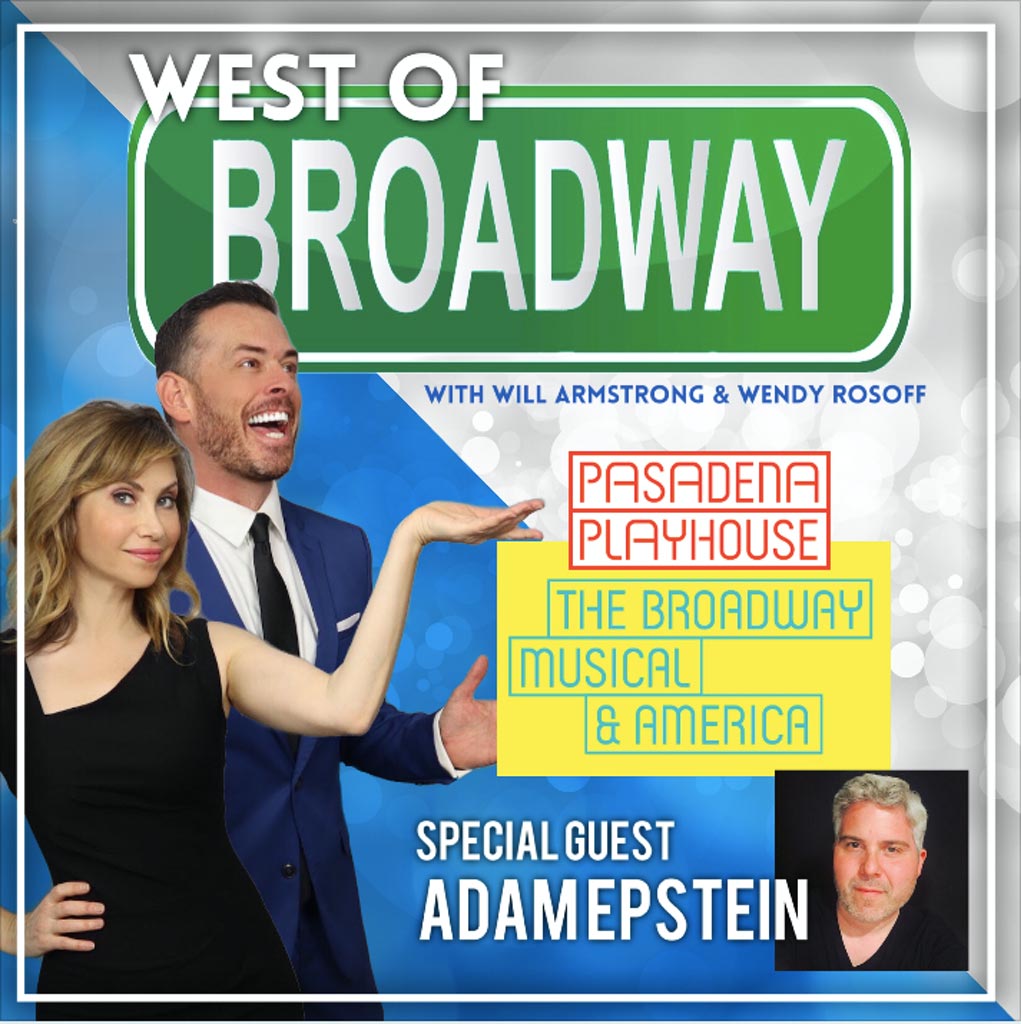 Will & Wendy get a chance to talk to the captivating and brilliant Adam Epstein about his upcoming 11-week online course presented by the Pasadena Playhouse.

The Broadway Musical and America is intended to give students a broad overview of the American musical from Oklahoma to the present. The course situates the form as a distinctly American phenomenon and which both influenced and was influenced by the American political landscape since the end of World War II. The course, which will include special Broadway guests, will survey classic works of musical theater, and we will engage, discuss and think about why the Broadway musical has endured as an important American art form.

Hosted by Adam Epstein, a theatrical producer whose productions have received 46 Tony nominations and garnered 12 Tony Awards, one of which Adam himself received as a producer of Hairspray in 2003. Adam’s other credits include A View From a Bridge, The Crucible, Amadeus, The Wedding Singer and Cry-Baby. In the West End, both his productions of Amadeus and Hairspray earned multiple Olivier nominations and Hairspray was awarded a record 11 nominations, winning four, including Best Musical. An adjunct faculty member of NYU, (which is also his alma mater,) Adam has also been a guest lecturer at Harvard, Columbia and the University of Miami. Adam recently graduated with his Master’s degree in American Studies from Brown University, and he is currently working in political journalism and media.

You can follow Adam on Instagram @Akepstein and while you’re at it feel free to follow @Wendy_Rosoff and @WillArmstrongPR. for the latest in West of Broadway news. BroadwayPodcastNetwork.com/podcasts/west-of-broadway is how you can keep up with us and find past and future episodes.