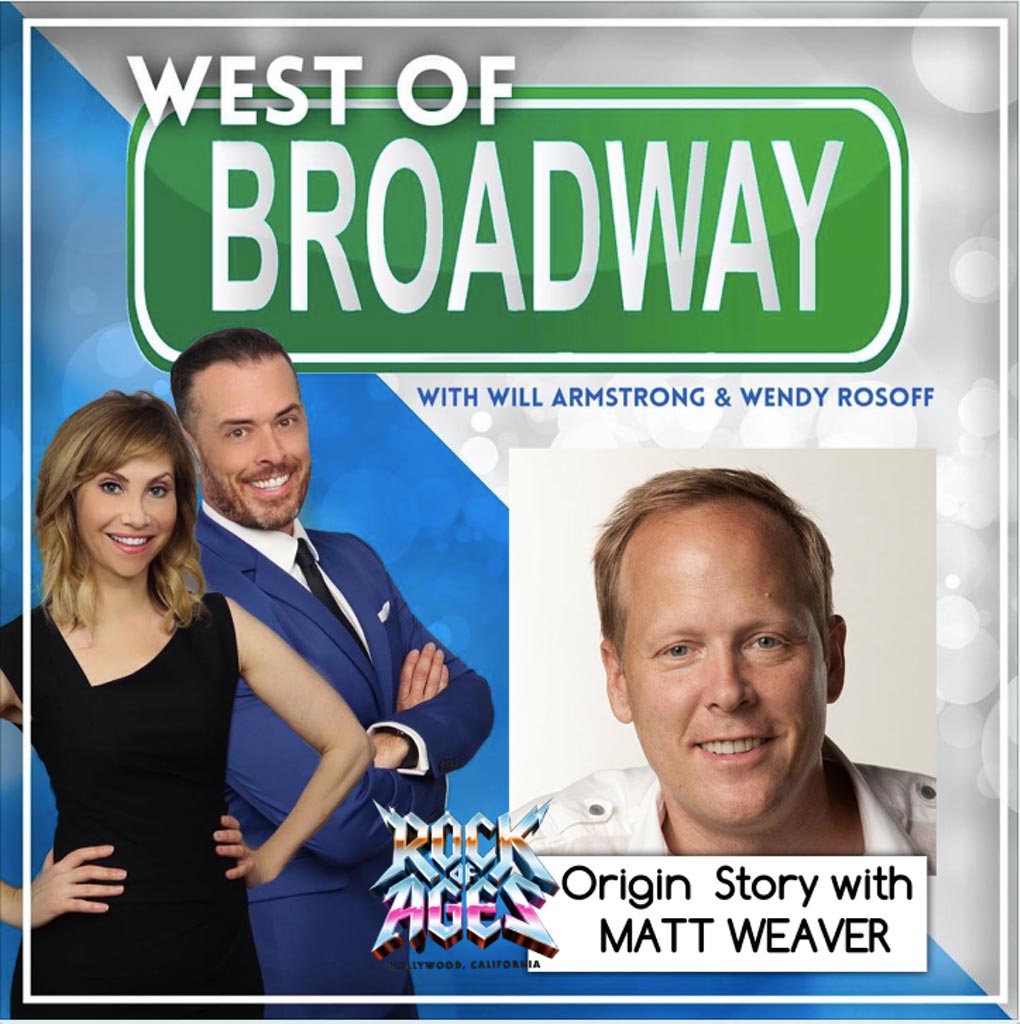 On this episode of West of Broadway, Will Armstrong and Wendy Rosoff connect via ZOOM with Producer and Creator of Rock of Ages Musical to find out how he and the cast are doing and to learn about how this unexpected musical hit found it’s way all the way to Broadway and back home to Hollywood.

Matt Weaver and a tenacious team of creatives took a terrific idea and made it one of Broadways most successful and longest running hits of all time. In this very cool episode, Matt Weaver explains how he staffed and cast the show, found multiple theaters to mount and create the musical, amassed funding and sold the film rights to an unproven project all before opening on Broadway!

We also learn how Matt and his team are working to hold things together during this pandemic and how COVID-19 has directly effected one of their beloved cast members.

Matt even shares details about his next musical project with Dominique Morisseau, Ahmir Questlove Thompson, Camille A. Brown and Kamilah Forbes. “Soul Train” the musical is currently in development with an opening set for 2021!

Rock of Ages Hollywood at the Bourbon Room is set to reopen as soon as the quarantine is lifted and life gets back to normal. Until then, keep up with the cast on Instagram at @RockofAgesHollywood!