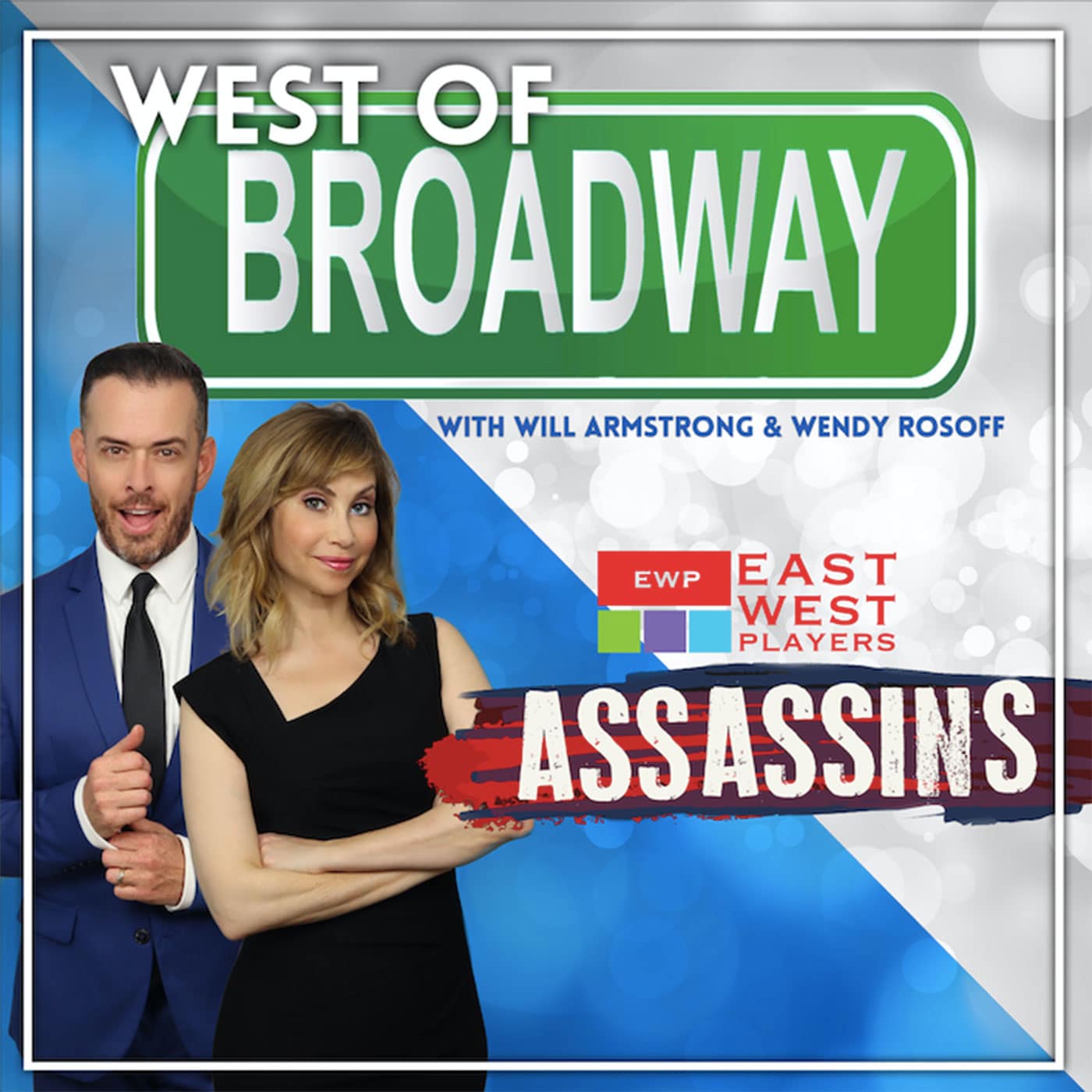 On this episode of West of Broadway Will Armstrong and Wendy Rosoff speak with Gedde Watanabe and George Xavier, two cast members of East West Players’ Spring 2020 production of the award-winning Broadway musical Assassins.

Will and Wendy first speak with Gedde Watanabe – famous from appearing in John Hughes’ Sixteen Candles, and his stage appearances include the original Broadway production of Sondheim’s Pacific Overtures. Gedde discusses his process and character development as well as his experience working with the East West Players. George, A former student of Wendy’s talks about his love for musical theater and his appreciation for working with such an inspiring cast.

All performances of Assassins will be staged at the David Henry Hwang Theater at the Union Center of the Arts at 120 Judge John Aiso Street, Los Angeles, CA 90012 in Little Tokyo.

Tickets are available at: https://eastwestplayers.org/assassins/