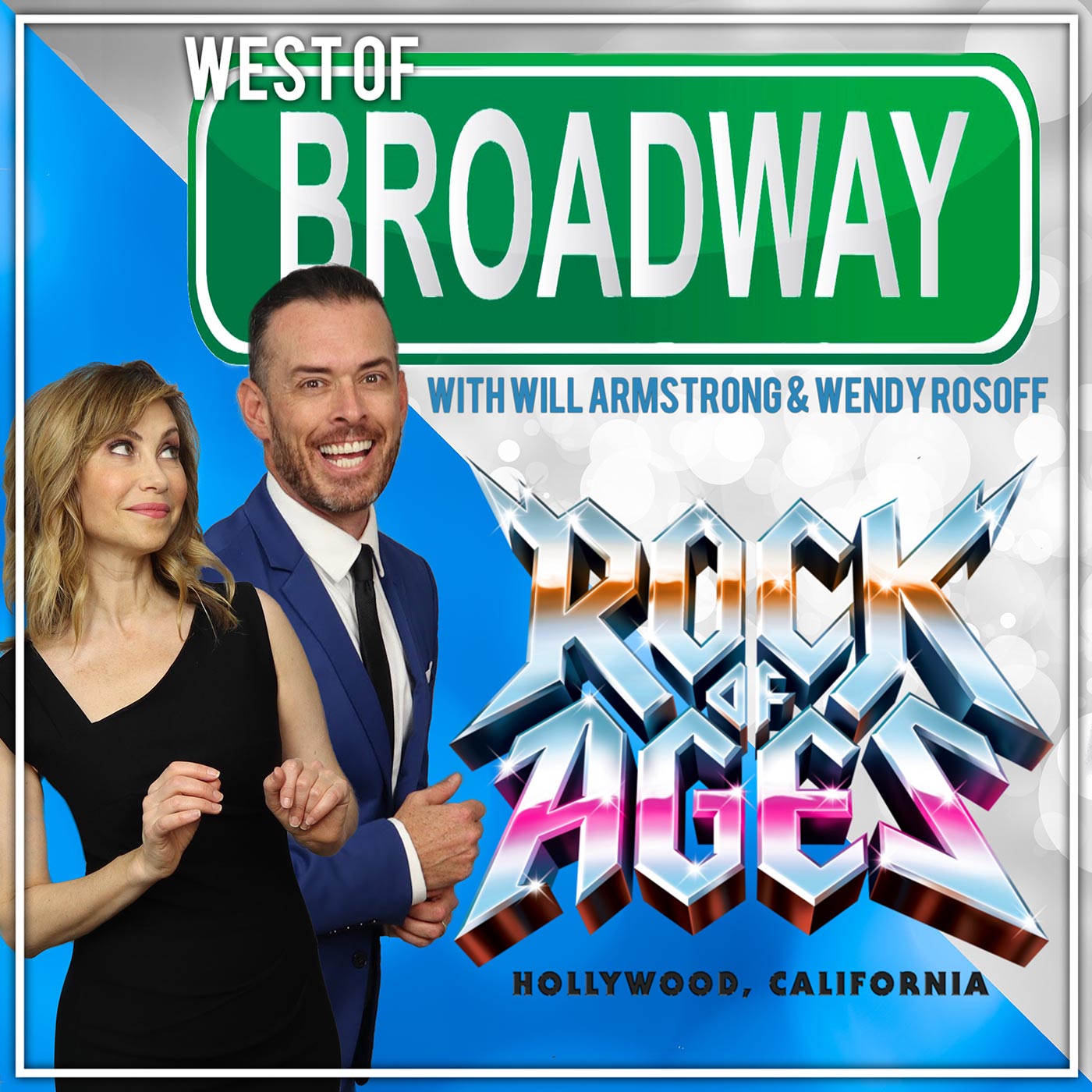 It’s curtains up on a very special episode of West of Broadway, a celebration of musical theatre on the West Coast! with theatre veteran Will Armstrong and introducing West of Broadway’s new co-host Broadway Veteran and all around wonderful human Wendy Rosoff.

Wendy has been a guest several times on West of Broadway but now, she has officially joined the show and we are so grateful for her energy, insight and expertise and she couldn’t have come on board at a better time! We have officially joined the BroadwayPodcastNetwork and we can now be found on broadwaypodcastnetwork.com along with a roster of fantastic theater themed shows.

On this episode, Will and Wendy discuss their time working together on the Broadway Revival of 42nd Street and discuss what some of their old cast mates are up too. They also mention several exciting productions coming to Los Angeles that they look forward to covering on coming episodes.

The podcast really takes off when Will and Wendy discuss their experience with Rock of Ages!. Rock of Ages Hollywood is a unique immersive theatrical experience at The Bourbon Room, the perfect home for the show and Will & Wendy recently got to sit down with 2 of the cast members Regina Lavert and Justin Ray.  Regina and Justin share some behind the scenes info about putting the show together and share their individual paths that lead them to Hollywood Boulevard’s newest attraction.

Great news!!! ROCK of AGES is OPEN ENDED!  But don’t wait. Get your band of friends together and make a night of it! Tickets are available at RockofAgesHollywood.com.

You can follow Regina on Instagram @ReginaLavert and Justin is @Just2nray and while your’e at it feel free to follow @Wendy_Rosoff and @WillArmstrongPR. for the latest in West of Broadway news. BroadwayPodcastNetwork.com/podcasts/west-of-broadway is how you can keep up with us and find past and future episodes. Speaking of future episodes, we have some great shows to cover! Escape to Margaritaville and Book of Mormon are coming very soon!