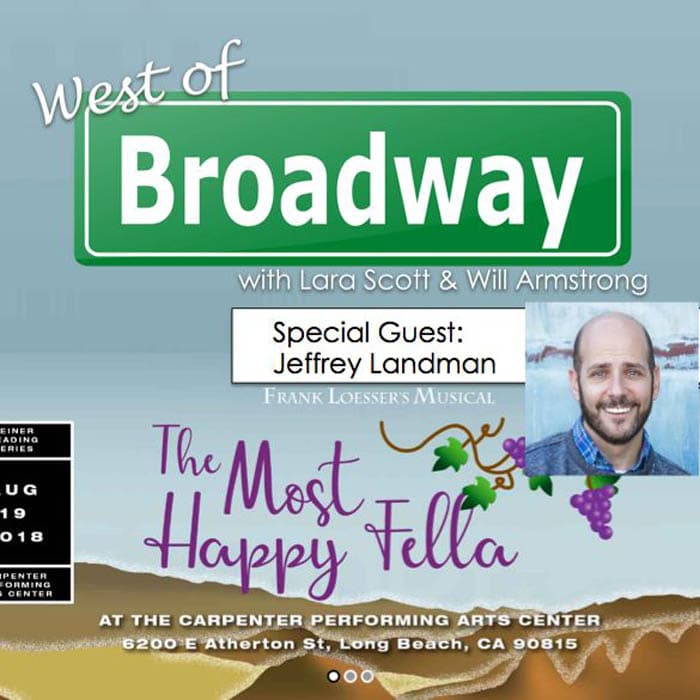 In this short and sweet episode of West of Broadway, Will sits down with Jeffrey Landman to discuss Musical Theater West’s production of Most Happy Fella

From the composer of Guys & Dolls, Frank Loesser’s most ambitious and romantic musical tells the heart-stopping story of unlikely love that blossoms in Napa Valley.

Don’t miss the finale of the last season of the Reiner Staged Reading Series. With a full 23 piece orchestra.

JEFFREY LANDMAN began his career as a child actor in New York where he appeared on Broadway as Gavroche in Les Misérables and as Jason in Falsettos (also national tour).