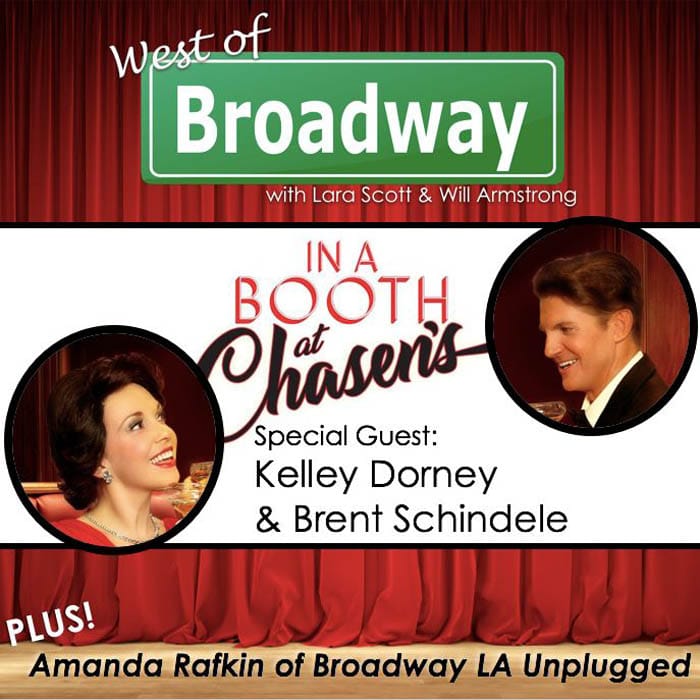 On this episode of West of Broadway, Lara gets to hear about Will’s experience at the El Capitan Theater seeing the premier of the Disney film Nutcracker and the Four Realms. And then, they talk to Amanda Rafkin a Los Angeles-based composer, musical director, and pianist. She is the composer of the new musical The Lightning Howler, formerly titled 300 Bones, and is also the host, producer, pianist and musical director of Broadway LA Unplugged, a bi-monthly acoustic cabaret show.

And then we’ll talk to Kelley Dorney and Brent Schindele the stars of IN A BOOTH AT CHASEN’S is a new musical about the real-life Hollywood romance of ron and nancy Reagan, playing at the El Portal Theatre in North Hollywood November 9 th through the 25 th.