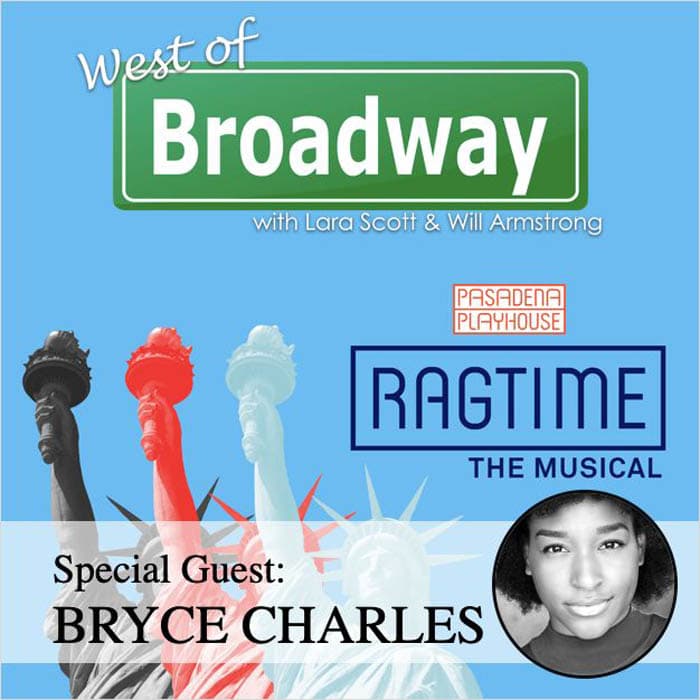 In this special “Mini Episode” of West of Broadway, Lara Scott talks with Bryce Charles who is starring as Sarah in Pasadena Playhouse’s production of Ragtime.

Twenty years after its premiere, the great American musical returns to LA. Nominated for 13 Tony Awards including Best Musical, Ragtime tells the story of three families at the turn of the 20th Century in pursuit of the American dream. The award-winning score uses ragtime rhythms to paint a portrait of the people who built this country with the hopes for a brighter tomorrow.