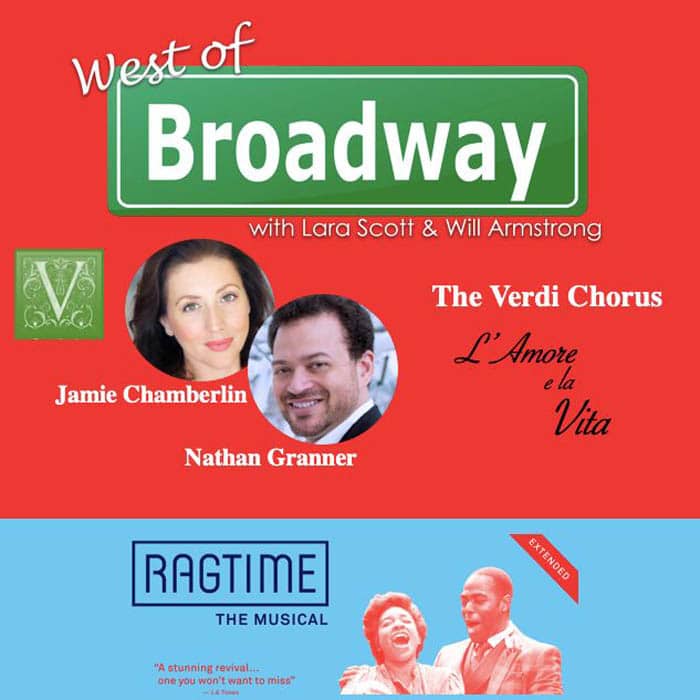 On this episode of West of Broadway, Will and Lara get to speak with 2 of the stars of the 36 th Season of The Verdi Chorus Spring 2019 Concert
L’Amore e la Vita
(Love and Life)

After that, Will tells Lara all about his experience at Pasadena Playhouse’s production of Ragtime which has been extended to March 9th. Tickets are available at: https://www.pasadenaplayhouse.org/event/ragtime/