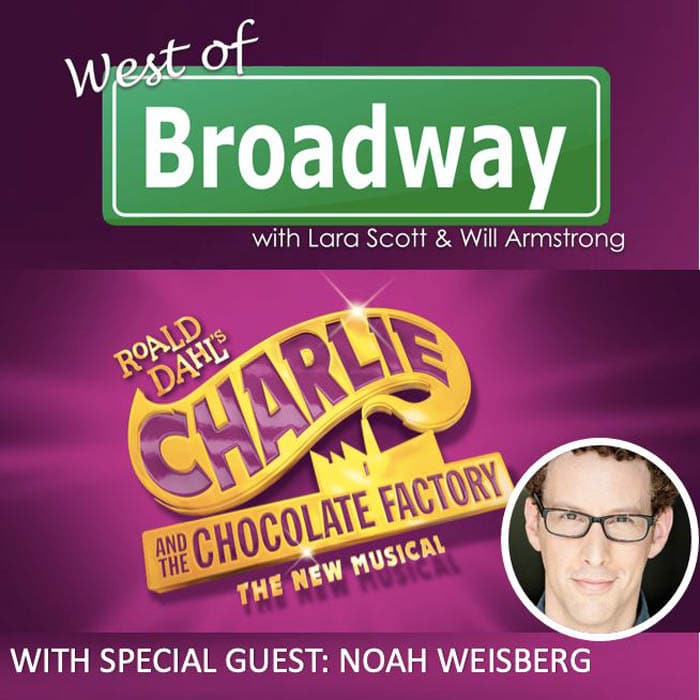 On this special mini episode of West of Broadway, Will and Lara talk with Noah Weisberg who is currently staring as Willy Wonka in the National Tour of Charlie and the Chocolate Factory. Now playing at the Segerstrom Center for the Arts til Sunday June 9th.

The show tells the story of Willy Wonka, world-famous inventor of the Everlasting Gobstopper, who has just made an astonishing announcement. His marvelous — and mysterious — factory is opening its gates…to a lucky few. That includes young Charlie Bucket, whose life definitely needs sweetening. He and four other golden ticket winners will embark on a mesmerizing, life-changing journey through Wonka’s world of pure imagination.