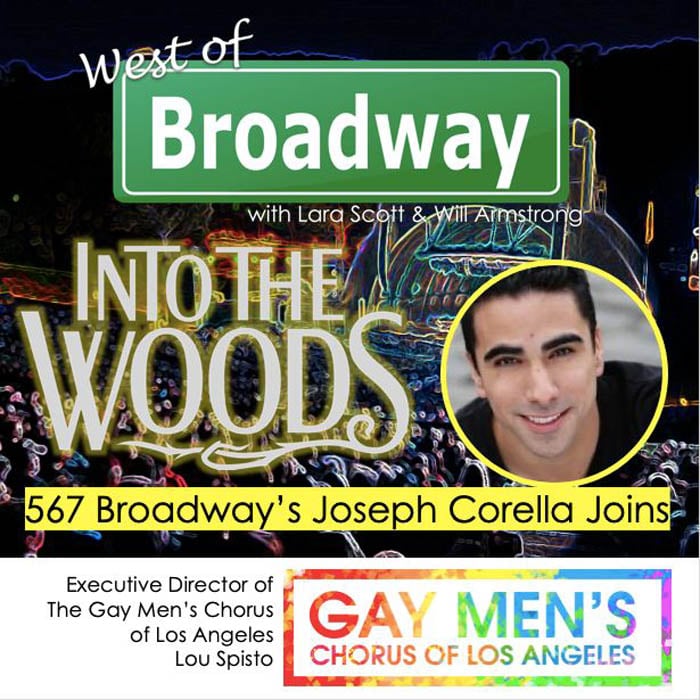 Super excited about this episode! Lara and Will are joined in studio with 567 Broadway creator and friend of the pod Joseph Corella to discuss Will and Joseph’s night at the Hollywood Bowl seeing opening night of the star studded 3 day run of Into The Woods and then, they are joined by Executive Director of The Gay Men’s Chorus of Los Angeles Lou Spisto to tell us all about the 40th Anniversary Gala Concert featuring Chrissy Metz and Shoshana Bean at the Walt Disney Concert Hall on August 16, 2019 at 7:30 pm